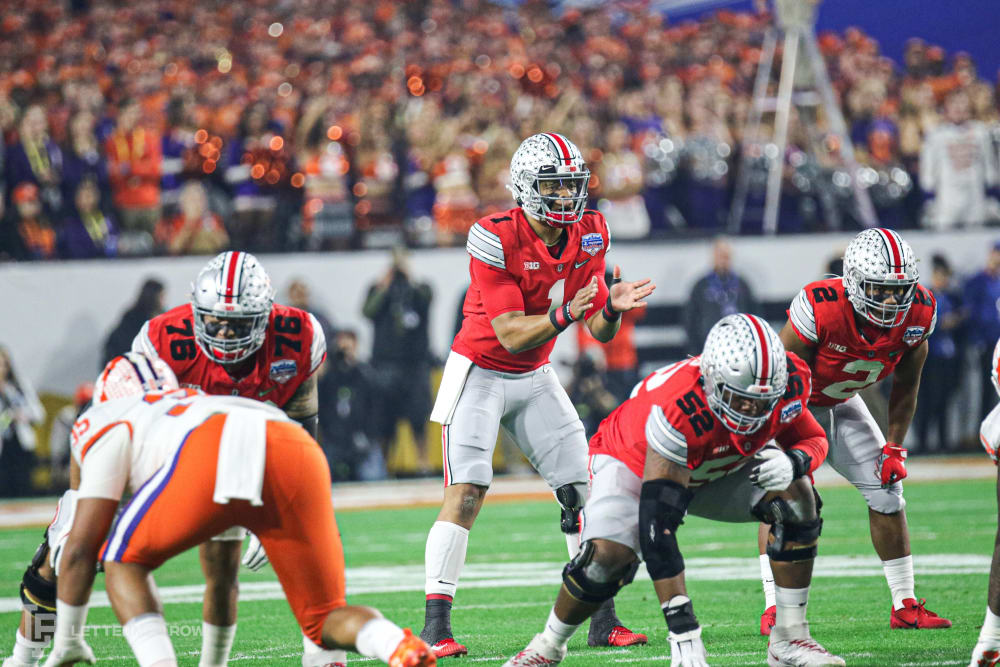 Justin Fields and the Buckeyes will have another crack at Clemson. (Birm/Lettermen Row)

COLUMBUS — For the Ohio State offense, the challenge it faces Friday night from Clemson’s defense must seem like déjà vu — all over again.

The Tigers defense is run by the venerable Brent Venables, whose reputation for throwing curveballs, sliders and changeups at an offense just to keep primarily the quarterback and his guardians off balance is now in the realm of legend. The Buckeyes know it first hand, and the test will be just like it was a year ago when they took on the Tigers in another College Football Playoff semifinal, won by Clemson 29-23.

“They do a lot of stuff on defense — Brent Venables is a great defensive coordinator,” Ohio State quarterback Justin Fields said. “So we’ve just got to come out there prepared and execute on the field.”

Some even have said Venables and his staff have gained an edge over the years by deciphering the offensive play calls, which in this era are signaled from the sidelines by three or four coaching assistants – most of them decoys – whose frantic gestures often look more like someone fighting off a hornet attack. But hey, those signals are out there for anyone to see. And of course adjustments are going to be made as a game moves along. 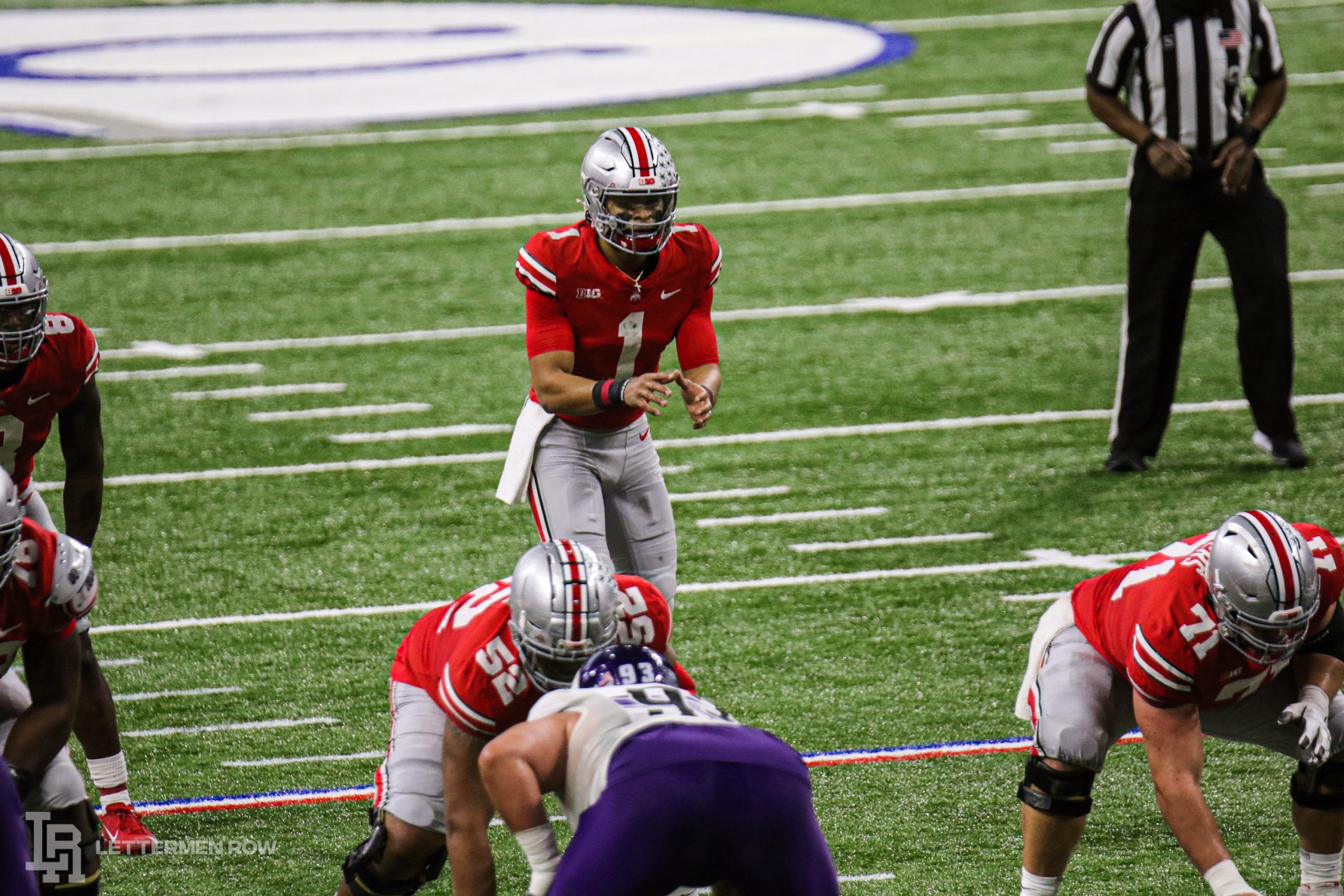 Ohio State quarterback Justin Fields is looking to bounce back from a rough outing. (Birm/Lettermen Row)

One thing is for sure, in almost every game Clemson seems to pull off a couple of defensive plays or more which swing the momentum.

“He’s one of the best defensive coordinators in college football,” Ohio State coach Ryan Day said. “He does a great job calling the game. He seems to always know exactly what the other team is doing in terms of the plays that they’re running, each play. He seems to call the right defense into that play a lot.

“Why that is, I don’t really know, but I can tell you he’s been doing it for a really long time and it’s a good challenge.”

But Ohio State faced the same challenge a year ago in the Fiesta Bowl. The evidence showed that the Buckeyes outgained Clemson 516 to 417 in total yards.

What it also showed was Ohio State blew a 16-0 lead. Yet in the end the Buckeyes had a shot to win it only to see Chris Olave break off a post-cut route when he thought Fields was scrambling, that otherwise excellent pass from Fields winding up in the arms of safety Nolan Turner.

What hurt Ohio State so much more than defensive calls by Venables was lack of “execution” in the red zone, as Fields recalled. Especially a couple of near miss passes to then-running back J.K. Dobbins stick in the minds of Ohio State, as well as a non-called pass interference in the end zone.

The Buckeyes had to settle for three field goals in the first 22 minutes on the way to that 16-0 lead when otherwise they had dominated the Tigers. Couple that with a replay official taking a touchdown away from the Buckeyes on an outrageous reversal of what appeared to be a legitimate strip-scoop-and-score in the second half and it’s likely few would be talking that much about the Venables factor this time around. 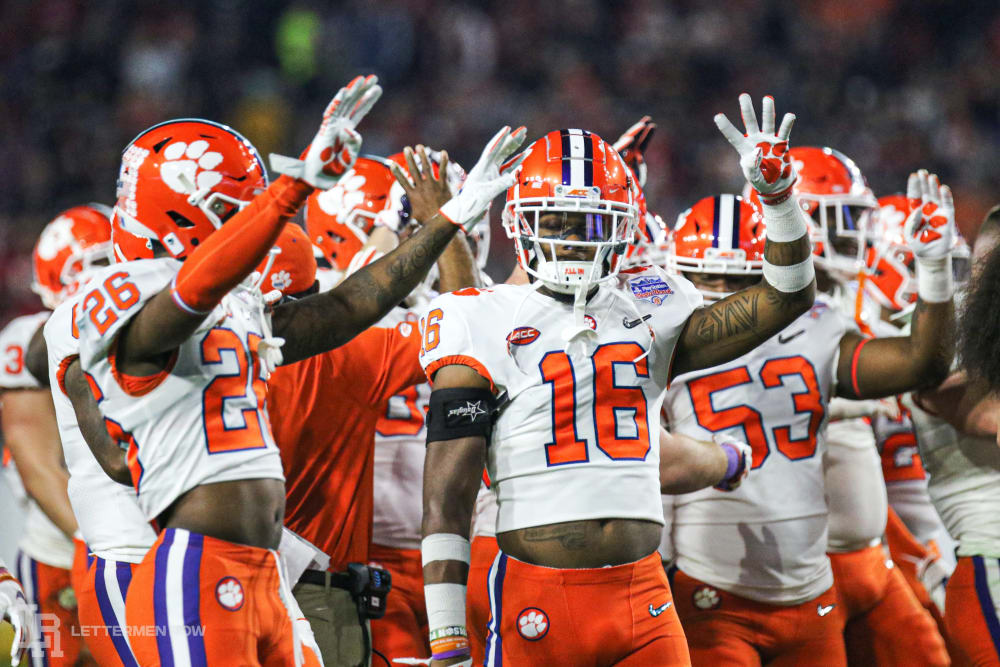 That’s not to lessen the challenge the Ohio State offense faces again Friday night. But there is familiarity with it, having seen the Venables defense just 12 months ago.

“Definitely experiencing it helps, because you know, it’s hard to replicate [such] a game in practice,” Ohio State tight end Luke Farrell said. “We’ve had the experience not too long ago, so that’s definitely good to have.”

The key is keeping an eyeball on everybody, especially for Farrell and fellow tight end Jeremy Ruckert, who will be out on the edge of the line more often than not trying to figure out what stunt Venables has called or whom he might be sending blitz wise.

“I can be blocking anybody from a defensive end to a safety to a corner on any given play,” Farrell said. “[The trick is] identifying that and knowing your job description and how it fits in to that look. I think that’s huge.”

Ohio State offensive coordinator Kevin Wilson has insight into the Venables scheme and way of thinking, most of it gained from seasons as a comrade.

“Having worked with Coach Venables for nine years [when both were on the Oklahoma staff from 2002 to 2010], I know the way he coaches, the way he teaches, the way he leads those guys, the way his kids play, the way their defense plays,” Wilson said. “So you’ve got your hands full.”

As the 2020 Buckeyes know from experience, the Clemson defensive repertoire is deep.

“They throw a lot at you, they’ve got a lot of different stuff,” Farrell said. “Our ability to identify and adjust as the game goes along will be really important. And I think we’re preparing well for anything they throw at us.”