Connect with us
Ohio State will need another defensive effort worth celebrating against Clemson. (Birm/Lettermen Row)

There were a few subtle shots at the Tigers stealing signs. The Buckeyes acknowledged that they weren’t thrilled about the poll voting from Dabo Swinney. And they have made it clear that they don’t feel they are getting the respect that a four-time defending Big Ten champion deserves.

All of that makes Ohio State angry. But for the most part the Buckeyes have kept those emotions from spilling over into a war of words with Clemson ahead of the long-awaited rematch on Friday night, instead simply channeling it all into their preparations for the Sugar Bowl so they can send a message that truly counts.

“When you get into a stage where you are playing against great competition, there’s going to be a lot of conversation leading up to the game,” Ohio State coach Ryan Day said. “That’s what makes college football so great. I think our guys are excited to play in this game, regardless of the situation or what leads up to it. You are in the CFP and you are playing for the national championship.

“I don’t think you need any more motivation other than you’re two games away from winning the whole thing. After this long journey we’ve been on, this is the stage we wanted to be on. So, I think we’re highly motivated, but I’m sure all four teams are.”

The Buckeyes are once again among the final four still standing with a shot at the national title, and it’s no secret which program they wanted to face in the bracket after last year’s stinging defeat to Clemson in the Fiesta Bowl.

Can Ohio State get its sweet revenge in the Sugar Bowl? The Lettermen Row staff has Five Bold Predictions once again to preview what might shake out in New Orleans. 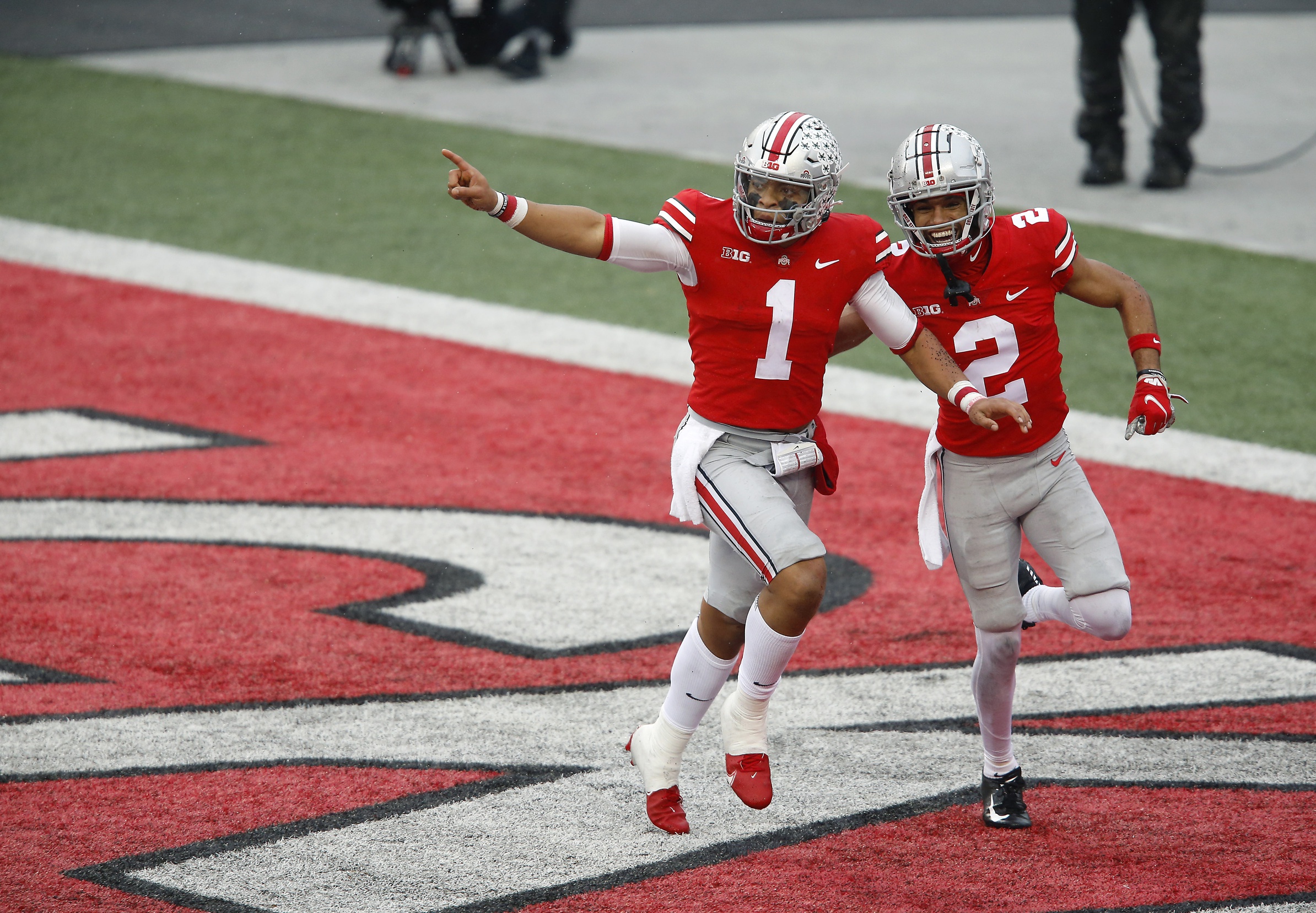 There is simply nobody on the Ohio State roster more motivated than Chris Olave after what happened in the deciding moments of last year’s loss in the Fiesta Bowl. Olave couldn’t eat for days after breaking off his fourth-quarter rout that produced a game-sealing interception, he pushed himself through multiple workouts every day during quarantine and he was forced to watch the Big Ten title game from home after a positive COVID test. The junior wide receiver is unquestionably one of the best playmakers in the country, and he’s proven plenty of times that he can deliver when the stakes are highest. The Buckeyes need Olave at his best — and he will be against Clemson.

Birm: Justin Fields will throw for 350 yards for Ohio State

Ohio State relied heavily on the run game against Northwestern as the Wildcats were able to hem in Justin Fields and a depleted group of Buckeyes receivers in Indianapolis. Fields struggled to make plays in the Big Ten title game, and Clemson is not going to allow a repeat performance from Trey Sermon, choosing instead to put the onus on Fields to beat them through the air. Last year on a bad knee, Fields came close and threw for over 300 yards. This time around he’ll play even better and come close to 400.

Ohio State has to find a way to force turnovers. It’s not easy to stop the generational talent that is Trevor Lawrence, and turning him over isn’t either. But Tigers running back Travis Etienne has had some issues with putting the ball on the ground, especially in big games this season. The Buckeyes have a talented run defense that can stuff Etienne. He’ll have a fumble, and a Lawrence strip sack will be a huge factor, too. Maybe this year, a Clemson fumble won’t be overturned by questionable officiating. 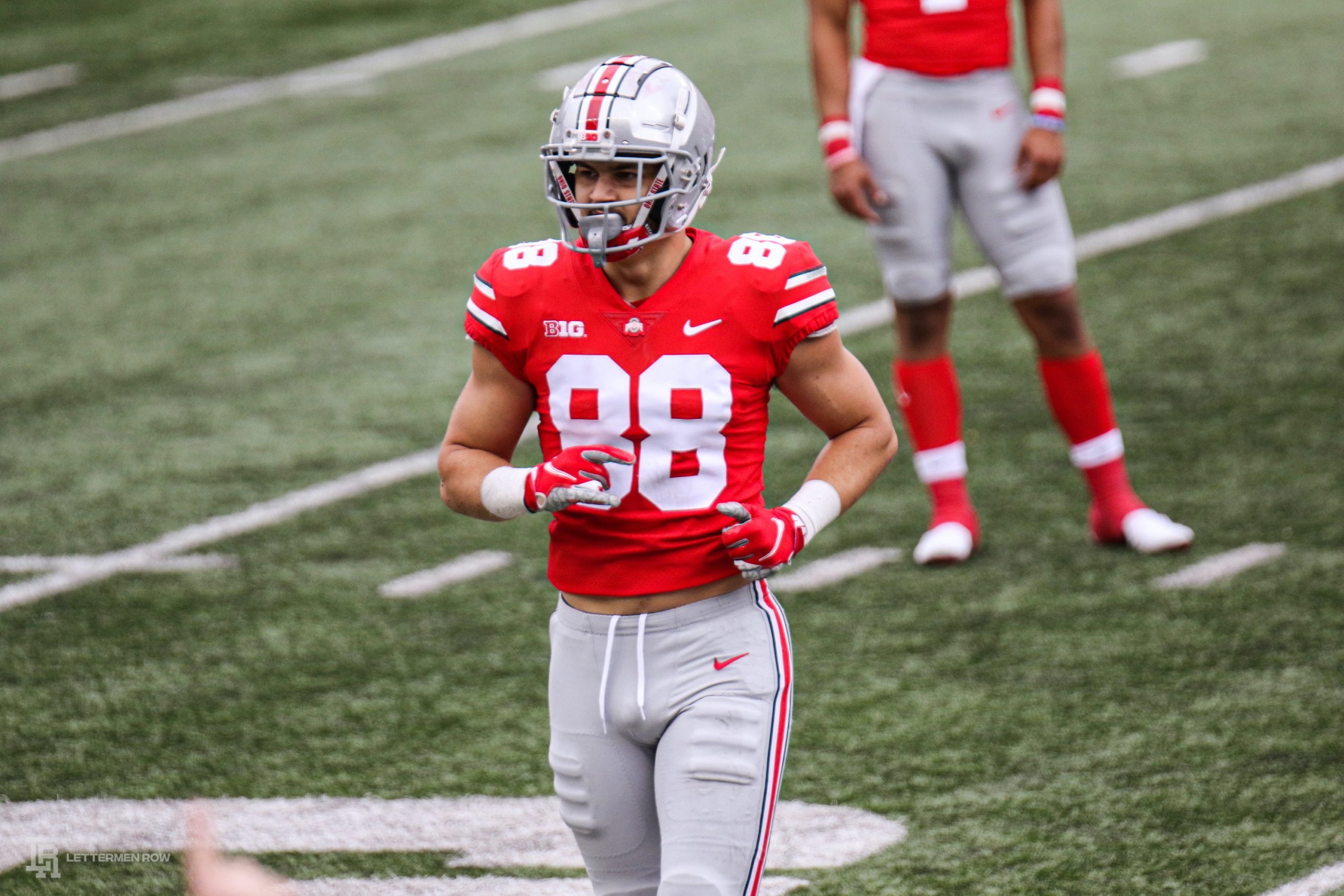 Tim May: Jeremy Ruckert will be Ohio State difference-maker

Of course folks are expecting Justin Fields to bounce back from a tough (passing) Big Ten title game win over Northwestern, mostly because his favorite receiver Chris Olave is expected to return and ready to make amends for last year’s catastrophic broken-off post route against Clemson which doomed Ohio State. As much as Trey Sermon ran and ran to the rescue against Northwestern, everyone knows coach Ryan Day prefers to throw as much as run. So, this prediction leans on that characteristic of Day — but with a twist. Olave and Garett Wilson will get their catches, but another large amount of the wrecking will be done by tight end Jeremy Ruckert. It’s about time, right? There is a possibility Ruckert could declare for the NFL draft soon after this ridiculous season is done, and since the Buckeyes now are in the sudden-death phase of the proceedings, they might be running out of chances to take advantage of a man who always seems to be open. Now’s the time.

Will Crall: Trey Sermon will run for 250 yards for the Buckeyes

The postseason momentum is going to continue for Trey Sermon, and the Ohio State tailback will validate his record breaking 331-yard effort against Northwestern by running for more than 250 yards against Clemson. It will be interesting to see if Ohio State’s passing game is in-sync early in the game. If it looks shaky, I would expect to see Ryan Day commit to the run game a lot sooner than he did against Northwestern. Sermon was unstoppable running behind the Buckeyes elite offensive line, especially the right side with Wyatt Davis and Nicholas Petit-Frere. The prediction here is that Sermon will find his groove for the second straight game.