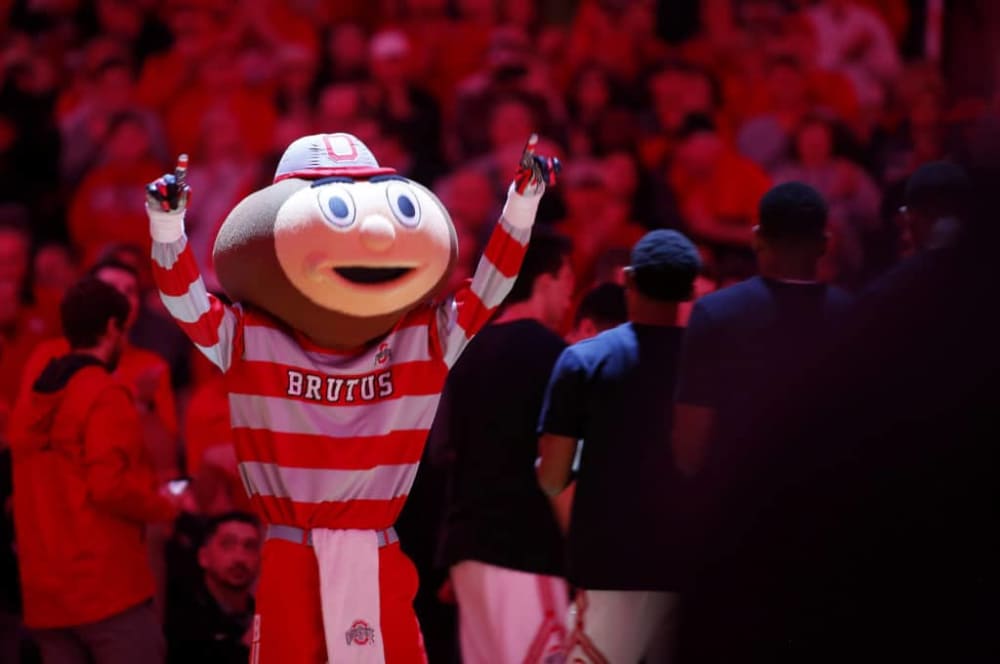 CBS Sports named Ohio State the top athletic department for the 2017-18 season on Wednesday, with the Buckeyes edging out Alabama, Oklahoma, Michigan and Duke. Those standings look different from the Director’s Cup standings, so what gives? Well, here’s the CBS Sports explanation for how it calculates the honor, which basically boils down to “it’s better to do well in the sports people actually watch”:

The National Association of College Directors of Athletics (NACDA) has been ranking athletic programs for years by weighing every sport equally, meaning a football national title is worth the same number of points (100) as a women’s water polo title. We tweaked the formula in 2013, providing additional weight toward sports with more broad fan bases and media interest. We rate every FBS school in three sports — football, men’s basketball and women’s basketball — along with two “wild cards” among the school’s most successful spectator sports: baseball, softball, volleyball, soccer, gymnastics, lacrosse, hockey and wrestling. The weighted formula puts 2.5 times as much emphasis on football compared to women’s basketball and the “wild cards;” men’s basketball is worth twice as many points.

Fair enough. While it’s probably more prestigious to have the type of top-to-bottom success that gives Stanford the Director’s Cup each year, it makes just as much sense to me to have an award that rewards schools for success in the most prominent sports. After all, if Ohio State didn’t have such a high level of success in football it wouldn’t have a rowing team. Boats are expensive!

It’s been a minute since Ohio State landed a football player from Washington, but that could change in the next couple of years. Class of 2020 5-star linebacker and Seattle native Sav’ell Smalls has some Buckeye State connections as well as some interest in the program.

“My mom was originally from Ohio,” Smalls told Lettermen Row. “I have a lot of family who lives in Cleveland. I grew up watching those Buckeye leaves on the helmets, because I loved the stickers on helmets look when I was younger.”

Though he’s listed as a linebacker, he could grow into a defensive end and Ohio State’s success there hasn’t escaped his eye.

“They put out a ton of defensive linemen, and they definitely develop them,” he said. “Joey Bosa was one of my favorite defensive ends in college.”

The mission commander of the daring rescue of 12 members and the coach of a Thailand soccer team also happens to be an Ohio State alum. The Columbus Dispatch wrote about the former Buckeye graduate student after the school’s College of Engineering learned of the connection:

“Narongsak Osottanakorn, 57, is the governor of Chiang Rai, a northern province of Thailand where the caves are located,” the Dispatch wrote. “Narongsak lived in Columbus from 1985 until 1988 while he was studying geodetic engineering and surveying at Ohio State University. He earned his master’s degree in 1988.

JUST IN: Three remaining divers and a doctor are now out of the cave, mission commander Narongsak Osotthanakorn said at a press conference, adding that members of the Thai soccer team are in the hospital and will see their families “soon”

Dotting the ‘Eyes: Closer look at Garrett Wilson’s talent, 5-star LB has Ohio State ties
BuckIQ: Ohio State knows how to use tight ends — and should do it more