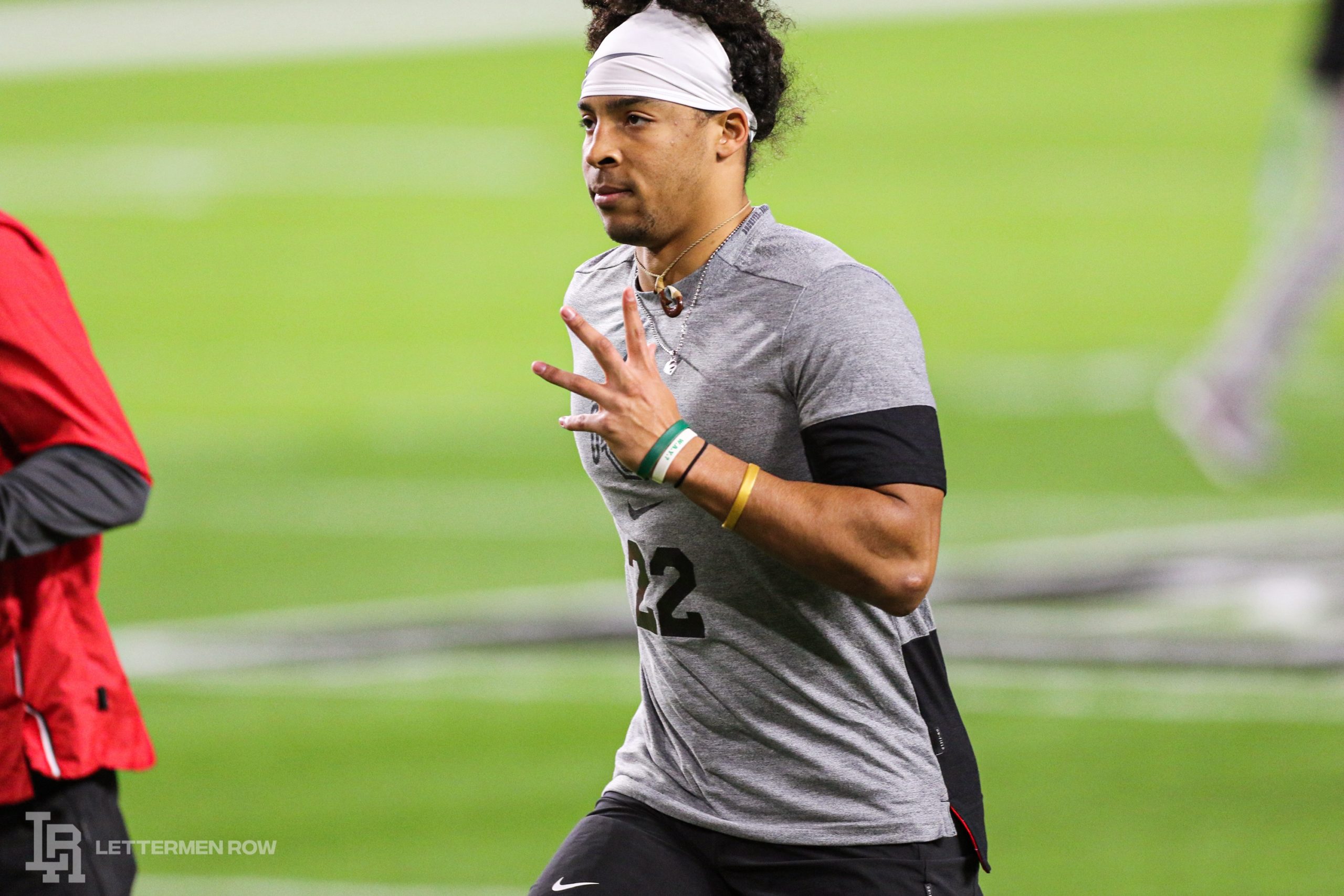 Ohio State running back Steele Chambers could be an option to play defense. (Birm/Lettermen Row)

The speculation, debate and conversations about Ohio State never end, and Lettermen Row is always ready to dive into the discussions. All week long, senior writer Austin Ward will field topics about the Buckeyes submitted by readers and break down anything that’s on the minds of the Best Damn Fans in the Land. Have a question that needs to be tackled, like the one today about Ohio State and Steele Chambers? Send it in right here — and check back daily for the answers.

Ohio State is overloaded with talent at running back.

The linebackers have to replace four seniors and the entire starting lineup.

Steele Chambers has shown that he can flash on offense.

The highlight reel in high school was absolutely ridiculous on defense.

Chambers is a violent, physical runner — but fumbling issues have popped up that will make it more challenging to climb the pecking order on offense.

Chambers has a clear affinity for contact and can clearly pack a punch — and imagine if he didn’t have a football in his hands. 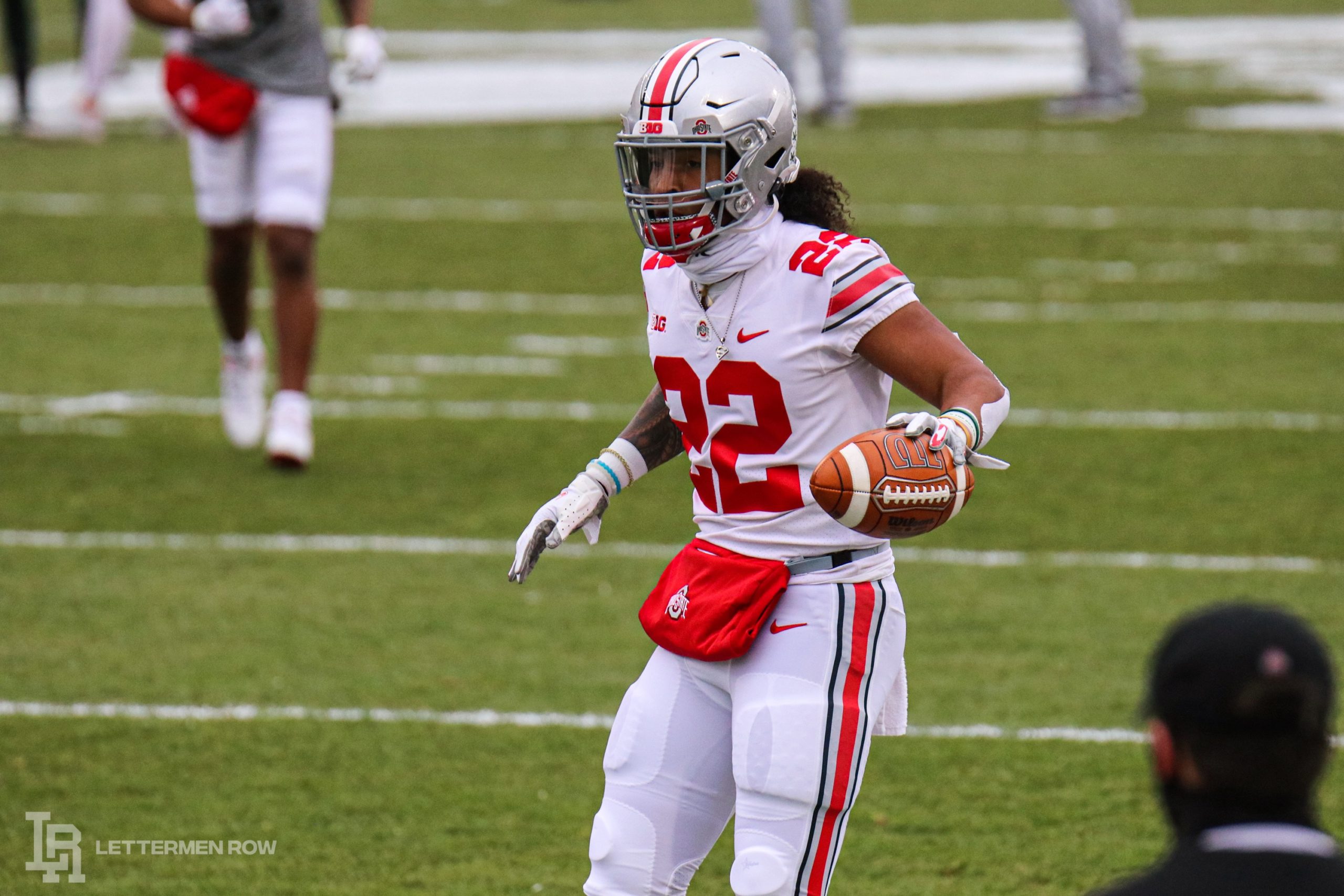 The Buckeyes aren’t afraid to make position changes when the right move presents itself, and this might be the easiest switch to project in a long time. It might not be fair to call it a no-brainer since Steele Chambers surely still has plenty of self-confidence in his ability to compete at running back, but the move certainly would appear to be a win-win proposition for everybody in the long run.

There is no question that Chambers has the potential to be an effective tailback at the Power-Five level, and Ohio State wouldn’t have spent the last two seasons developing him at the position if it didn’t believe so as well. By no means whatsoever are there indications that the Buckeyes are giving up on him in the backfield. But there were clearly concerns about the ball-security issues that popped up early last season when he was given some opportunities in key situations. Considering how tight the race will be to replace Trey Sermon as the lead rusher, every detail is magnified — and that could be tough to overcome.

But Chambers has a fallback plan that most tailbacks don’t, and there were plenty of recruiters who believed that his best position might actually be at linebacker when he was coming out of Georgia two years ago. At least one teammate has already rediscovered that by flipping through some old high-school tape, seeing Chambers pop as a relentless tackler who can work sideline-to-sideline and punish ball-carriers when he arrives at the collision point. And while Ohio State has a handful of linebackers who have paid their dues and are ready for their shot with the Silver Bullets, that unit could surely benefit from having another versatile option on hand this spring.

Decisions like a position change are never taken lightly by the Buckeyes, and they don’t have any chance of succeeding unless both the player and the program are on the same page. But if that happens with Steele Chambers, the clearest path to making an impact at Ohio State might just be on the other side of the ball.