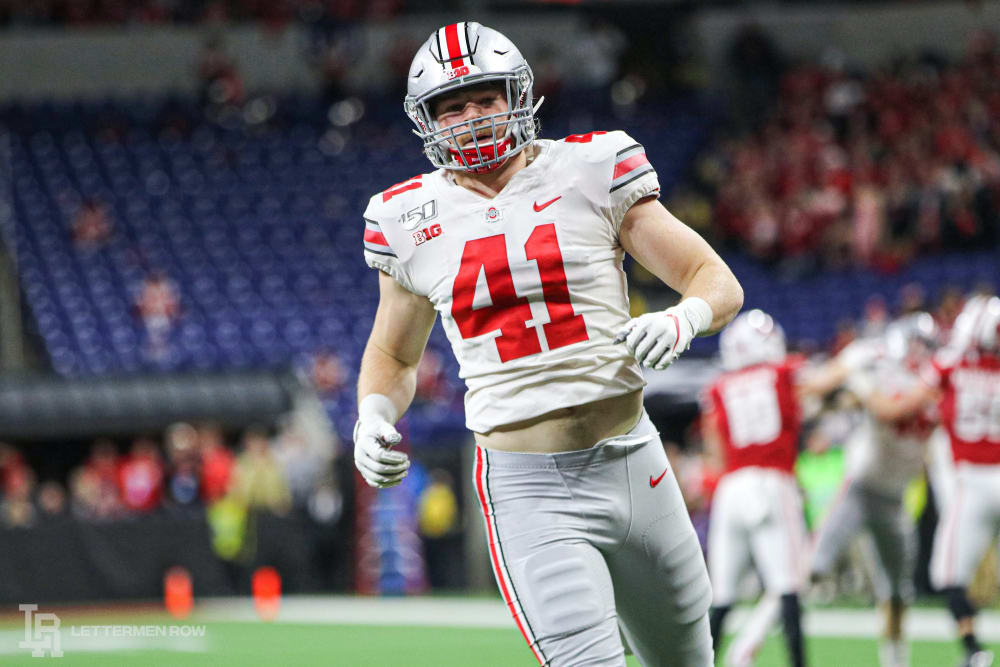 Tommy Eichenberg is building toward a breakout for Ohio State. (Birm/Lettermen Row)

COLUMBUS — Ohio State has plenty of intrigue as it prepares to enter spring practice.

After the 15 sessions in March and April were canceled last season, the Buckeyes are scheduled to have a full slate of practices this spring to sort out the roster and depth chart before summer. This year should provide a more normal spring setting than last season.

“I think the thing for us is just that we’re planning on having a somewhat normal spring where we can have six weeks of a lead-up working in the facility and then having a normal spring practice schedule,” Ohio State coach Ryan Day said. “The thing that isn’t different is that we’re still in protocols. We still can’t have a lot of group things together. We have to make sure that we’re still following all those things. We’re still being tested and all that.

Assuming the Buckeyes can be together for spring practice, there are certainly obvious questions that need answered before the four-time defending Big Ten champs adjourn for the summer: Who will have the upper hand at quarterback? How do the Buckeyes improve the secondary? Who will replace Tommy Togiai on the interior?

But there are numerous other intriguing position battles and storylines as Day enters Year Three at the head of the program. Which Buckeyes will turn heads, surprise the coaching staff and have a breakout spring? Lettermen Row is breaking down four candidates to do just that. 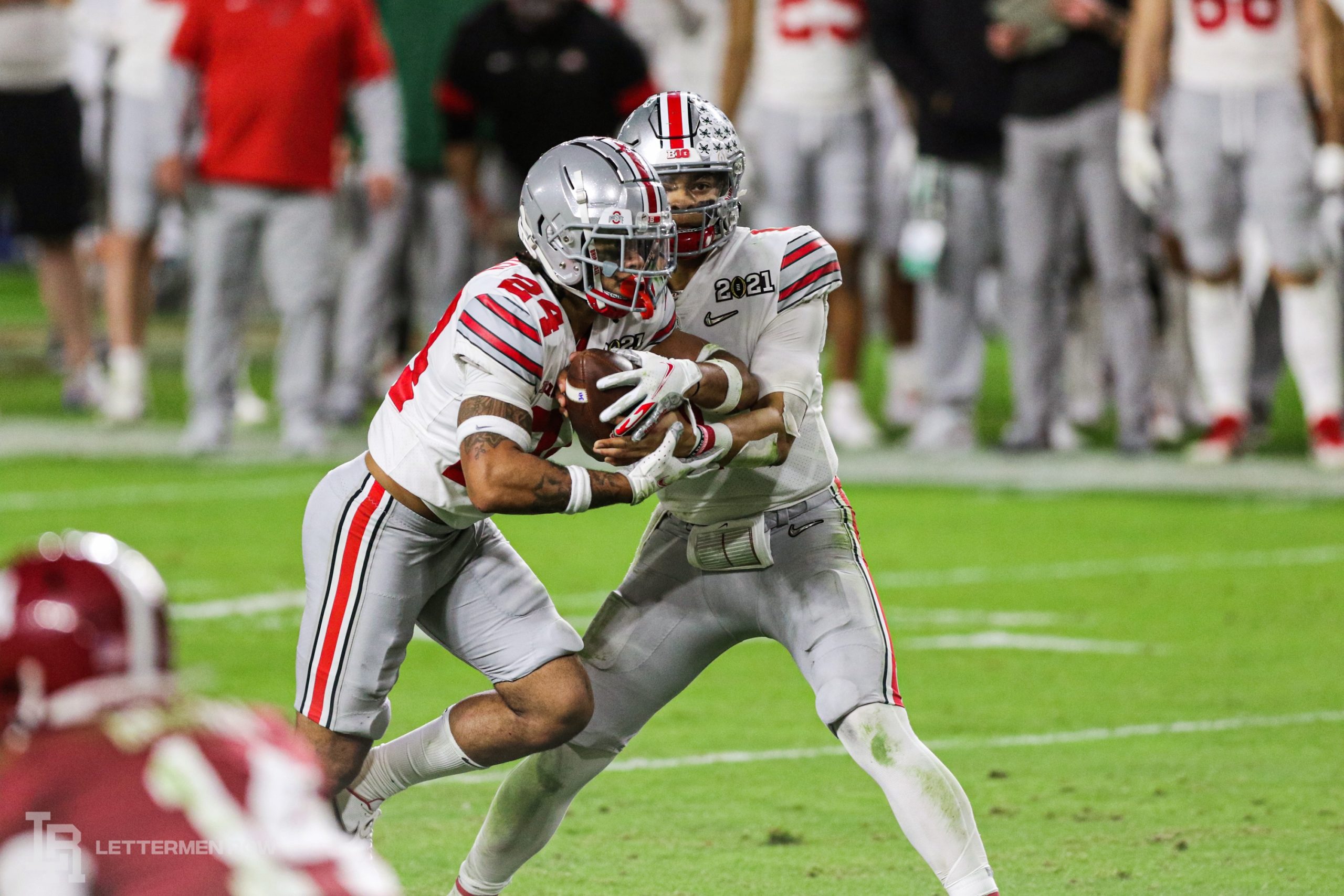 Plenty of attention this spring will be dedicated to the running-back battle that will take place. With returning starter Master Teague, a trio of talented returners with him and two elite freshman entering the fold, Ohio State should be loaded at one of its most important position. So who will win the position battle? TreVeyon Henderson and Miyan Williams seem to be gaining steam as easy answers, but don’t count Marcus Crowley out of the conversation. Crowley received carries in just one game this season — the national title game. And he impressed the Buckeyes coaching staff as he rehabbed back from an ACL tear in 2019. With more time to become fully healthy, Crowley could be a prime candidate to surprisingly win the starting tailback job this spring.

Ohio State was able to field four senior linebackers last year, making that unit the most experienced on the defensive side of the ball. All four of those starters are now gone, leaving a massive hole in the middle of Kerry Coombs’ defense. The Buckeyes have certainly recruited well enough to survive that attrition, and redshirt sophomore Tommy Eichenberg could play a big part in that. Eichenberg has played sparingly through two years, but he appears to have bulked up and looks the part of a starting linebacker in the Big Ten. If he can turn heads in spring practice, he could play a huge role in the reloading of Al Washington’s linebacker unit — and find time in a potential starting role. 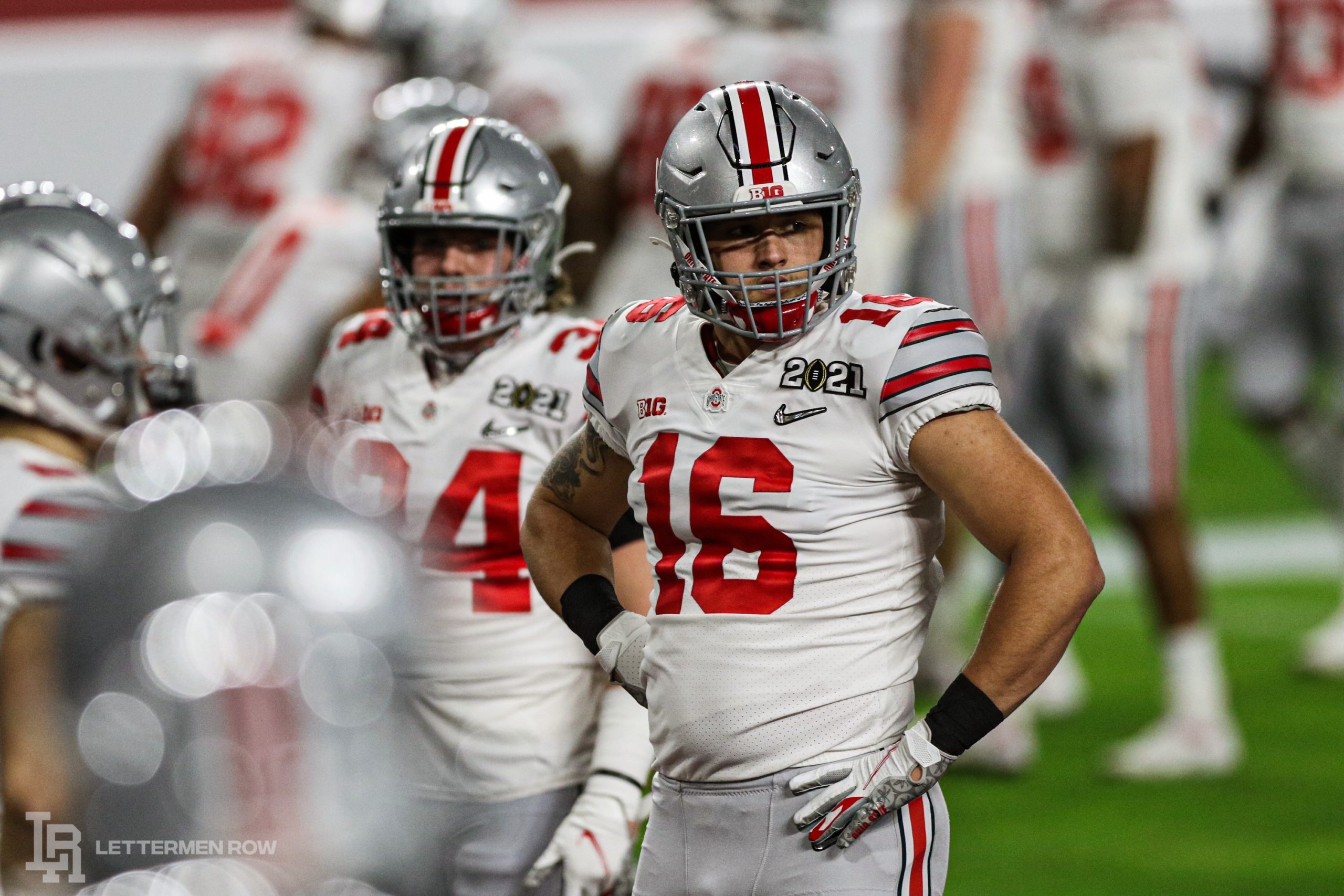 Cade Stover could be an intriguing option at tight end for Ohio State. (Birm/Lettermen Row)

The Buckeyes had one of the deepest tight end units in the country last season. Three talented and capable tight ends — Jeremy Ruckert, Luke Farrell and Jake Hausmann — manned the room. Only one of those three, Ruckert, is returning for the Buckeyes offense, which often features two tight ends and uses them well. Stover made the switch to tight end last spring, and that could pay off this March. Ohio State needs a second capable player in that inexperienced room to complement the future pro Ruckert. Stover’s athleticism and massive build make him a prime candidate to take another step forward in his development and become the second tight end on the roster.

The struggles in the secondary at Ohio State last season are no secret, and the backend is certainly an area that will need to be improved if the Buckeyes want to reach a third-straight College Football Playoff. As the Buckeyes worked through those issues last season, Ronnie Hickman was part of the rotation at safety trying to fix the problems. He’s a fast, physical safety who can play the run as well as defend the pass. An injury kept him from developing in his first year, but he seems to be building momentum for a breakout. Could he be a major part of the solution in the secondary? Spring practice could go a long way in answering that question.