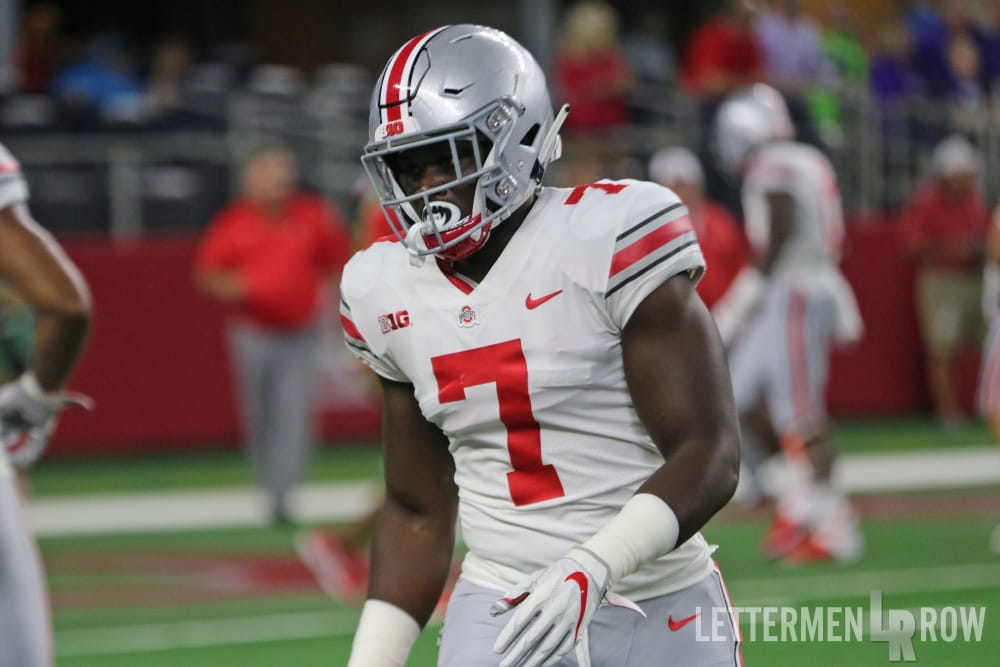 The speculation, debate and conversations about Ohio State never end, and Lettermen Row is always ready to dive into the discussions. All week long, senior writer Austin Ward will field topics on Ryan Day and the Buckeyes submitted by readers and break down anything that’s on the minds of the Best Damn Fans in the Land. Have a question that needs to be tackled, like the one today about Ohio State position battles? Send it in right here — and check back daily for the answers.

What are the top 3 position battles heading into spring?

First things first, Ohio State has to get through the offseason conditioning program and survive Mickey Marotti’s killer workouts. And while some guys have used the winter to make a positive impression and get in line for a starting job, the real work still has to come once the pads come back on in March and April.

As the former coach of the Buckeyes used to make clear: Spring is when much of the depth chart starts to get solidified so training camp can be spent with more focus on gearing up for the season. Odds are that will be the same approach for Ryan Day as he puts his stamp on the program, particularly since many of the key positions already have established veterans back in the mix.

So, which positions will be most critical for Ohio State to sort out before the summer? Let’s start with these three:

Most of the intrigue right now focuses on the waiting game for the waiver appeal from touted transfer Justin Fields. And while Ohio State isn’t taking anything for granted in that regard, assuming that is approved as expected, that will then immediately shift attention to what could be a fascinating battle with Matthew Baldwin. Fields will likely be the odds-on favorite given his arrival as the most decorated recruit in school history, but Baldwin should absolutely not be ruled out as a threat as he finally gets a chance to show what he can do after spending most of last season recovering from knee surgery. Once the redshirt freshman got healthy, Baldwin was flashing his arm strength, hitting his spots with sharp accuracy and offering a reminder why he was a hand-picked recruit of Day’s in the first place. Some of the circus-like atmosphere has cooled off since Tate Martell bolted before the competition could begin, but the Buckeyes will still have one that will be key to determining their championship credentials. 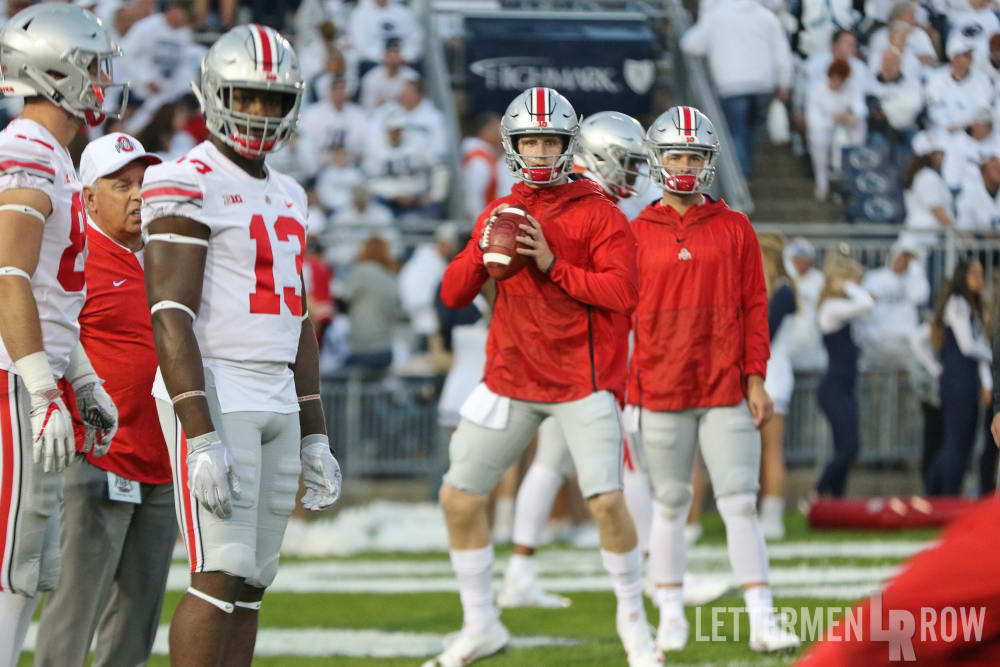 Ohio State quarterback Matthew Baldwin will be a factor in the position battle coming in the spring. (Birm/Lettermen Row)

There is plenty of work to be done as Ohio State rebuilds the offensive line, but the most important step in the process will be figuring out what to do at right tackle. That decision could have a direct impact elsewhere, so identifying the right guy from a group that will likely include Nicholas Petit-Frere, Branden Bowen and Joshua Alabi has to be one of the top priorities for the Buckeyes. There are sky-high expectations for Petit-Frere as a former five-star recruit, and if he’s continued to add bulk and strength to his 6-foot-5 frame, he could be in line for that critical role after a developmental season on the bench. Alabi has played well in spot duty at tackle and can’t be counted out of the mix, but it’s Bowen who really bears watching after complications from his leg injury wiped out virtually all of last season. Bowen had thrived as a guard two years ago before getting hurt, but he wants a shot to show what he can do at tackle. Depending on what shakes out at right tackle, that could determine more than one role if somebody needs to slide back to the inside. 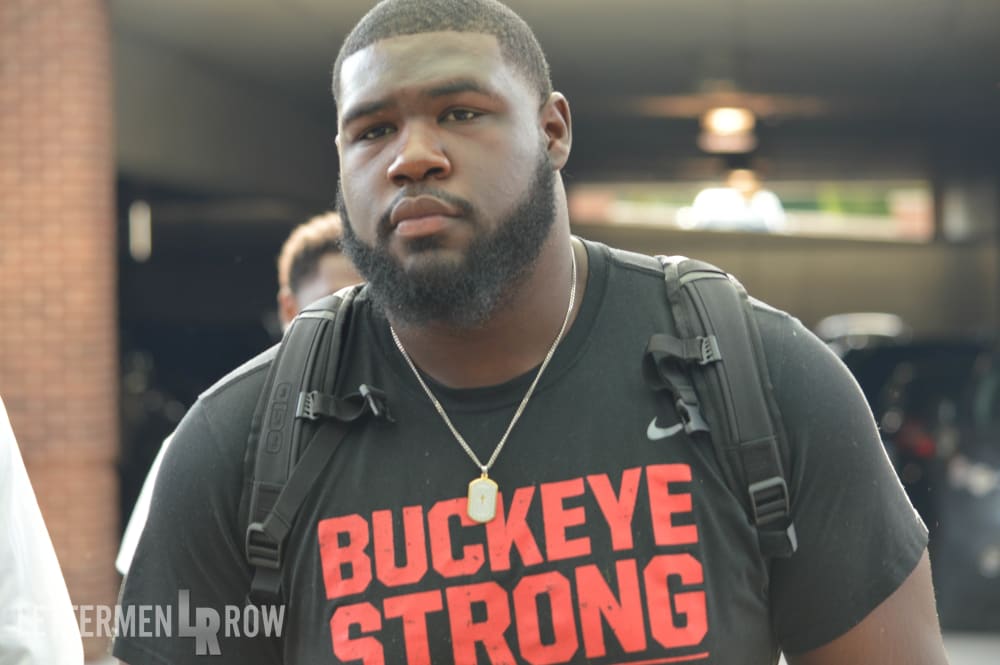 Joshua Alabi can’t be ruled out as an option for Ohio State at right tackle. (Nick Clarkson/Lettermen Row)

There’s a two-year starter and a returning captain in the fold to potentially anchor the defense. But with an almost entirely revamped defensive staff and Tuf Borland coming off an inconsistent season in the middle, nothing will be guaranteed at such a crucial position. And with Baron Browning looking for a chance to be a full-time player and Teradja Mitchell on the rise, the Buckeyes have no reason not to open that role up for what could be a heated competition for the first-team reps. Mitchell has really been turning heads for the Buckeyes with his work ethic, willingness to contribute on special teams and ability to deliver bone-crunching hits — he could be a real factor to watch by March. Of course, it’s also possible that Borland might have simply been playing at less than full strength after rushing back from an Achilles injury last season, so maybe he’ll come back healthy and motivated to defend his position.