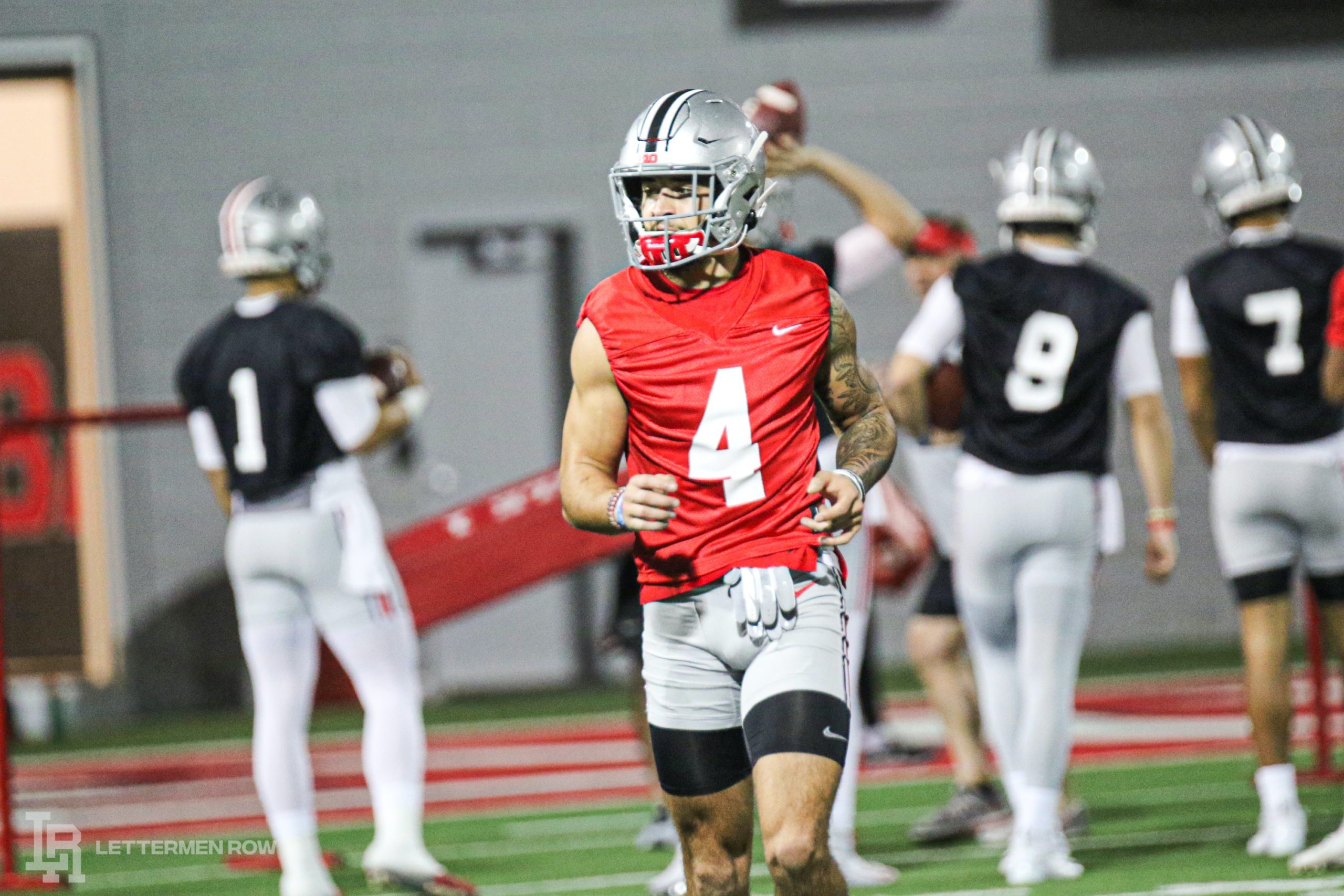 Ohio State wide receiver Julian Fleming was going to draw a lot of attention in the spring game. (Birm/Lettermen Row)

The exhibition in the Horseshoe has become less competitive over the years, turning into much more of a celebration for the program than a graded scrimmage. The clock tends to wind in a hurry, there’s rarely much running or high-speed tackling and the format has been known to get tweaked on the fly — all of which take the edge off for the Buckeyes.

In the big picture, it’s the 11 other workouts Ohio State missed during camp that it will most want to get back whenever the pandemic is under control and it can return to team activities. But there is still value in playing in front of a crowd, still evaluations that can be made on a Saturday afternoon in April and still benefits to getting some guys action in the Horseshoe for the first time before it really counts. So there will still be another bit of disappointment for Ohio State when the scheduled kickoff rolls around this weekend and the stadium sits empty.

“I don’t know if it’s a concern as much as it is just disappointing,” Ohio State coach Ryan Day said. “They weren’t able to get those practices under their belt, and hopefully we can recoup those at some point. But it is what it is, and it’s the same for everybody else throughout the country. The good news for us is that a lot of our young guys played [last year], especially in those first 10 games. They got a lot of snaps, some of them over 200, 250, 300 snaps — and our quarterback is returning.

“So, I feel in terms of game readiness, we do have a fairly veteran team. But there are a lot of guys in there, including 14 early enrollees, who were counting on to get a lot of reps and give us some depth coming into the preseason. We’re going to do the best we can to get those guys up and running.”

There is no definitive timeline for getting the Buckeyes back on campus at this point, and that continues to pose a challenge for making sure the reigning Big Ten champions are ready for that moment when it arrives. This camp was going to be a significant one for a number of young players pushing for roles at Ohio State, and the spring game represented a chance to show how much progress they had made over five weeks.

Obviously that’s not going to happen. And no matter what the exhibition format might have been, Lettermen Row was looking forward to seeing these Buckeyes in particular heading into the offseason. 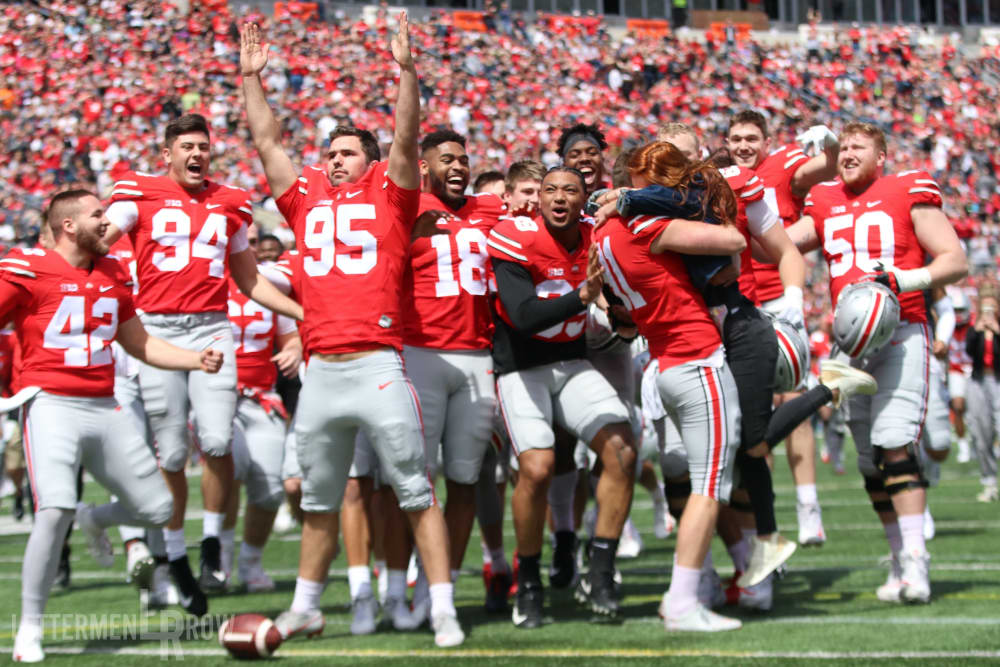 Ohio State has turned the spring game into a celebration over recent years. (Birm/Lettermen Row)

The growth seemed to be happening even from the start of the first practice to the end of it for Julian Fleming. And while that might sound like hyperbole or putting too much stock in a small sample size, the top-ranked wide receiver in the country was showing right away last month why there is so much buzz about his potential. Physically, Fleming has every tool needed to become a star. And with wide receivers coach Brian Hartline leading his technical development, it would have been fascinating to track just how far Fleming had come after just 14 practices with the Buckeyes. Plus, as Garrett Wilson proved last year, five-star receivers have a chance to make the highlight reel and generate momentum in a hurry in the spring game.

In a format that heavily favors the pass, the spotlight tends to focus on the wide receivers and the secondary. Even if Ohio State is skewing younger on the offensive side, there’s really not much doubt that unit is going to be one of the best in the country — while the defensive backs have been the group facing the most uncertainty and questions. Sevyn Banks was going to have a chance to ease some of those fears as he wrapped up camp and potentially locked up a starting spot for the Buckeyes at cornerback in the exhibition. The return of Kerry Coombs ensures that at least three guys will rotate at that spot, and it’s hard to envision at this point that Banks wouldn’t be one of them. 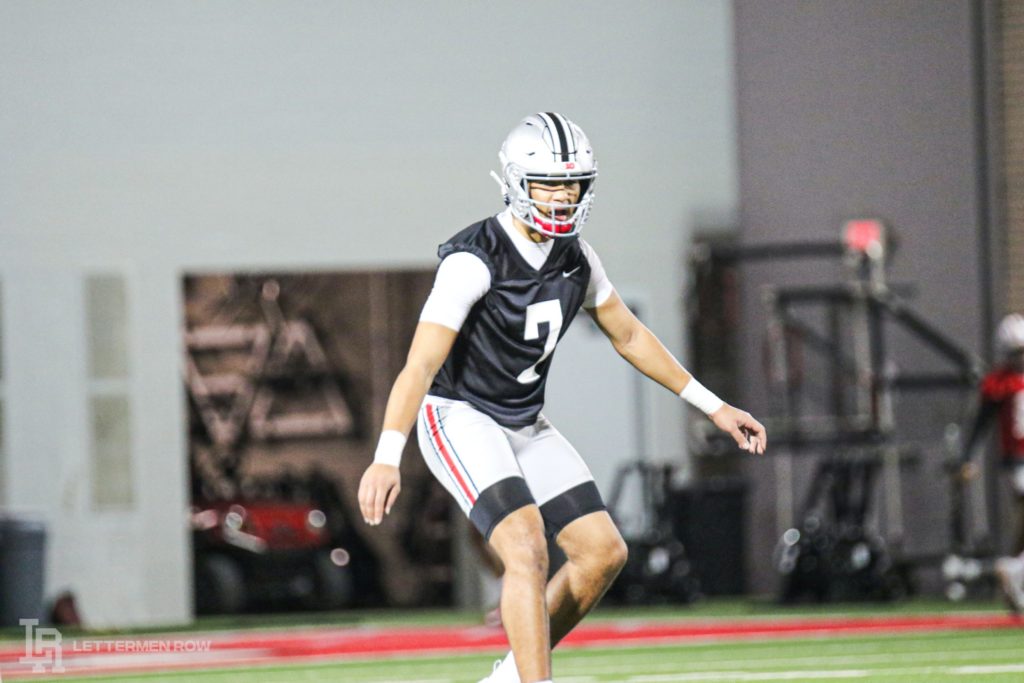 Technically the list is six Buckeyes since the freshmen quarterbacks are lumped together here, just like their careers will forever be inevitably intertwined after arriving at the same time to play a position where only one guy can play. Camp started with legitimate expectations that either C.J. Stroud or Jack Miller could potentially rise up and become the backup passer depending on how quickly their knowledge of the playbook caught up with their natural gifts throwing the football. Everybody lost key development time this spring, and missing some practices isn’t a big deal in the grand scheme of things right now. But from a purely football perspective, the lost camp might have impacted Stroud and Miller more than anybody else on the roster.

The buzz about the Bullet that overwhelmed last offseason wound up fizzling out by the time games actually started, though that was actually just a tribute to Pete Werner’s versatility since Ohio State never needed to designate a hybrid defender when he could do everything it needed. But it will eventually get ramped back up again at some point, and Kourt Williams has that same kind of athleticism, maturity and positional flexibility to eventually become a star for the Buckeyes. The early enrollee wasn’t likely to leap into the lineup this year given the veteran options on hand, but the evidence of his head start probably would have shown up at some point on Saturday.

The format rarely does many favors for offensive linemen, especially at Ohio State when one of the most talented groups of pass-rushers are unleashed in a setting where it knows there isn’t going to be much threat of a rush. So, that’s a tall task for any blocker, let alone a true freshman playing in the Horseshoe for the first time. Paris Johnson was already sharing first-team reps on the first day of camp, and while that certainly could have changed over the last few weeks given Nicholas Petit-Frere’s own upside as a former top-ranked recruit at the position, it was a clear sign that Ohio State believes he can compete for a starting job right away. Getting another glimpse at Johnson before the offseason might have kicked the hype into overdrive with a steady performance against the Rushmen.