COLUMBUS — There will be part of Ryan Day that leaves the Horseshoe still greedy.

That’s the part of coaching that the Ohio State boss admitted earlier in the week is unavoidably, particularly at a place that has annual expectations to compete for a national championship. But there’s also the realist in Day that knows he’s already got just about everything he could have hoped for last month when his primary goal was just to get a full camp in after the Buckeyes had another brief pause in team activities coming off all the struggles of last year.

Ohio State got the full complement of workouts this time, and it will celebrate with one more in the Horseshoe in front of fans on Saturday afternoon as the annual spring game returns to the schedule.

“I think a lot of progress has been made. It’s been a good spring.”

The Buckeyes haven’t been fully healthy, most position battles will continue into training camp and they probably won’t do any live tackling in Ohio Stadium as they bring the spring to a close. But the scrimmage should still shine a light on a few things for the four-time defending Big Ten champions, and here’s what the Lettermen Row staff is predicting to see in the Horseshoe. 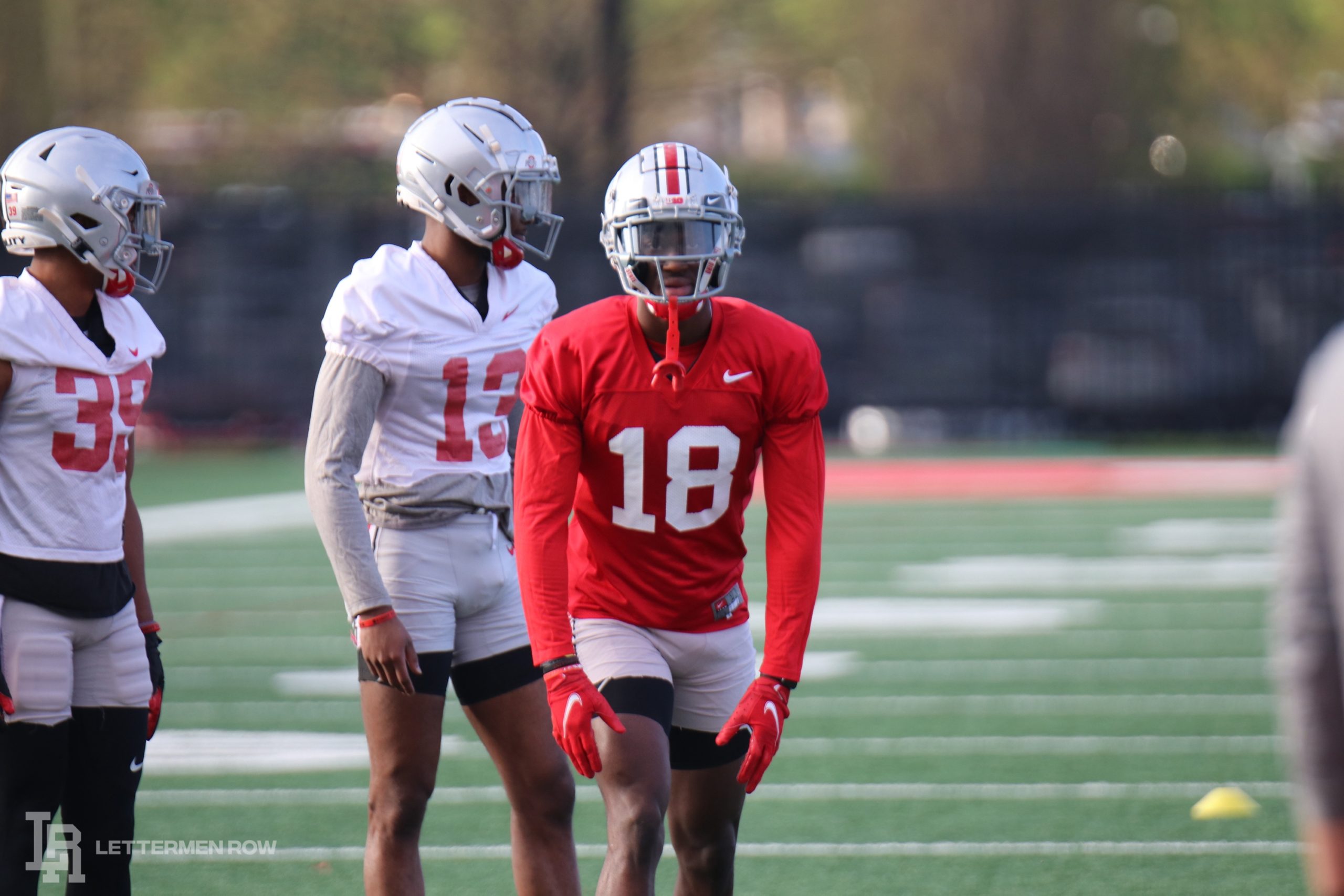 Few names have echoed over the speakers at the Woody Hayes Athletic Center more this spring, and Marvin Harrison will be ready to take his show to a bigger stage and larger audience on Saturday afternoon. The early enrollee clearly arrived on campus ready to compete at wide receiver, and with the veterans ahead of him on the depth chart not needing much work, there should be plenty of targets available for Harrison in the spring showcase. He’s been using his size and strength to shine during the red-zone drills that have been part of the open-viewing periods in practice, and that should translate to a couple scores in the scrimmage.

It’s been almost 18 months since Jack Sawyer played a football game, and the five-star early enrollee will be prominently featured on Saturday. The Buckeyes have a defensive line full of veterans who don’t really need the spring reps, which will open the door for the talented young pass-rushing threat. Going against backup tackles most of the afternoon, I expect Sawyer to put on a show and turn up the already unreasonable expectations around his future to 11.

All the buzz last spring came out of the wide receiver room, when everyone wanted to see No. 1 receiver in the country Julian Fleming for the first time. But there’s a new five-star receiver in the program, and he’s flown under the radar this spring. Emeka Egbuka has quietly been working all spring in the shadow of talented veterans and fellow freshman Marvin Harrison Jr. stealing the show. Egbuka will flash his booming potential in the Spring Game with a pair of touchdown grabs. And then the hype train will get back on the rails for the best receiver in his class. 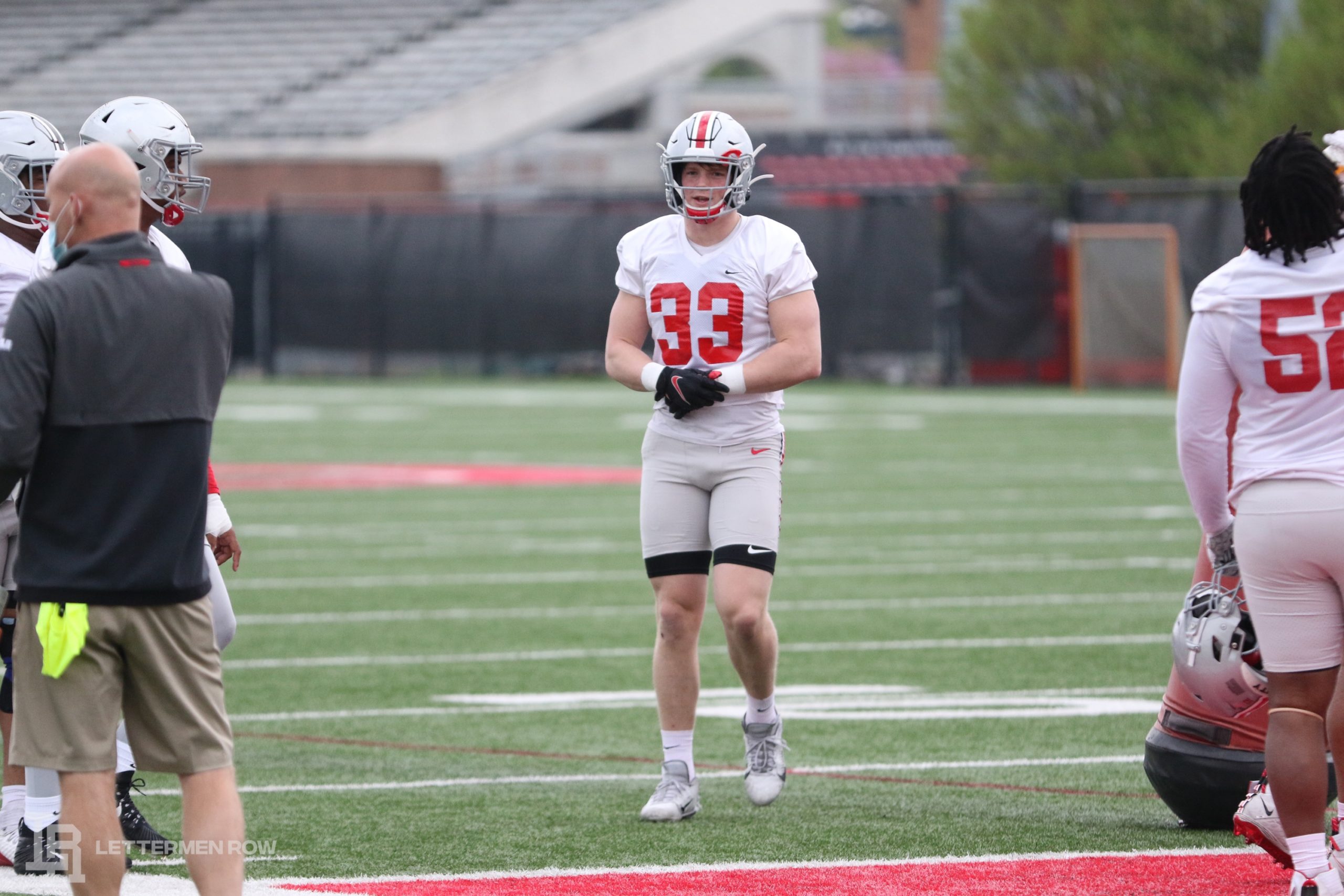 Assume that the three major quarterback contestants for the Ohio State starting job are going to be protected from major whacks on Saturday. And assume that the tried and awful “tap sack” will be in vogue. And then expect that defensive ends Zach Harrison and Tyreke Smith are going to approach the scrimmage just like they have every other practice this spring, hellbent on getting to the quarterback. Well, the logical extrapolation is either Harrison or Smith — or both — will cause major disruption to an expected passing showcase with mere taps on the shoulder pads of the passers. Or at least Harrison and Smith will be reminded many times by Day that the QBs are off limits. Just ask Chase Young, who in 2018 might have had 10 sacks had it been a real game. Remember, we’re talking about practice here.

Ohio State signed two running backs in the 2021 class, TreVeyon Henderson and Evan Pryor. Both seem capable of having stellar careers with the Buckeyes, but Henderson has the it factor. A five-star recruit and the top running back in the class of 2021, he can absorb contact and break runs between the tackles. And if that’s not enough, he was just the second offensive player to shed his black stripe this spring. Henderson’s obviously impressed inside the Woody Hayes Athletic Center this spring, and Saturday will just be the first time he shows off his talent in a game-like situation.