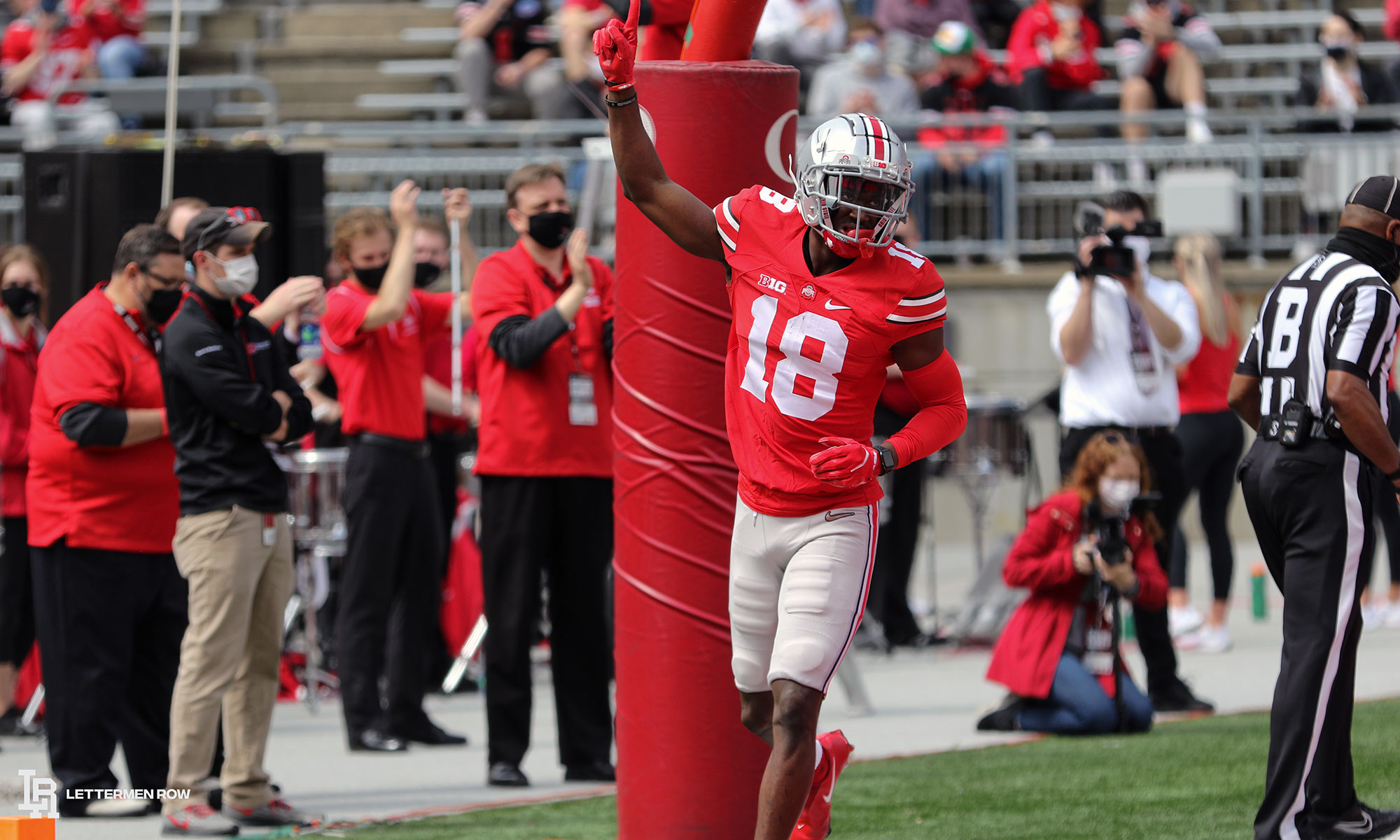 COLUMBUS — No matter how the rosters were scrambled by Ohio State, the offense was always going to have the edge.

It’s a safe bet the same will be true in the fall against just about anybody in the country, so it definitely wasn’t really fair to a Buckeyes defense that was short-handed and outmatched from the ceremonial kickoff on a perfect Saturday at the Horseshoe.

At the risk of overreacting to a glorified scrimmage, Ryan Day is building another high-scoring juggernaut. The talent was unmistakable no matter who was on the other side of the field in the Brutus versus Buckeye matchup to close out camp. The score will go down as 14-7 in favor of Brutus when the clock stopped rolling at halftime, for the record. But that hardly mattered in a situation that was far more informative for individual evaluations than the strength of any mixed-up lineups.

So, who shined for the Buckeyes heading into the summer? Lettermen Row is starting the coverage with Snap Judgments with much more on the festivities on Saturday afternoon still to come. 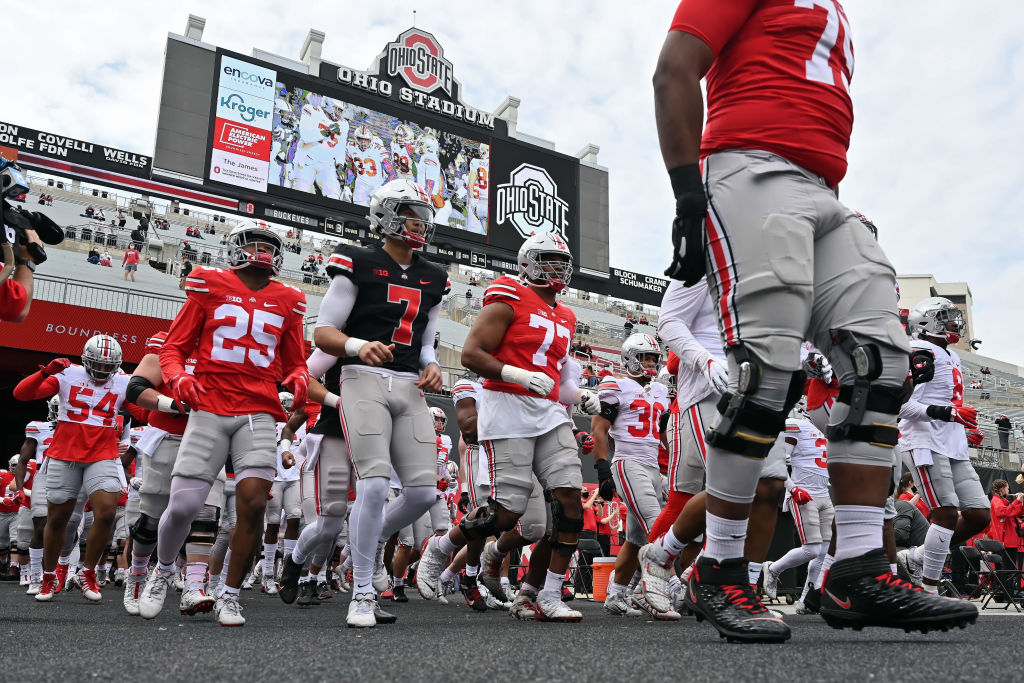 Ohio State closed out spring with a scrimmage on Saturday. (Jamie Sabau/Getty Images)

The same guy who appeared to have the lead heading into spring and was consistently at the head of the line during all open-viewing periods in camp will take that edge into the summer. Ohio State will want to carry the quarterback competition into August, but it would seem to be a safe bet that the job will inevitably belong to C.J. Stroud. There’s always a risk of overreaction in spring games, and certainly Jack Miller and Kyle McCord showed they both have the physical tools to play the position at a high level for the Buckeyes as well. But Stroud delivered what was easily the most impressive, commanding outing of the three in the scrimmage setting — validating why he was the backup last season and his work throughout March and April. Ohio State is almost certainly going to be C.J. Stroud’s team to lead.

Ohio State might not have gone full-contact even if it was fully healthy. But the fact that it was going through pregame drills with a long-snapper filling out the rotation at linebacker underscored just how delicate the situation is for that unit after losing four seniors and having projected starter Dallas Gant unavailable due to a foot injury. The Buckeyes will eventually get Gant back, but that alone isn’t likely going to be enough to reload that unit — and there is definitely a need to find some help in the transfer portal. Ohio State is squarely in the mix for Tennessee transfer Henry To’o To’o, and if he was watching the scrimmage he’ll know for sure that the possibility to jump right into the starting lineup is real. 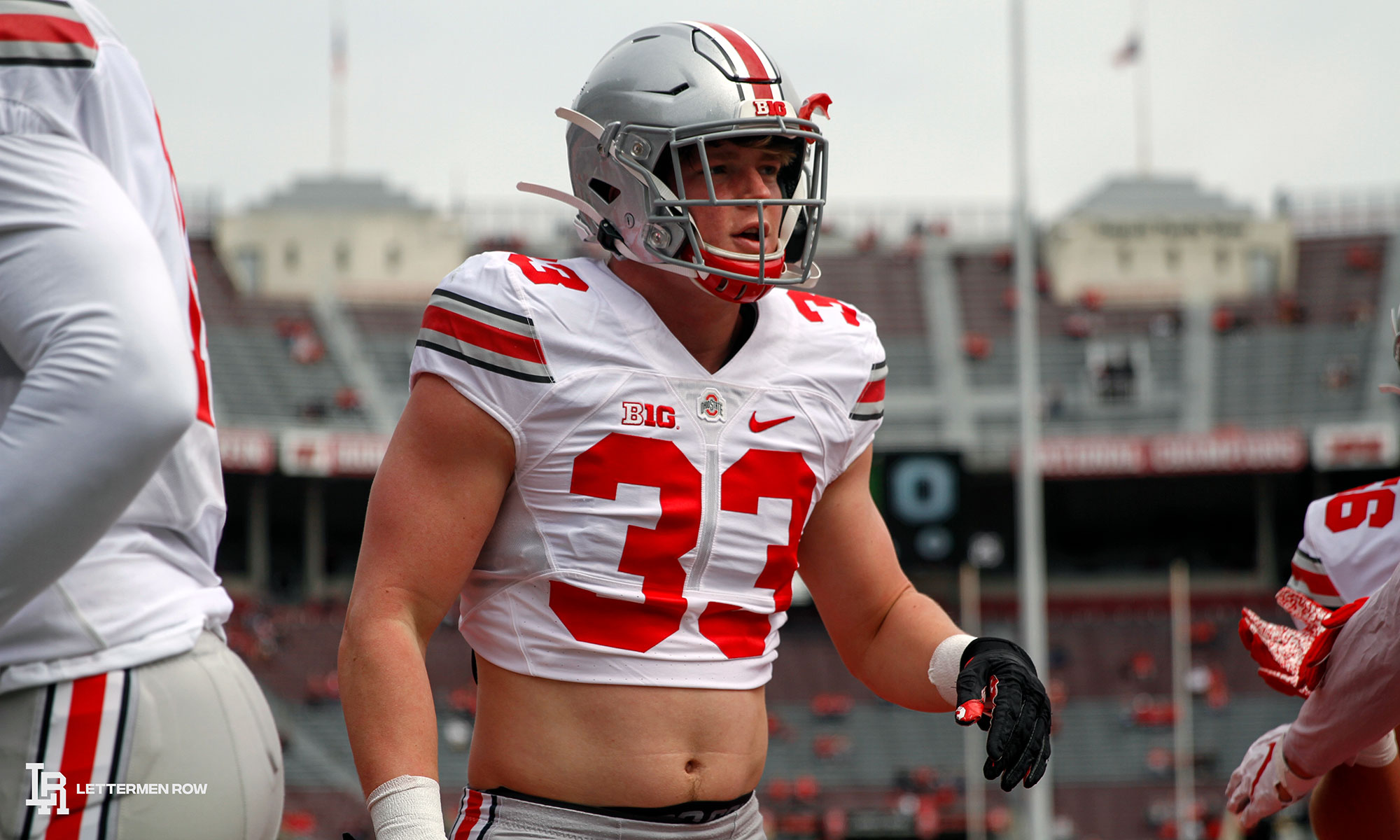 Ohio State freshman Jack Sawyer is going to be a force for the Buckeyes. (Birm/Lettermen Row)

Jack Sawyer will be hard to keep off field

The tackles he was facing weren’t exactly All-Big Ten selections, and all spring-game snaps require some grains of salt. That doesn’t mean, though, that Jack Sawyer’s athleticism, motor and physical maturity could be ignored on Saturday no matter who he was matched up against in the Horseshoe. There were already signs this spring that Ohio State was expecting him to play a role as a true freshman, and it’s even more obvious why now. The five-star phenom from Pickerington was a force off the edge and could have been credited with a pair of strip sacks if the scrimmage had been live. He’s going to be tough to keep off the field in the fall.

No matter who wins the starting quarterback spot, the on-the-job training figures to be much easier than normal thanks to one of the most absurdly-talented units in the country. Ohio State is simply stacked at wide receiver. Perhaps that should come as no surprise given how well the Buckeyes have recruited, but it’s still impressive to see up close. It’s not just Chris Olave and Garrett Wilson, although starting with those two proven stars is obviously a big part of the potential. Adding a sophomore surge from Jaxon Smith-Njigba and two game-ready freshmen in Marvin Harrison Jr. and Emeka Egbuka along with Julian Fleming and Jameson Williams (and tight end Jeremy Ruckert) gives the Buckeyes an embarrassment of riches. Ohio State was short handed in the secondary, but it wouldn’t have made a difference.