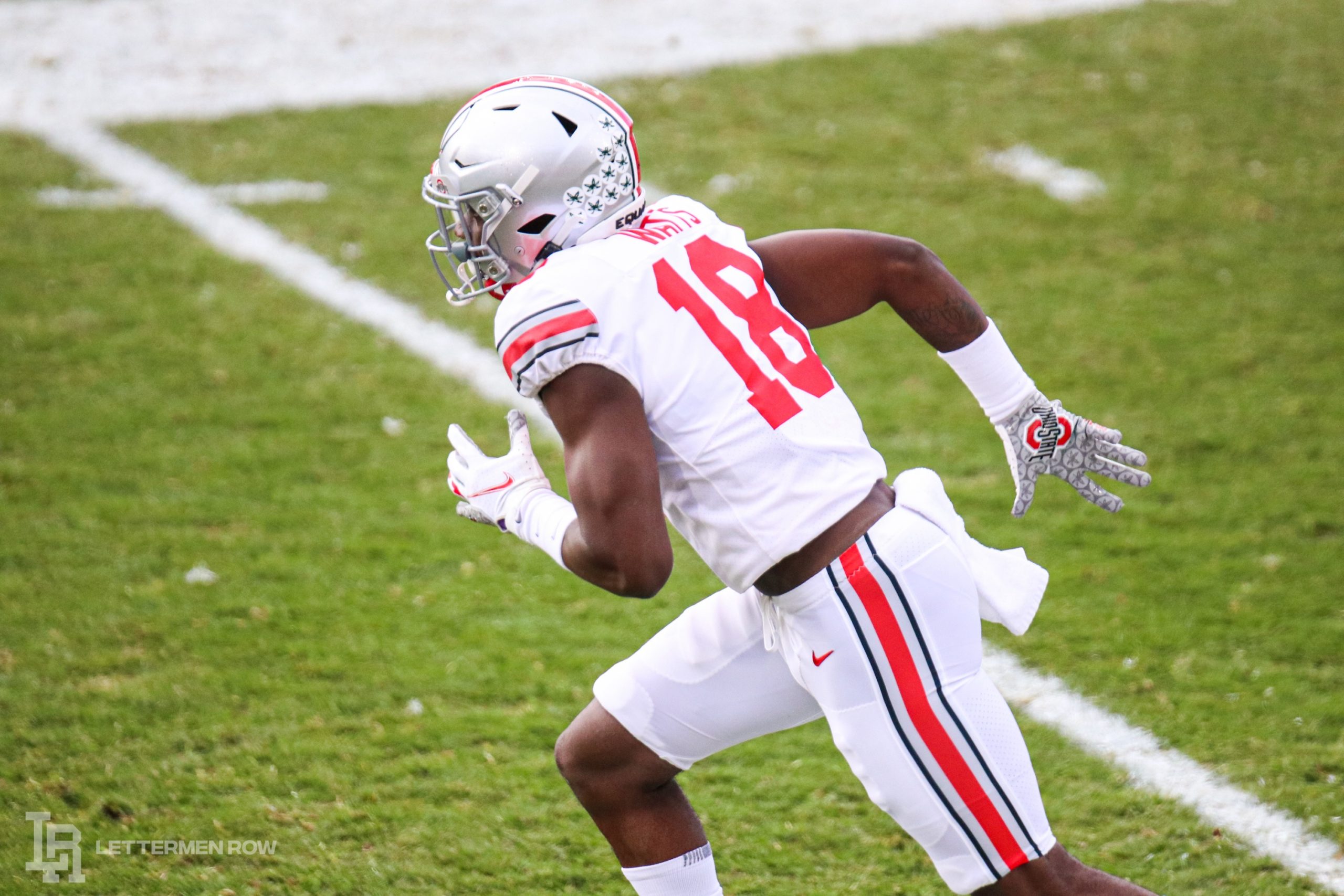 COLUMBUS — The primary goal for Ohio State is simple this spring.

Start it as scheduled. And finish with as many practices as possible.

That may seem modest for a program that is looking to defend the Big Ten championship for the fifth consecutive year or fighting to get back to the College Football Playoff again, but it’s the reality for the Buckeyes right now. The memories of what happened a year ago remain fresh, and Ohio State is barely a week removed from having to pause all team activities once again due to a brief rise in positive COVID tests.

So, the Buckeyes aren’t taking anything for granted or getting greedy. As long as they can get on the practice field on Friday morning and stay there through the middle of April, the rest figures to take care of itself.

“We have to make sure we get 15 practices in — let’s start with that right there,” Ohio State coach Ryan Day said. “Then we just need to get better fundamentally. We need to keep guys healthy so they get these body reps, so that when we get done with the spring we have X number of reps on film, the guys have actually body reps that we can coach up off of film over the next couple months as we head into preseason.

“If somebody gets hurt or somebody misses those reps, or we lose a couple of days because of COVID or whatever that is, that would be detrimental. As long as we’re out there, we’re practicing and we get those reps and guys are physically doing it, I’ll feel great about it.”

Of course, the Buckeyes will feel even better if they maximize those workouts and get some clarity with a few key position battles. And as Ohio State gets ready to report for camp, Lettermen Row is peering back into the crystal ball and forecasting what might transpire for the program over the next month with Five Bold Predictions from the staff. 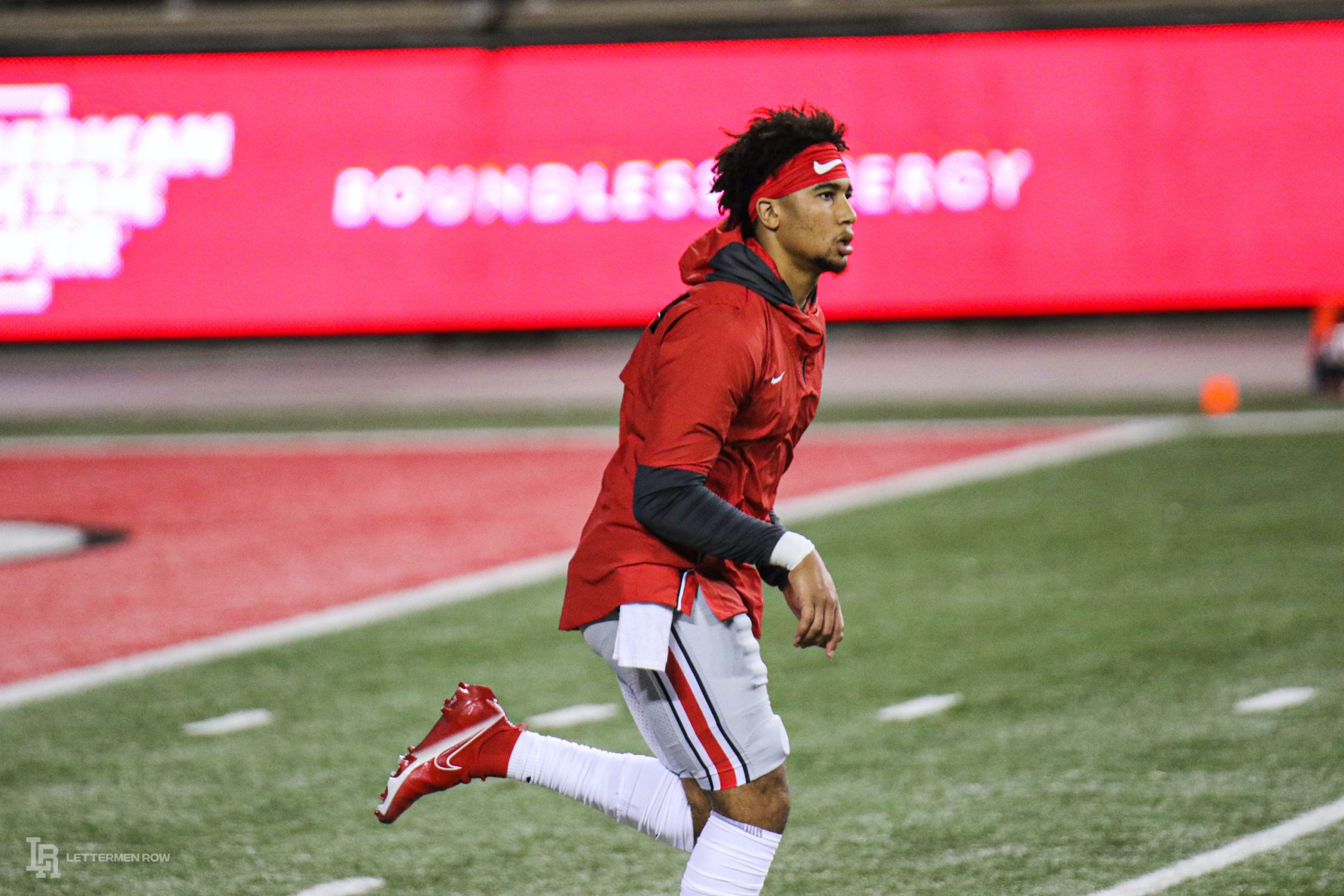 The Buckeyes are starting with a clean slate. They’re going to rotate all three options at quarterback. And there won’t be a definitive decision until training camp in August. Even with all those caveats thrown out there, the expectation here is that C.J. Stroud will take the slight lead he established as the top backup last year, maintain it through camp and head into the summer as the likely pick to take over for Justin Fields. There is plenty to like about Jack Miller as well, and five-star early enrollee Kyle McCord has the pedigree to spice up the race. But Stroud has impressive physical tools, a strong work ethic and the kind of confident swagger that resonates with teammates as the leader of the attack. Ryan Day won’t be putting out a depth chart in April, but there will likely be signs by then about how it’s ultimately going to shake out for Ohio State.

There is a wide-open competition to become the second cornerback on the Buckeyes depth chart this spring, and the primary candidates for that role are all young guys without any real game experience at Ohio State. There is nobody on the roster with the combination of size and speed that Ryan Watts has. The question is whether or not the second-year Texan can get comfortable enough at cornerback to feel confident playing the spot. With Cam Brown still recovering from his Achilles injury, the opportunity to do that will be there. I think he will — and I think that 6-foot-3, 200-pound frame combined with his 4.5 speed will make him the next big-time NFL cornerback prospect to develop at Ohio State. 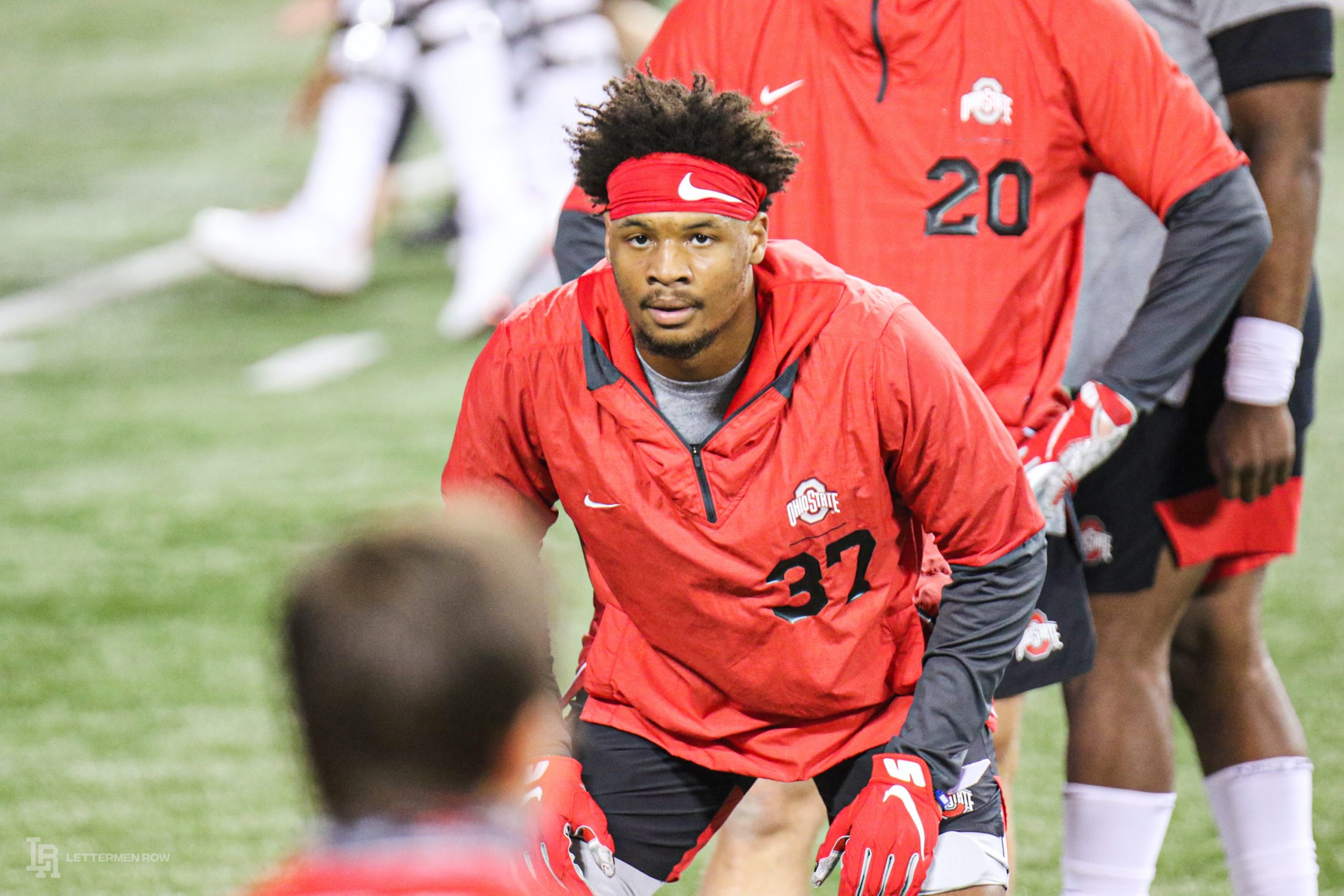 Ohio State has a position battle this spring that has the entire program wondering who will lead the most important aspect of the defensive side of the ball: Linebackers. After the departure of the top-four players from the unit a year ago, the Buckeyes have plenty of options to replace the talent and keep depth at the position. Sure, there are fourth-year players who have been waiting for their shot, but second-year linebackers Cody Simon and Mitchell Melton will make a splash. Both young players are athletic, physical and versatile enough to play — and potentially start — and that’s what they’ll do. Melton and Simon will shine this spring and head into summer feeling good about their standing on the depth chart for Al Washington’s group.

Tim May: Paris Johnson will beef up Buckeyes at guard

The semi-permanent move of Paris Johnson Jr. to guard will be a smash hit. His move down inside late last year as a backup proved what the coaches thought of the ability of the former five-star tackle prospect. Even though both tackle spots were occupied by veterans Thayer Munford and Nicholas Petit-Frere, Johnson needed to be on the field if there was an opening. It says here that a starting line of Munford, Dawand Jones, Harry Miller, Johnson and Petit-Frere would have a seismic effect at the points of attack. Johnson especially brings size and above-average athletic moves to the core of the offense, a force that should not be kept on the bench for much of another season. He will bloom during the spring and flourish in the fall.

Ohio State ranked No. 37 in the country in team sacks per game last season, averaging 2.62. And while the Buckeyes defensive line dominated in their win over Clemson, they didn’t have a Chase Young-type star. That will change come this fall, because Zach Harrison will take over as the next superstar of the Rushmen. In Ryan Day’s opening press conference of the spring, the third-year coach mentioned Harrison at least three times — evidence of the improvement he’s made this offseason. The junior defensive end will have a huge spring, setting himself up as the next great player and leader to come out of Larry Johnson’s defensive-line room.