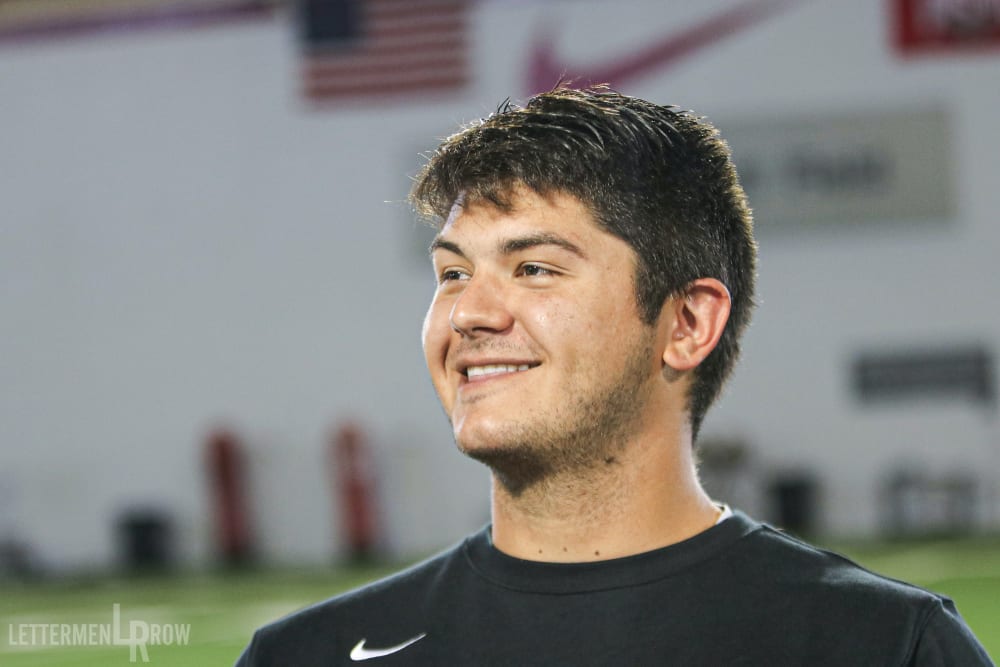 Liam McCullough sees tricks shots as something helpful to the Ohio State efforts on the field. (Birm/Lettermen Row)

COLUMBUS — You know about Ohio State and its bottle-flipper, Drue Chrisman. Do you know about the bottling cap-flipping teammate Liam McCullough?

There’s a lot of work that goes into the shenanigans that specialists like Christman, longsnappers Liam and Roen McCullough and kicker Blake Haubeil regularly find themselves engaged in. There’s also an element of challenging themselves to break the monotony of fall camp while — believe it or not — making themselves better at their jobs.

“Drue and I were out here about an hour and twenty minutes, hour-and-a-half,” McCullough said of the most recent social media video effort by the specialists. “We had some other ideas but we wanted to keep the video pretty short.

“We try and put our little spin on things as specialists. Anytime we get the opportunity to have some fun, it’s nice to have some fun when we can. The standard is so high here, things like Bottle-Cap Challenge or trick shots. One, it’s fun but these are difficult skills. Kicking, punting, and snapping are hard to do. To take a ball from however far away and hit something [points to bottle cap] that big, it takes a lot of precision and finesse and touch. It’s fun, but it’s also getting you to be a better snapper. They say: Aim small, miss small. And that’s the best way to it. It’s a tiny little target.”

It seems the smaller the target for McCullough, Chrisman and company is, the easier it becomes for them to see the big picture of who they are. In a building full of the world’s best athletes, the specialists are the normal guys. That doesn’t mean they don’t also have very high expectations for themselves. 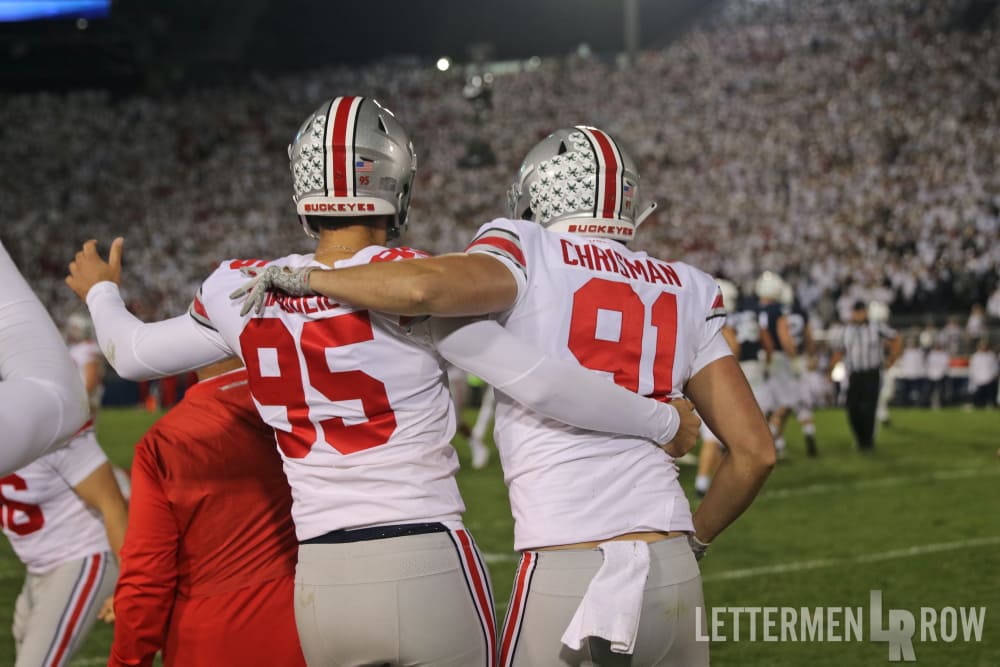 The Ohio State specialists spend every minute together on the field and off. (Birm/Lettermen Row)

It’s the ability to joke, according to Chrisman, that helps keep his peers loose and ready to act at a moment’s notice. To this point, the Buckeyes coaching staff has allowed these specialists to keep it light. The fourth-year Ohio State punter realizes that could change mid-bottle flip if the on-field focus were to get lost in the shuffle.

“So much of our position is mental,” Chrisman told Lettermen Row. “For us, having the fun we do keeps us relaxed and not tense when we do have to perform. There has to be a balance though and be able to lock-in when it’s time to perform.

“The coaches do enjoy the videos and stuff as long as we are performing well. I’m sure if we were struggling there would be no tolerance for it.” 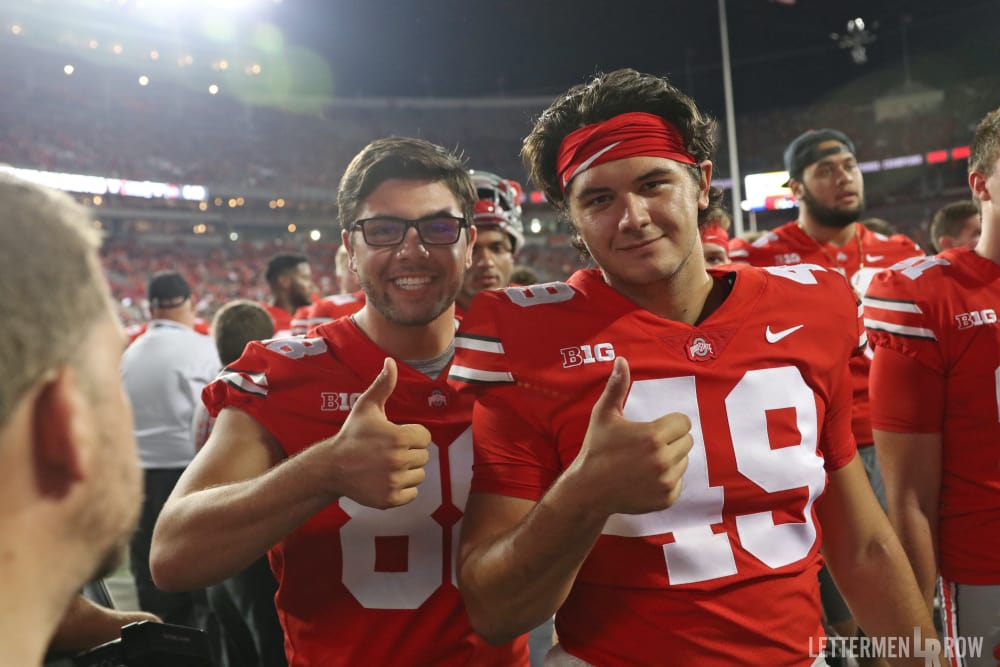 As long as the Buckeyes specialists perform on the field, everything is thumbs up off of it. (BIrm/Lettermen Row)

Ohio State prides itself on its brotherhood, and there may be no position group that exemplifies it as the kickers, punters and snappers do. It can be seen on Saturdays when they’re the first group to hit the field, together every time. Or it can also be seen by clicking on their videos — but that’s just the end result.

“I don’t know if we could get any closer,” Chrisman said. “We know everything about each other and a lot of that has to do with us spending hundreds of hours together during the season. People just end up seeing the small little videos we do together, but it’s just one part of it.”