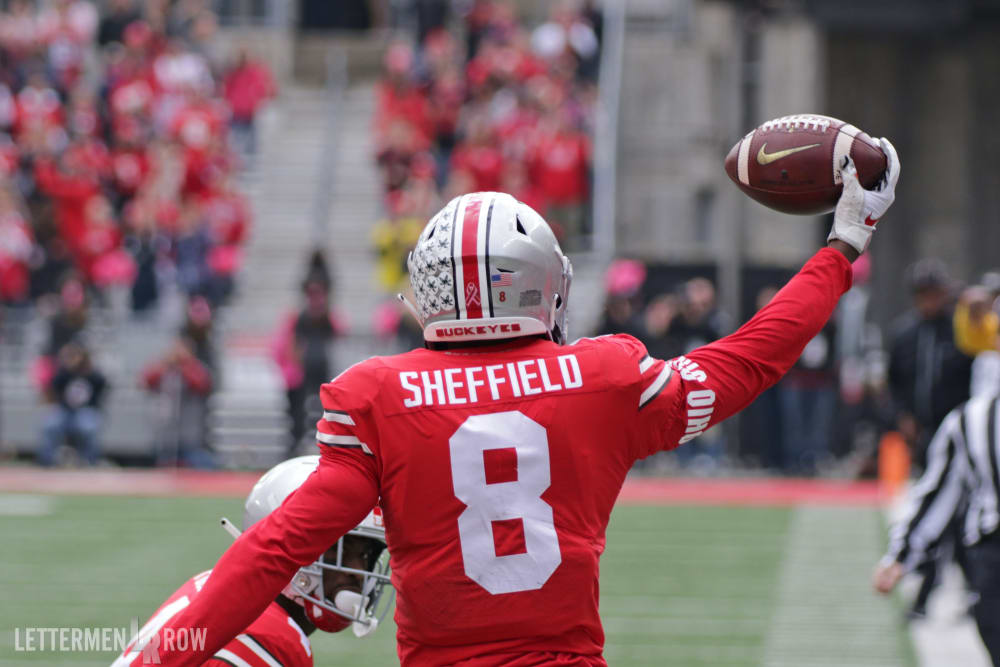 It has another win, though, and the Buckeyes remain undefeated now a week into the second half of the regular season.

Urban Meyer probably isn’t likely to take much solace in the fact that his squad was able to stay unbeaten without even coming close to its enormous potential. But one of the most useful tools for a coach is being able to point to issues on the practice field after a sloppy win instead of a disappointing loss — and Ohio State got the former in a 30-14 on Saturday at the Horseshoe.

There will be much more coverage of Ohio State’s latest victory still to come at Lettermen Row. But to get the ball rolling at the gun, let’s start with Snap Judgments.

The Buckeyes are struggling to run block, and that appears to be leading to some uncertainty with talented tailbacks J.K. Dobbins and Mike Weber. But rather than keep trying to force a solution, Ohio State might just be better off committing fully to an identity as a passing machine that can hardly be stopped. With Dwayne Haskins in control and a deep cast of wide receivers led by K.J. Hill, Ohio State can score with just about anybody in the country thanks to a strong-armed quarterback who added 412 more yards and three more touchdowns to his season total. The play-calling only really bothered the attack when it was trying to generate momentum on the ground against Minnesota. 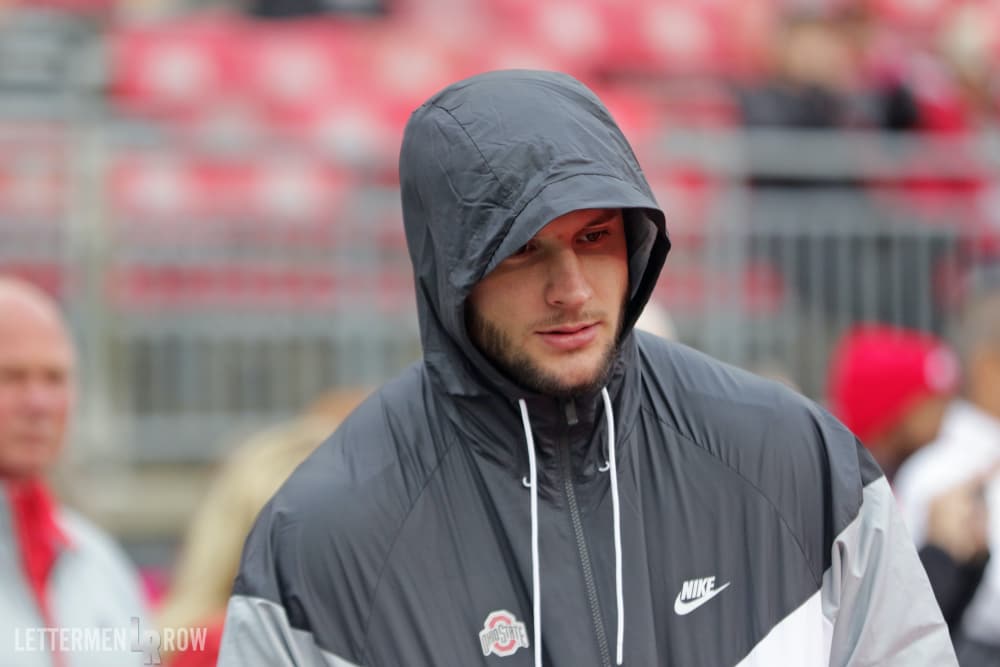 There was another pile of yardage given up in the first half, and Ohio State gave up a couple more explosive plays. So, the discussion about the defense is going to continue for the Buckeyes, but there’s a limit to how effective they can truly be until they get healthy again. With both starting defensive ends out thanks to injuries for Nick Bosa and Jonathon Cooper, defensive tackle Robert Landers still hobbled and leaving the game in pain in the first half and Dre’Mont Jones clearly not at full strength, that’s an entire first-string line on the sideline. Throw in the absence of Malik Harrison at linebacker and it’s hard to fault the Buckeyes for occasional lapses — and easier to give them credit for forcing three turnovers in the victory. 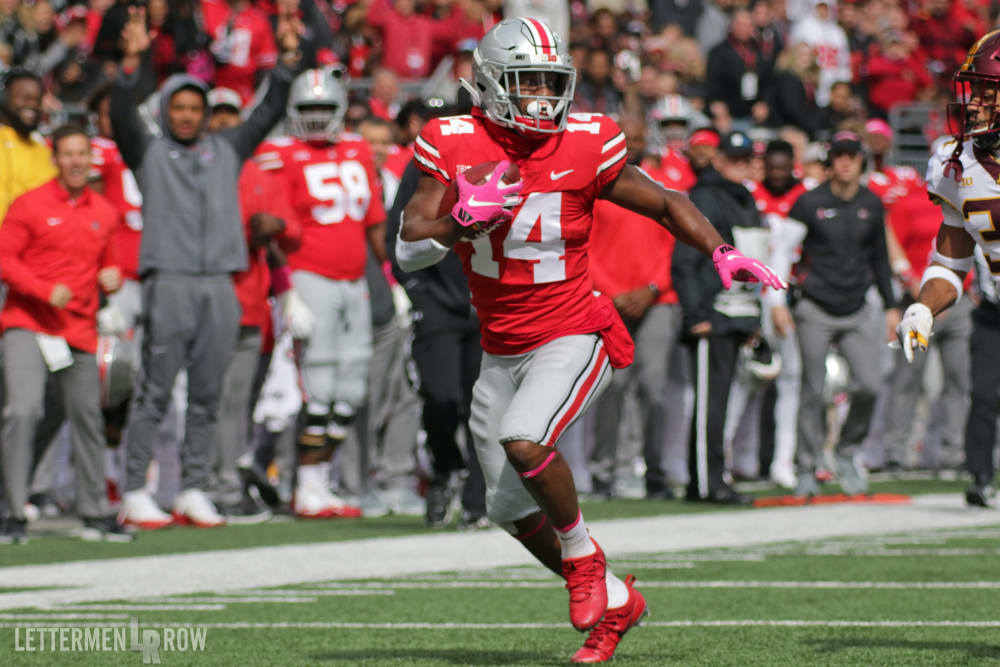 K.J. Hill is emerging as the top receiving threat for the Ohio State Buckeyes. (Birm/Lettermen Row)

K.J. Hill is the go-to guy for Ohio State

The depth at wide receiver is one of the biggest assets for the Buckeyes, and it’s clearly helpful that they don’t have to focus on just one guy as the primary weapon to keep the passing attack rolling. But if Ohio State had to pick one as the go-to target, K.J. Hill is building a compelling case. He’s come through in the clutch on a couple occasions this season, most notably in the comeback win over Penn State. Now he’s added perhaps the most impressive highlight grab of the season with his insane one-hander for a touchdown against Minnesota. Hill has become a true game-changer for Ohio State.

Maybe the Buckeyes would have preferred not to have to rely on its kicking game so much against Minnesota, and they surely won’t expecting to have to make a change with its field-goal specialist. But with normal starter Sean Nuernberger dealing with a minor strain, Blake Haubeil got a chance to show what he can do — and made the most of his opportunities. The sophomore converted all of his field goals and a pair of extra points, and his 47-yard blast was easily the longest of the season for the Buckeyes. With Nuernberger having made just 3 of his 5 field goals so far this year, this might wind up being a permanent change for Ohio State.

Visions of those same slants being completed over and over might have haunted a few dreams on Saturday night for Ohio State defensive backs, but they were able to make enough plays that they should sleep well after knocking off Minnesota. Yes, there have still been some apparent poor angles, the middle of the field was an issue and the Buckeyes aren’t even close to perfect in the secondary. But with Kendall Sheffield and Isaiah Pryor grabbing some critical interceptions, the Silver Bullets are showing signs of adjusting and turning a corner in the second half of the season.