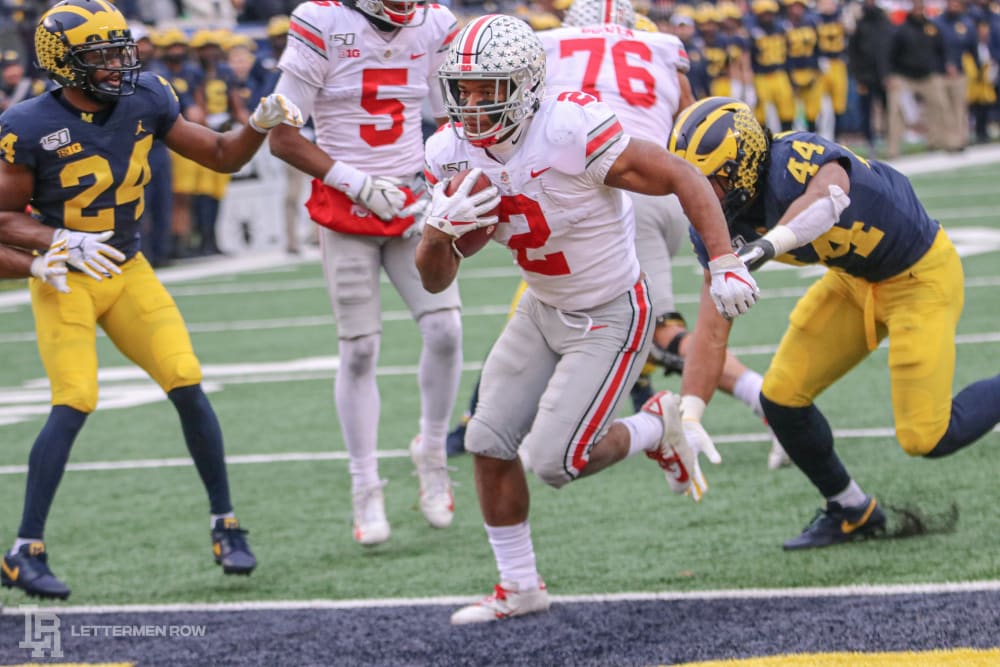 ANN ARBOR, Mich. — Perfection never comes easily for Ohio State, especially when the greatest rivalry in sports is sitting there at the end of the regular season.

But Michigan still can’t figure out how to do much more than slightly slow down the Buckeyes, who continued their dominance, claimed another set of Gold Pants and solidified a claim as the No. 1 team in the nation in one fell swoop.

Turns out Ryan Day is taking The Game every bit as seriously as his predecessors, and the first-year coach has his first victory in the series after a wild 56-27 win over the No. 13 Wolverines on Saturday in the Big House.

With the regular season now in the rearview mirror, Ohio State will move on to the Big Ten title game next week against either Wisconsin or Minnesota. But before looking ahead to the trip to Indianapolis, there will be much more coverage coming from Lettermen Row from the latest win over Michigan.

As always, it starts right here with Snap Judgments after the Buckeyes claimed more Gold Pants and continued its dominance in The Game.

The score wasn’t really in doubt, but the season appeared to be hanging in the balance for Ohio State in another big game with Justin Fields laying on the ground in pain. After taking a hit that appeared to damage his knee, the sophomore quarterback received attention on the turf for several minutes before limping over to the sideline and the medical tent. After missing seven plays, Fields popped out of the tent with a brace on his knee, put on his helmet — and then promptly went out and threw a 30-yard touchdown pass. That sequence will instantly put Fields and his toughness in the all-time pantheon of memorable moments in The Game. 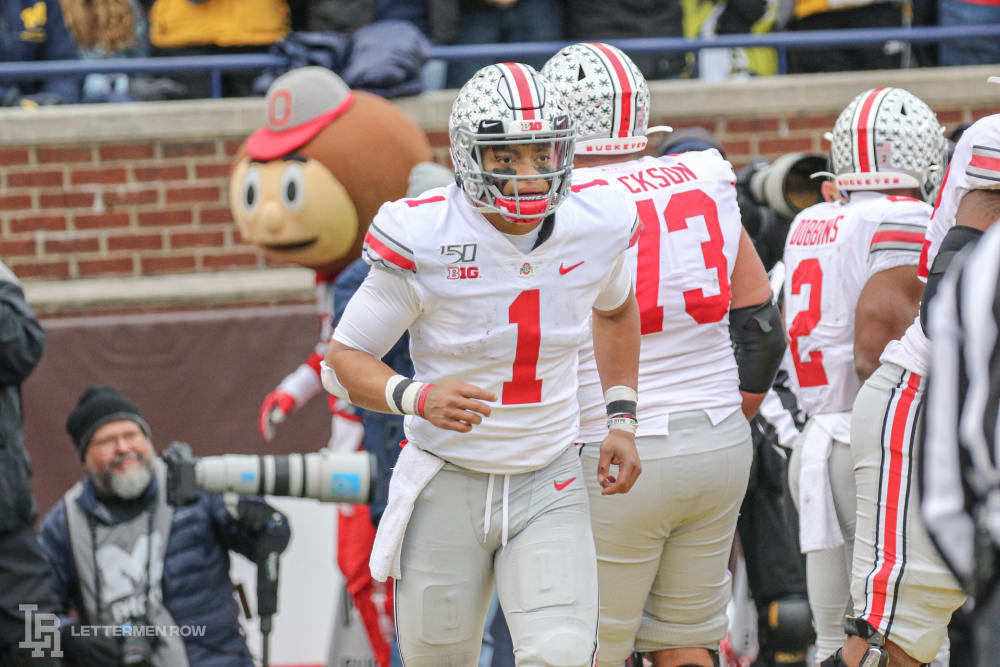 A healthy dose of patience wound up being required for J.K. Dobbins this season, but Ohio State made it worth his while by turning him loose in the most important games of the season. After his rugged outing in the East Division-clincher against Penn State, the junior tailback was a one-man wrecking crew for the Buckeyes on the ground, pounding away at Michigan and racking up more than 100 yards and three touchdowns in the first half alone — along with a big first-down conversion catch early in the game. The Buckeyes are almost certainly going to lose him early to the NFL Draft, but not before they let him shoulder all the work he can handle heading into the postseason.

The only game-time decision in the starting lineup, Shaun Wade tried to give it a go for Ohio State by going through warmups and dressing in full uniform. But the versatile defensive back wasn’t able to take the field when it counted for the Buckeyes, and his absence was unmistakable as the coaching staff juggled through the rotation and struggled through a first half with repeated busts in coverage. Maybe Michigan just deserves credit for scheming up Ohio State to get open looks, but it certainly seemed like Wade would have been a difference-maker in the secondary. The Buckeyes haven’t revealed any information about what the redshirt sophomore is dealing with right now, but his status will certainly bear monitoring heading into the Big Ten championship. 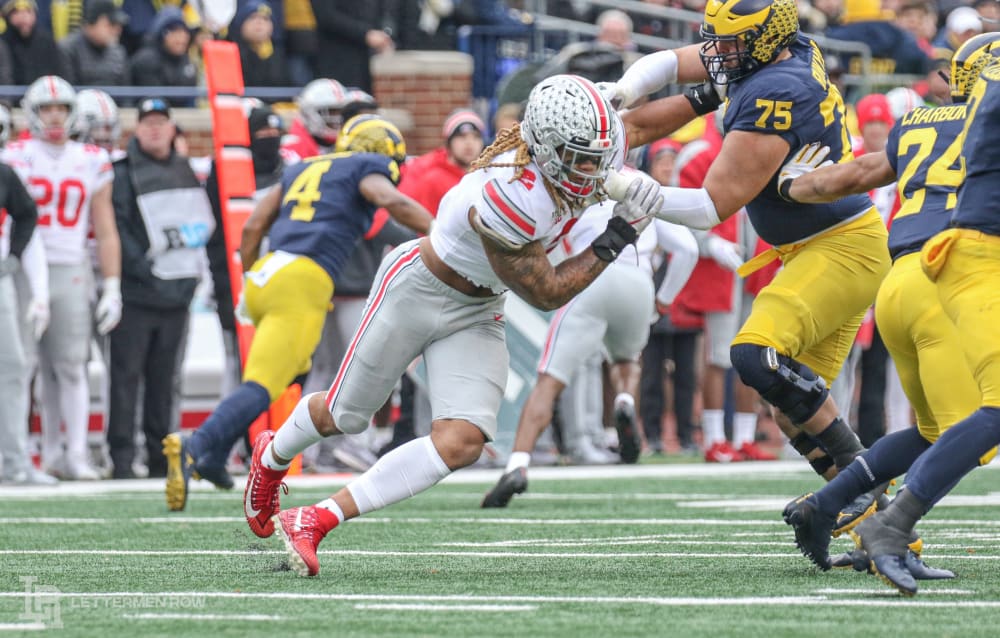 The performance on the whole might have been the shakiest of the season for the nation’s best defense. But when the Buckeyes needed to deliver, they stepped up to snuff out a fourth-quarter, fourth-down attempt by Michigan to thwart the rally and ice another rivalry win. Ohio State seemed to be reeling a bit as it cycled through personnel and dealt with injuries in a physical fistfight with the Wolverines. But it owned the line of scrimmage when it had to, and the toughness in the trenches simply can’t be questioned.