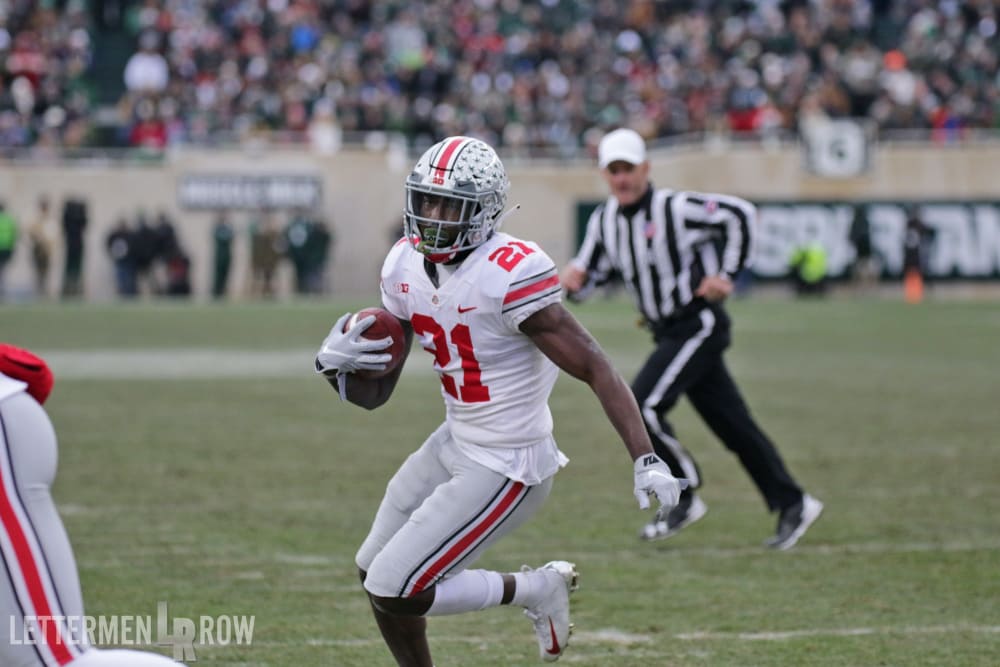 Ohio State made a first-half touchdown by Parris Campbell stand up in a huge win at Michigan State. (Birm/Lettermen Row)

On the road. Against one of the toughest defenses in the country. In the cold, miserable conditions and facing a team that enjoys nothing as much as ruining a season for the Buckeyes.

Ohio State took the best shots Michigan State could deliver on Saturday at Spartan Stadium, and it didn’t back down in a hard-earned win that should carry weight no matter what the margin of victory ended up. For the record, the Buckeyes knocked off the Spartans 26-6, and it remains in position to compete for a Big Ten championship with two weeks of the regular season left — and the potential for a return to the College Football Playoff is still within reach.

What are the instant reactions for the latest win for the Buckeyes heading into the home stretch? As always, Lettermen Row is starting the analysis with Snap Judgments. And for more coverage, stick around and tune into the postgame press conferences here and on the Lettermen Row YouTube channel. 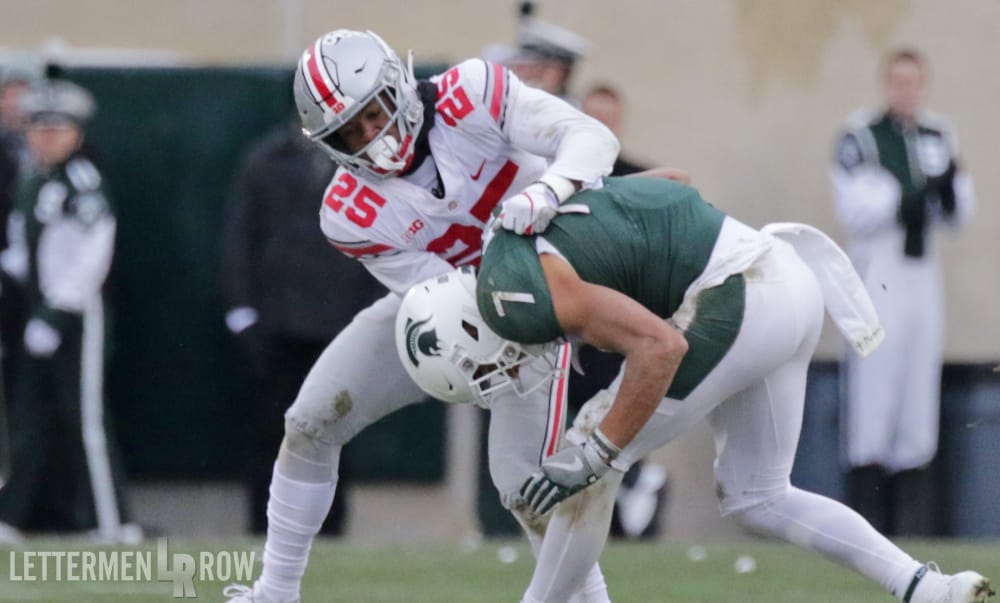 Tip a hat to the Silver Bullets

Michigan State has obvious offensive limitations, and the real issue for Ohio State’s embattled defense would have been if it couldn’t find a way to bottle it up on Saturday. But the Buckeyes deserve praise for rising to the occasion after a season’s worth of second guessing about the scheme, effort and personnel. Ohio State came to play and absolutely got the job done, with Brendon White continuing to make a case that he should have been playing at safety much earlier this season. It was fitting in the end that the Buckeyes capped a the victory with a defensive touchdown as Dre’Mont Jones scored for the second time this season in a clutch situation.

Terry McLaurin will be mentioned forever at Ohio State

As long as Urban Meyer is around, expect to hear Terry McLaurin’s name repeated over and over as the epitome of what a captain should be at Ohio State. In a matchup that was going to determine the quality of the leadership for the Buckeyes, McLaurin once again stepped up to set the example needed with his effort, toughness and willingness to do whatever was asked of him during the game. His receiving numbers may have been modest, but he delivered a handful of clutch catches while doing invaluable work as a gunner on punts. 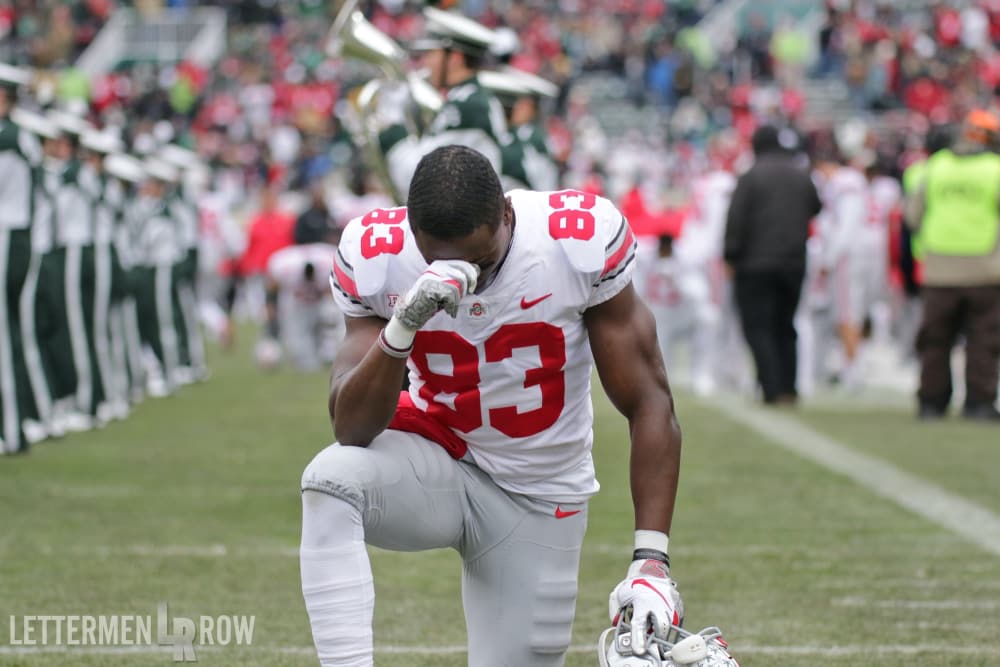 Ohio State is a mess on the offensive line

Give plenty of credit to Michigan State, which has been a problem for almost everybody with a tenacious defensive line and the best rush defense in the country. But if Ohio State thought it had solved its problems blocking up front, it found out early and often that wasn’t the case. There’s really no point in singling out individual Buckeyes, because basically everybody took a spin having issues in the trenches. Obviously injuries have robbed Ohio State of the depth and flexibility it was expecting to have this season, but it still basically has its first-choice unit available and on the field. At this point, it’s hard to understand why there haven’t been either more adjustments to the scheme or somebody like Wyatt Davis getting a shot to perform at guard.

Tate Martell can provide a jolt of energy

There has been a lot of reticence coming from here at Lettermen Row about the value of taking Dwayne Haskins off the field to try a gimmick package with Tate Martell. But Ohio State finally unveiled one after weeks of debate about it, and he did deliver an effective rush deep in the red zone to help the offense score the first touchdown of the game. It was only one first-half play, and Martell didn’t score himself, but it now looks like that wrinkle could be useful for the Buckeyes down the stretch. And Ohio State also didn’t hesitate to come back to it down the stretch, even though the results were mixed and Martell was part of a botched snap that resulted in a turnover.

Drue Chrisman had a forgettable start to his afternoon with the worst shank of his career. But he spent the rest of the game making up for it with pinpoint accuracy and a big leg when needed, continually giving Ohio State’s gunners a chance to down the ball deep inside the Michigan State 5-yard line. The credit doesn’t solely go to Chrisman, obviously, and Terry McLaurin’s extra effort to bat a ball headed for the end zone down will only add to his legacy as a do-it-all weapon for Ohio State. Certainly the Buckeyes would rather have not needed to use their specialists so much, but that’s often just a fact of life in November in the Big Ten. And Ohio State claimed a huge victory thanks in large part to the kicking game.