Connect with us
Ohio State's defense was tested by Penn State on Saturday. (Birm/Lettermen Row)

COLUMBUS — Ohio State was never truly satisfied in the first place, constantly pointing out small details and swearing that the top-ranked defense could still play better.

This time, the Buckeyes won’t have to nitpick. Regardless of the circumstances, giving up three scoring drives in the third quarter will certainly have the attention of everybody at the Woody Hayes Athletic Center ahead of another huge battle in The Game on Saturday at Michigan.

Ohio State still has the stingiest defense in the country coming out of the East Division-clinching win over Penn State. But those 17 points allowed and the way some of the yardage was allowed will certainly rub the Silver Bullets the wrong way — especially since they’ve beat themselves up this season over much less.

“They kind of leaned on some of those quarterback runs and they were kind of pounding it in there and got a little rhythm going,” Ohio State coach Ryan Day said. “But also I think they were feeding off the defense who bought those two couple of turnovers on us, and it was kind of part of that momentum and then once we put our foot in the ground and stopped it we kind of got it under control. 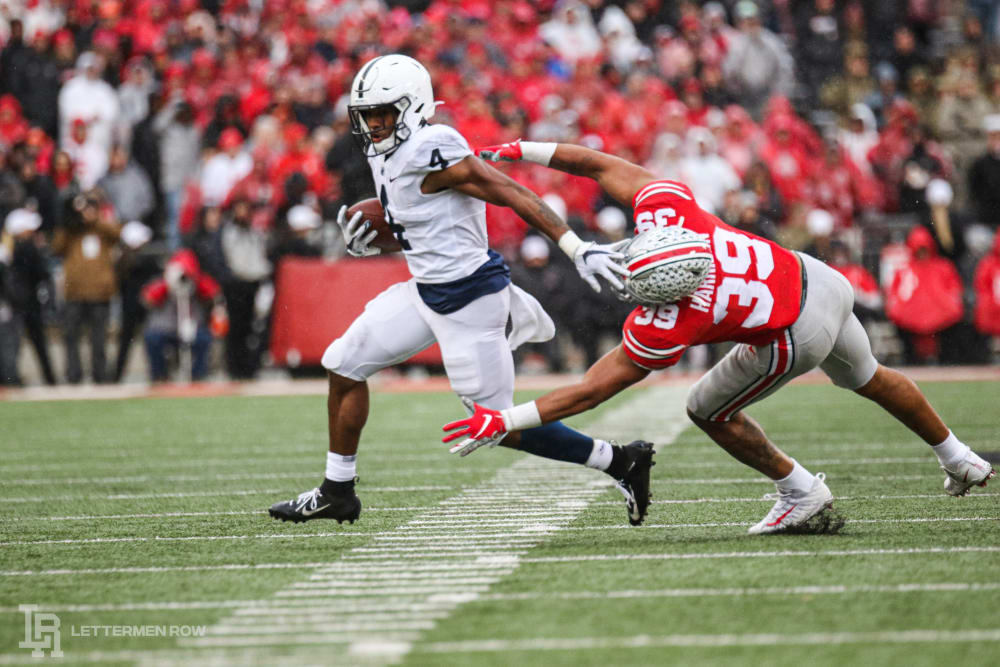 “I can’t give enough credit to our defensive staff, Jeff Hafley and Greg Mattison and Al Washington and Matt Barnes and obviously Larry Johnson. These guys have done an unbelievable job on defense. They have great relationships with the players, the scheme is off the charts. They put guys in a great situation. They make great adjustments and they motivate these guys at a high level. To see those guys play the way they did today, they get all the credit in the world. … To see the response and the defense impose their will, it was unbelievable to see their response.”

The Buckeyes were able to plug the leaks down the stretch, and they wound up pitching shutouts in three of the four quarters. In the big picture, that’s pretty impressive in a top-10 showdown with major College Football Playoff implications, and it’s another sign of how far Ohio State has come defensively since a year ago.

But that’s also a group of perfectionists. And heading into a rivalry matchup, it’s a safe bet which of those quarters will be getting the most attention at Ohio State this week.

Where did some holes open up against the Ohio State defense in the win over Penn State? Are there any lingering concerns for the Buckeyes and their top-ranked defense as they prepare for rival Michigan? What will be the key to slowing down the Wolverines in the Big House? Former Ohio State captain Zach Boren was back in the Lettermen Row film lab breaking it all down to answer those questions in the latest episode of BuckIQ.