COLUMBUS — As far as springboards go, Amir Riep couldn’t really ask for a better one.

Making any kind of play in The Game is going to get some attention at Ohio State. Snagging an interception when pressed into action with a couple missing starters in the secondary is even better.

And then making that pick with one hand? That’s the cherry on top, and it could potentially be the kind of momentum-building performance that allows the veteran defensive back to finally carve out a regular role in the secondary when his old position coach Kerry Coombs gets back to work with the Buckeyes this spring. 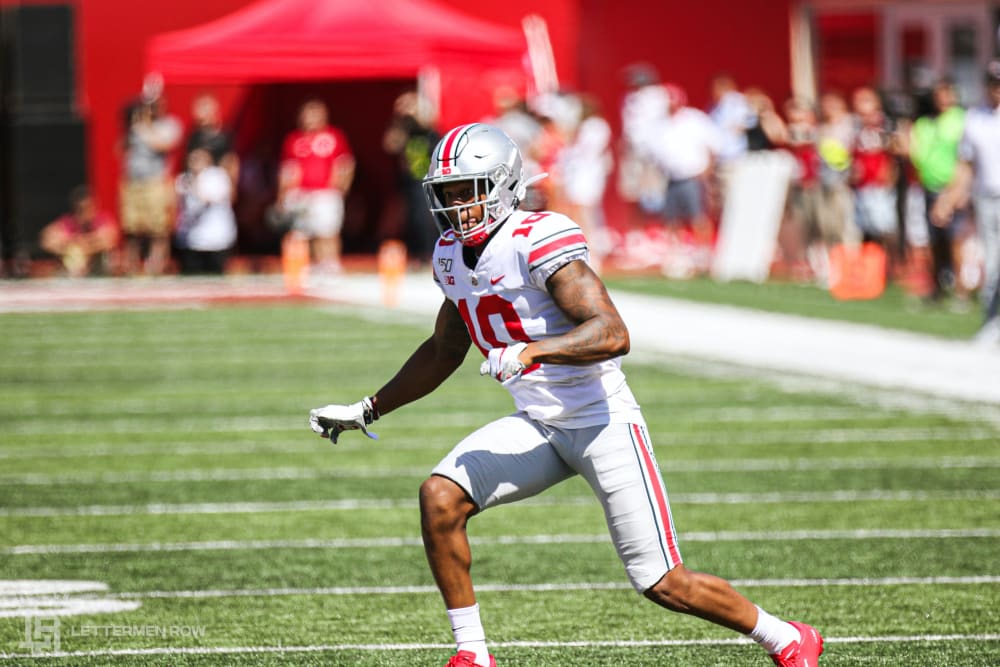 Ohio State cornerback Amir Riep is fighting for a starting role with the Buckeyes. (Birm/Lettermen Row)

Chances to get that ball rolling and make an impact with the Buckeyes had been relatively few and far between for Riep during his first couple seasons with the program. And he still hadn’t had many opportunities to leave a mark in meaningful situations despite doing some productive work off the bench and grabbing an interception at Northwestern last season.

Obviously the loaded depth chart ahead of him had plenty to do with that for Riep, but Ohio State now has to replace both Jeff Okudah and Damon Arnette in the starting lineup. There will be an intriguing competition for playing time heading into spring practice, and Riep has put himself squarely in the mix.

What was Amir Riep doing to push for more playing time at the end of last season for Ohio State? How can the veteran cornerback take the next step and become a starter for the Buckeyes? Where can he still improve as a defensive back with new coordinator Kerry Coombs set to take over? Former Ohio State standout cornerback Chimdi Chekwa was back in the Lettermen Row film lab looking at Riep’s work last season and answering those questions in the latest episode of BuckIQ.