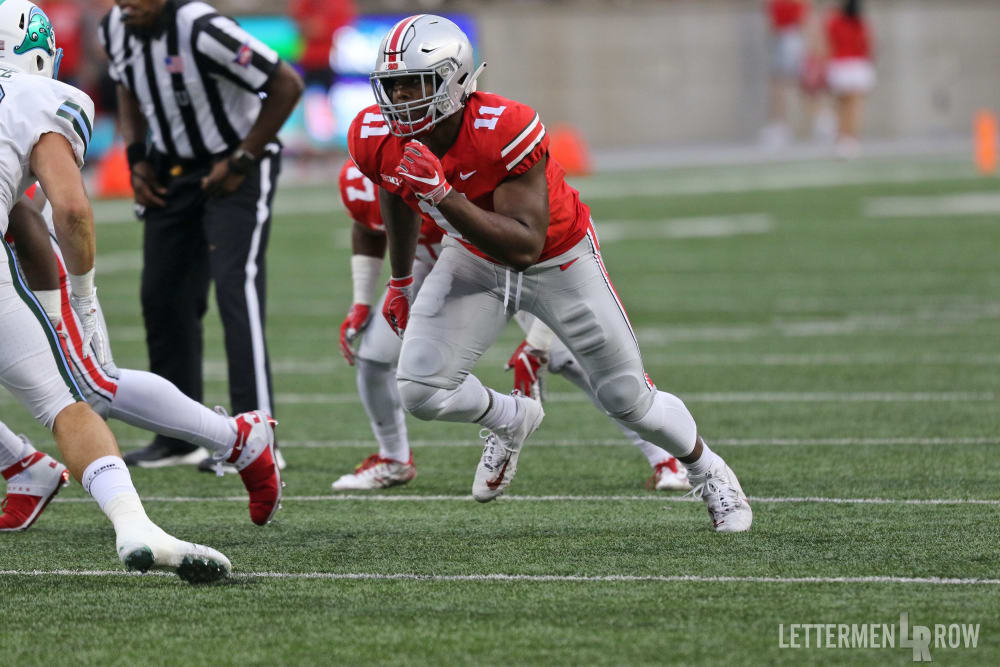 Ohio State might need Tyreke Smith to step up for the Buckeyes down the stretch. (Birm/Lettermen Row)

The speculation, debate and conversations about Ohio State never end, and Lettermen Row is always ready to dive into the discussions. All week long, senior writer Austin Ward will field topics on the Buckeyes submitted by readers and break down anything that’s on the minds of the Best Damn Fans in the Land. Have a question that needs to be tackled, like the one today about second-half stars like Josh Proctor, Jeremy Ruckert or Tyreke Smith? Send it in right here — and check back daily for the answers.

Which player, not yet to do so, will have the greatest impact on the team between now and the end of the season?

The regular season is officially at the midway point for Ohio State — and the program still isn’t even close to reaching its full potential. Obviously it’s best for the Buckeyes to be reaching that conclusion while still undefeated and in control of the Big Ten race, and it’s a good sign for Urban Meyer that his team’s best football is almost certainly still ahead of it.

A big part of the reason why could be the emergence of young players poised to break into the lineup as they continue to develop, a process that will be aided by the new redshirt rules this season. A couple of the picks here to help Ohio State down the stretch might have previously been tabbed to spend the year on the sideline given how sparingly they figured into the early plans. Now the Buckeyes can start thinking about more ways to include them in their bid for championships in November and beyond.

So, who are the candidates to keep in mind? Lettermen Row is going with three to watch. 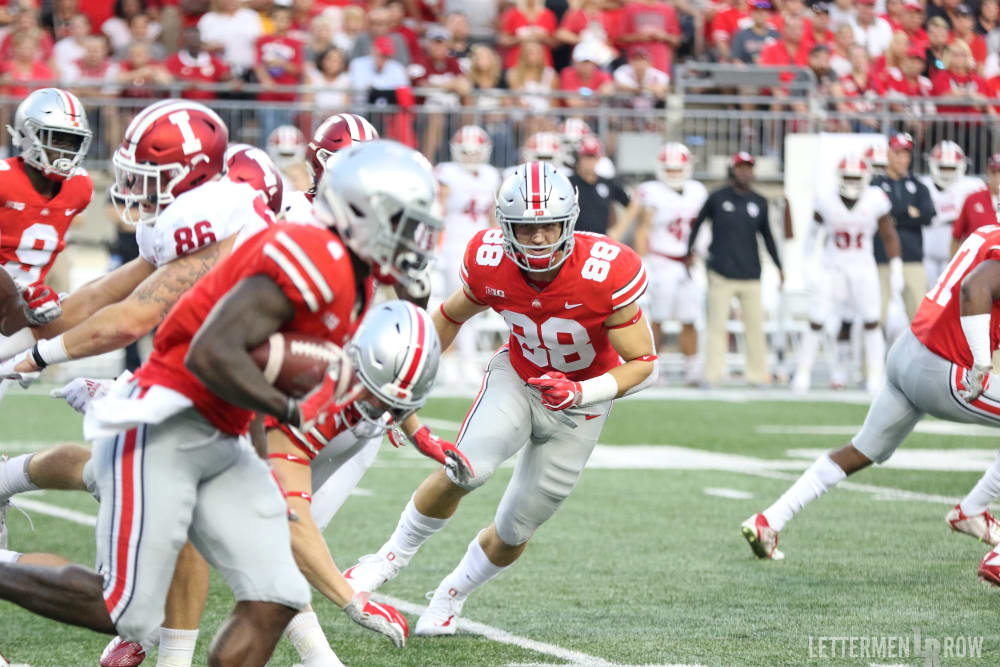 Ohio State doesn’t exactly need another offensive weapon, but it obviously won’t complain if one more pops into the arsenal. The Buckeyes have started putting more on the plate of the nation’s top recruit at tight end over the last couple weeks, including trusting Jeremy Ruckert with some snaps in the hostile environment on the road against Penn State. If anything has been missing from the high-powered offensive attack, it’s probably the ability to use tight ends in the passing game. Rashod Berry and Luke Farrell have done some positive work for the Buckeyes, but Ruckert might be the kind of target at that position who can give them even more of a threat.

The talented defensive end has been involved early in his career already, but Tyreke Smith might be on the brink of a more prominent role with the Rushmen. Defensive line coach Larry Johnson doesn’t like to push it too much or too far with his freshmen, but injuries might force Ohio State to turn Smith loose more often heading into the second half of the regular season. Nick Bosa is out until at least November and Jonathon Cooper left last week’s game with an undisclosed injury, which could potentially put a real strain on the depth up front for the Buckeyes. Smith could be just the guy to handle those snaps and crank up his individual production. 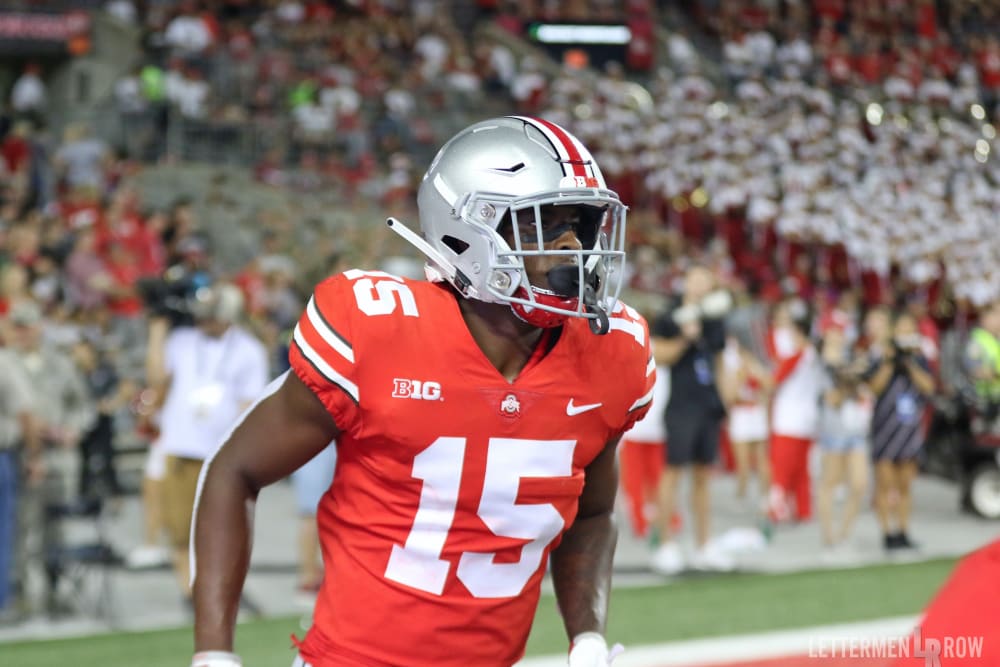 Ohio State safety Josh Proctor could be an option for more playing time with the Buckeyes. (Birm/Lettermen Row)

Given all of the issues the Buckeyes have been dealing with at the other safety spot opposite Jordan Fuller, it’s a bit of a mystery why the talented freshman hasn’t at least been given a look to try to fix it. Ohio State clearly saw something special in Josh Proctor to go down to Oklahoma and recruit him. And while it can be a difficult transition at that key position in the back of the defense, his athleticism alone would seem to make him a solution compared to what the Buckeyes have seen from a couple other safeties so far this season. Urban Meyer appears to be challenging him to take the next step, and if Proctor can make it, the Silver Bullets might look a lot different down the stretch.