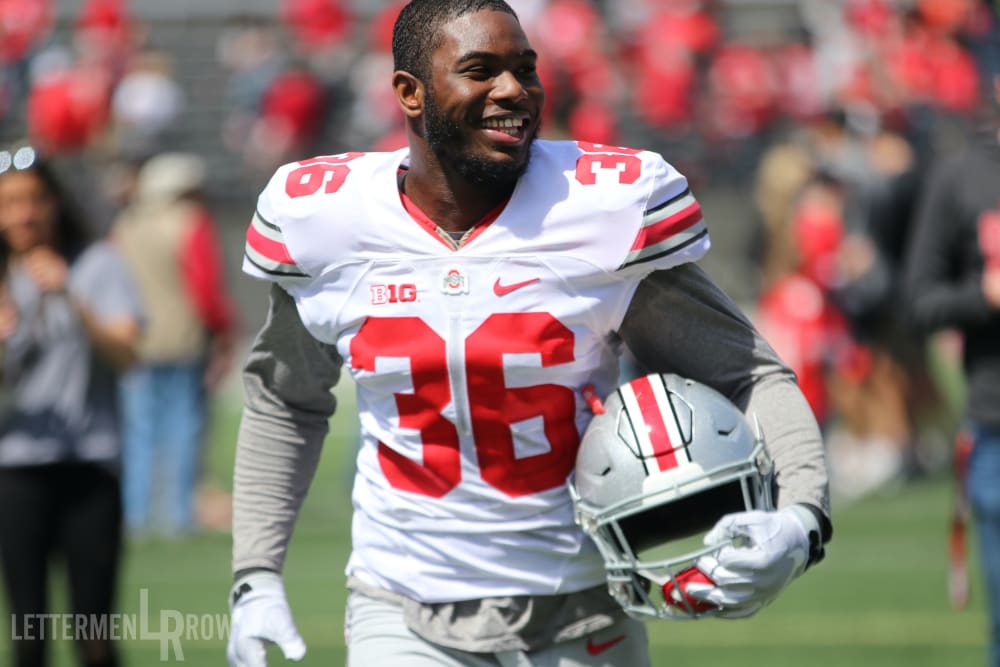 Ohio State linebacker K'Vaughan Pope intercepted a pass and returned it for a touchdown in a recent scrimmage. (Birm/Lettermen Row)

COLUMBUS — The dilemma has existed since the first scrimmage, so it’s not like Ryan Day is just discovering it now that he’s in charge at Ohio State.

And for a team that prizes in-house competition like few others, the Buckeyes aren’t just going to ignore it when one side is a clear winner on the practice field.

But how exactly should Day feel when his defense creates a handful of turnovers since it naturally has to come at the expense of an offense that is going to have a new starting quarterback when the season opens later this month? Confident in the rebirth of the Silver Bullets? Concerned with the ball security after a couple fumbles and interceptions? Both?

Finding the right balance, perspective and evaluation when the Buckeyes are playing the Buckeyes is the toughest part of camp at this point for Day. And the opening scrimmage on Saturday drove that point home after it initially seemed to skew decidedly in favor of the defense.

“Well, I got after the offense today for sure,” Day said. “Offense turned the ball over too many times, didn’t run the ball the way that they should. So defense won the day for sure. … I don’t know really who’s ahead of the other, but I will say up to this point, it’s kind of gone back and forth, which is a good sign. The offense will kind of get after the defense one day and then vice versa. So, that’s healthy.

“I think if one side is dominating the other throughout camp then you may have an issue, but right now it’s been a good battle. Very disappointed with the turnovers, but I think guys were getting after it. I think it was physical, I think it was explosive. So again, let’s look at the film and see what it was. It’s never as good or bad as you think, but we certainly can’t turn the ball over like we did today.”

Deep down, Day will probably always view workouts through offensive-tinted glasses. So, he’s also likely to be harder on that unit than he would be on the defense, which might make him take those turnovers harder instead of celebrating the takeaways.

Truthfully, Ohio State might actually be better off with the defense building momentum and confidence early this month coming off the worst statistical season in school history. And Day does seem to be recognizing that progress and feeling good about what that means for the two-time defending Big Ten champs overall now that he’s ultimately responsible for both sides of the football. 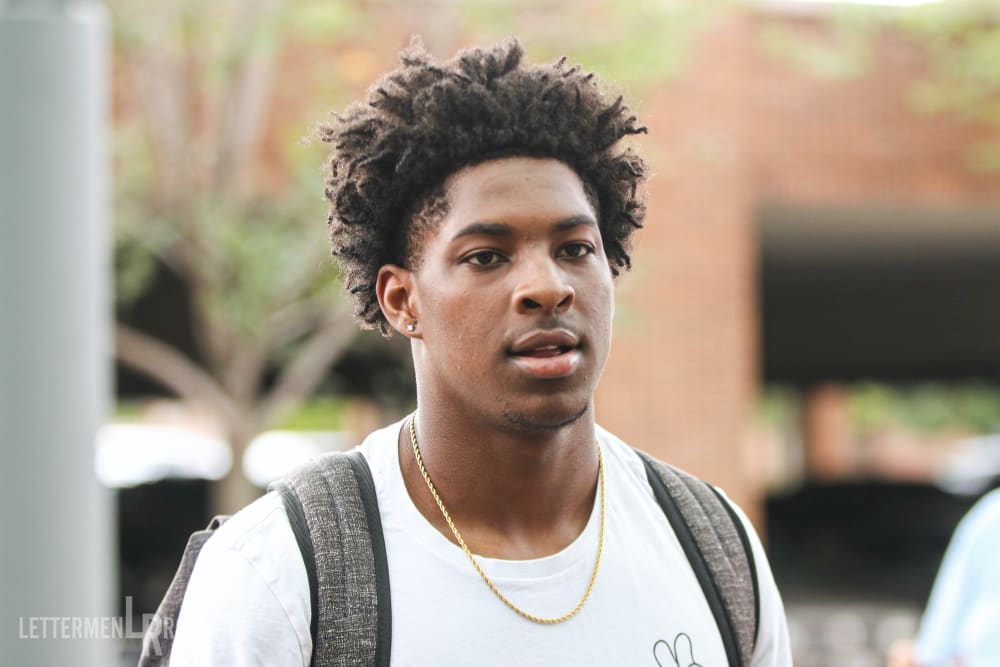 But every time Josh Proctor nabs an interception, a young defender like K’Vaughan Pope or Sevyn Banks takes a pick back for a touchdown or a fumble is scooped up by the defense, that comes at the expense of the offense. And at some point it only becomes natural to wonder if the defense is truly playing that well — or if there are actually concerns about the retooled attack with four new starters on the offensive line and an inexperienced quarterback at the helm.

“That’s a great question, because I think once you get on the film, you have to realize and look at and see what exactly was going on,” Day said. “Was it a pressure? Was it a route that was run incorrectly? Or was it just a really good defensive play? That’s what we have to look at.

“I think maybe it was a little bit of both. I think there’s some things we could have cleaned up and been a little bit careful. What happens when you play quarterback in practice, there’s no real ramifications for throwing it late in the down, throwing it downfield. If a play is made, it’s made. If not, it’s the next play in practice. But when you’re in scrimmage, you’re in the game, we obviously know it could be detrimental the whole game. What we tried to create is that environment today, and hopefully some learning lessons there.”

Those chances for growth always come out of competition when there’s a winner and loser, and one of Ryan Day’s core approaches to teaching is that no progress can be made without failure along the way.

One side is always going to get that in a scrimmage. Now it’s up to the Ohio State offense to catch up and even the score.