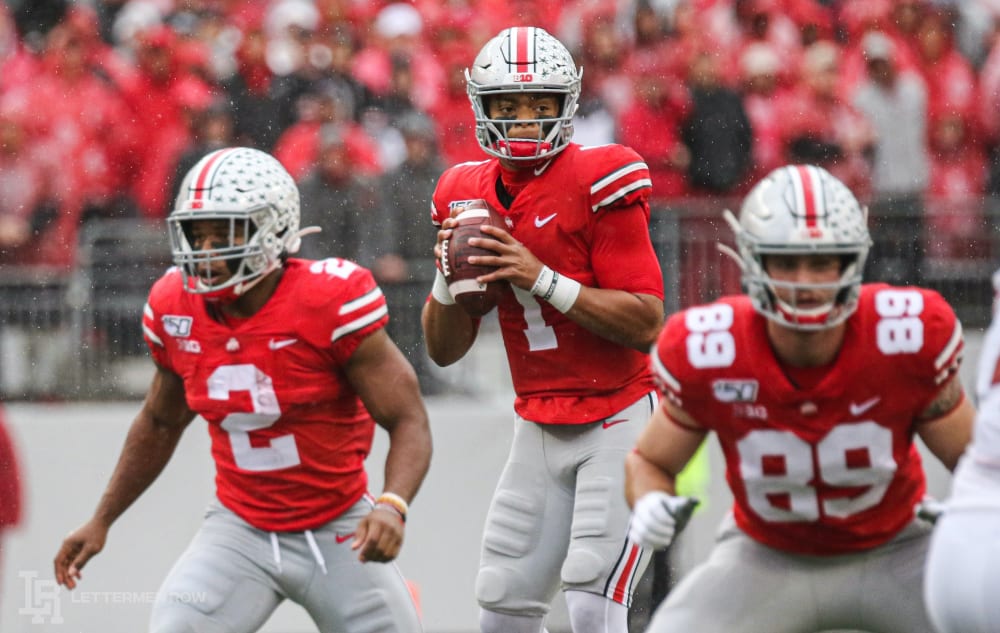 Ohio State quarterback Justin Fields might not be needed in the second half of the next two games. (Birm/Lettermen Row)

The speculation, debate and conversations about Ohio State never end, and Lettermen Row is always ready to dive into the discussions. All week long, senior writer Austin Ward will field topics about the Buckeyes submitted by readers and break down anything that’s on the minds of the Best Damn Fans in the Land. Have a question that needs to be tackled, like the one today about the Ohio State and handling the Maryland and Rutgers stretch? Send it in right here — and check back daily for the answers.

As a heavy favorite against the Terps (and likely Rutgers), how can those games be good building blocks heading into a tough two-
game stretch to end the season?

Nothing ever goes exactly according to plan in college football, and that’s why the Ohio State coaching staff spends all week preparing for virtually any scenario.

If the Buckeyes need the full game plan and a four-quarter effort, obviously that will be the first order of business. But whether Ryan Day wants to admit it or not, the real challenge against two lightweight, struggling programs like Maryland and Rutgers will probably be deciding the best way to manage the depth chart, the play-calling and the health of his program before business dramatically picks up at the end of the month.

With the Buckeyes favored by 44 points against the Terrapins and set for an even bigger number next week, how Day chooses to navigate his options for getting through this tune-up stretch is honestly the only real intrigue right now. And considering that he could do just about whatever he wants, his decisions will reveal a lot about how the first-year coach prefers to operate and the way he views these Buckeyes. 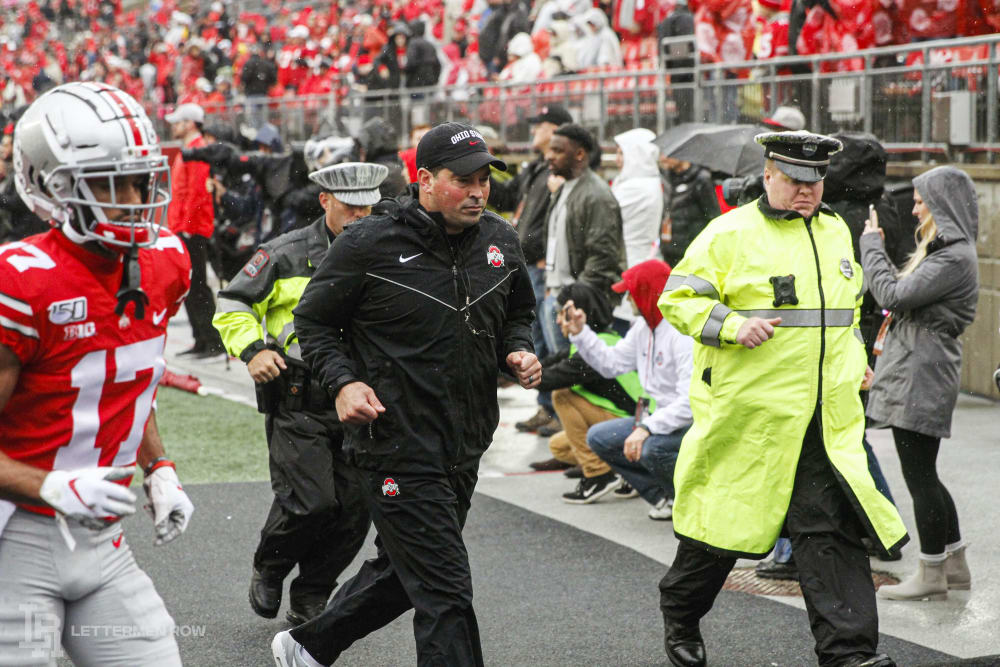 For instance: Is it better to go completely vanilla with the scheme to hide a few secrets from Penn State and Michigan — or is it better to get creative and force them to prepare for even more looks.

How many reps does Justin Fields still need at this point of the season now that he’s made eight starts? Considering how relatively little Chris Chugunov has played as the backup, it will be interesting to see at what point of any potential blowouts the Buckeyes pull their starter to have Fields healthy for the championship push.

If Jonathon Cooper has any uncertainty about his lingering high-ankle sprain, do the Buckeyes want to help him get a little rust off before the massive showdown against Penn State or do they rest him again to get him close to full strength? Ohio State does everything it can to avoid taking games for granted in the Big Ten, but those are considerations that deep down must be taken into account with banged-up guys like Cooper, Austin Mack, Thayer Munford, Baron Browning, Josh Alabi and Tyler Friday.

There’s no way to know for sure what path Day will follow this week or next, which does add a bit of spice to what is otherwise the most bland two-week stretch imaginable in Big Ten East Division action. The end result will almost certainly include some stat-padding reps for Fields and J.K. Dobbins, a chance for Chase Young to boost his Heisman Trophy candidacy and a heaping dose of caution considering the brutal closing stretch that awaits Ohio State.

But the Buckeyes will certainly be preparing as if Maryland and Rutgers can provide a challenge. From there, Ryan Day will get a chance to show what he thinks is most important to Ohio State before the real ones arrive.