COLUMBUS — Ryan Day could spend hours on the whiteboard in the Ohio State coaches room drawing up dozens of plays.

With his offensive expertise, imagination, a staff full of assistants with big ideas and an absolutely loaded roster, the Buckeyes coach could easily make his playbook as beefy as he wanted.

But there’s a difference between having a bunch of plays and building an offense. And more often than not, it’s minor tweaks to existing concepts that are helping No. 2 Ohio State keep defenses off balance — which can be as simple as having wide receiver K.J. Hill run the same route out of various formations to score three different touchdowns.

Of course, the Buckeyes can also get more complex and put in new tricks each week, and Day certainly has a few of those up his sleeve heading into the final three weeks of the regular season. It’s the ability to disguise the basic concepts, though, that is allowing him and quarterback Justin Fields to make magic this season.

“We’re always working on our packages to make sure that we have wrinkles,” Ohio State coach Ryan Day said. “There’s certain things that never see the field, certain things that do. Some things you came up with a great idea as a coach, you work on it for a couple weeks. But uou can’t let your ego get in the way. A great idea, you like it, but if it doesn’t fit right then you have to put it aside. There’s other things you work on, work on, get them ready as time goes on. 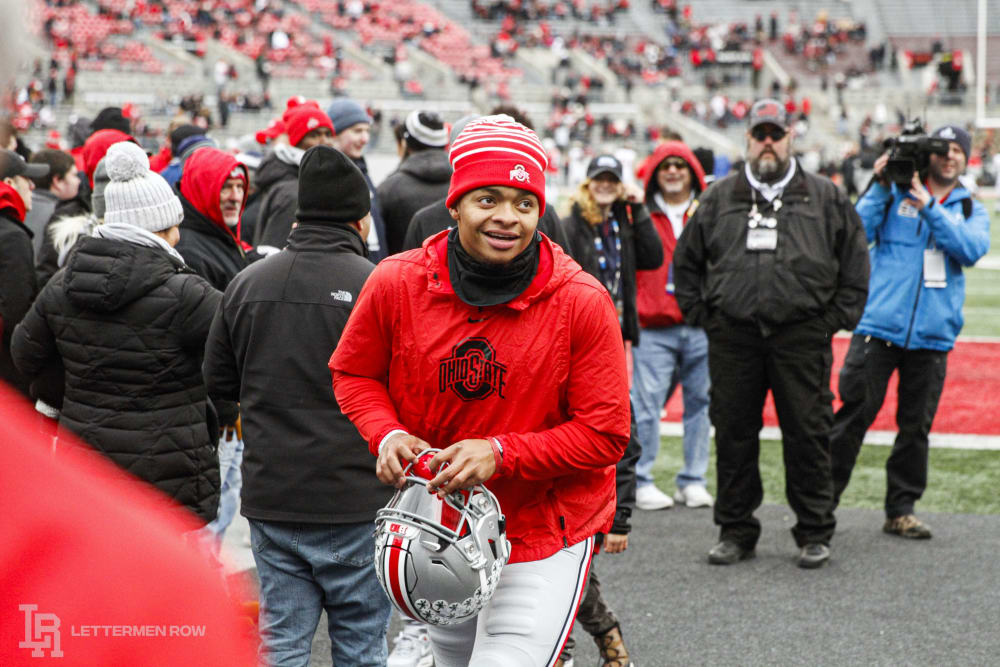 “You are always trying to experiment with new packages to stay ahead of the game. Good offenses have plays — and then plays off of plays. If they’re just plays, then you’re just running a bunch of plays — not an offense.”

The Buckeyes likely won’t need to dip too far into the playbook against toothless Rutgers on Saturday, although the tune-up could represent a good chance for the backups to execute the offense in a live setting.

Of course, Day could also use the opportunity against the Scarlet Knights to put a ton of different plays on film to force Penn State and Michigan to account for them all when they start game-planning for the Buckeyes over the next two weeks. But one way or another, Ohio State will surely show something new offensively because there’s more tweaks made and added for every game.

What has made Justin Fields a perfect addition to the Ohio State offense? How many new wrinkles can the Buckeyes still add to the attack down the stretch? When will Ryan Day ease off the gas against Rutgers? Former Ohio State staffer, Kentucky quarterback and current Ohio Dominican offensive coordinator Mike Hartline popped in the film to answer those questions in the latest episode of BuckIQ.