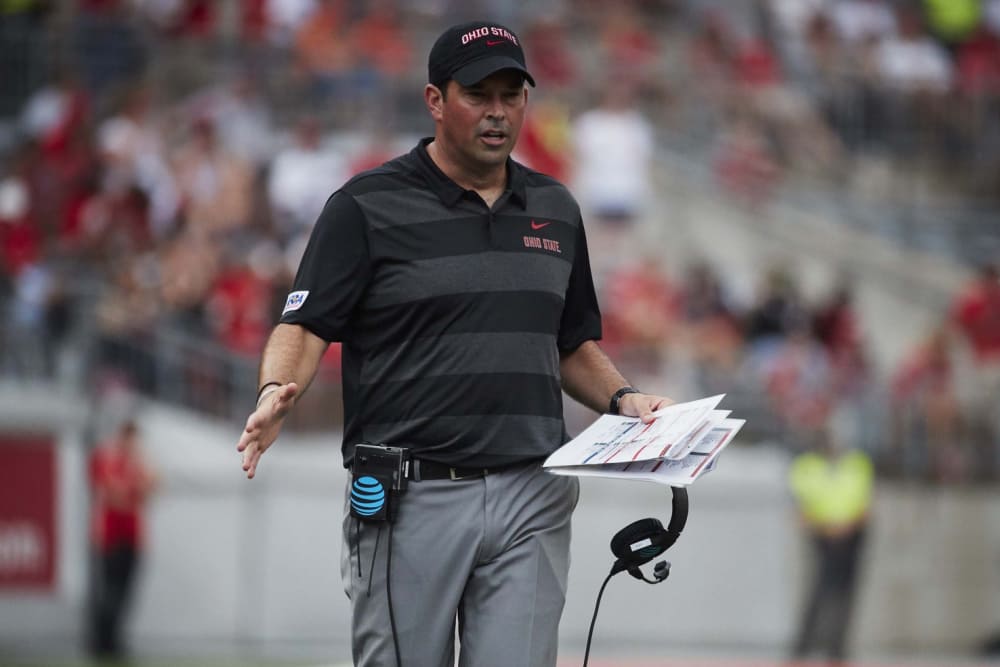 The speculation, debate and conversations about Ohio State never end, and Lettermen Row is always ready to dive into the discussions. All week long, senior writer Austin Ward will field topics on Urban Meyer and the Buckeyes submitted by readers and break down anything that’s on the minds of the Best Damn Fans in the Land. Have a question that needs to be tackled, like the one today about Ryan Day and the offensive staff? Send it in right here — and check back daily for the answers.

Hey Austin, I know you already did a question but another one that puzzles me is, Who becomes the Offensive coordinator now? Someone within? Tee Martin?

There will be no rush for Ohio State to sort out the play-calling logistics as Ryan Day moves up from his coordinator role to head coach. Honestly, there probably also isn’t much reason for the Buckeyes to tinker with what already works.

Day has been calling plays from the sideline all season. He has previous experience doing that in addition to serving as the interim coach from his three-game stint earlier in the year. And he figures to still have Kevin Wilson around in the press box to continue a collaborative effort that produced one of the most explosive attacks in the country. There’s not much incentive to mess with that formula moving forward, particularly since it’s become more common for coaches to retain some of their previous responsibilities as play-calling coordinators even after their promotions.

“Kevin and I have always worked together on that,” Day said back in August before his interim debut. “But, yes, I’ll be on the sideline and calling the plays with Kevin. And the whole offensive staff has input on all that, but that will be the plan.

” …  I think that when you look at our staff, you know, the way that our staff is built, on offense it’s Kevin and I working together.” 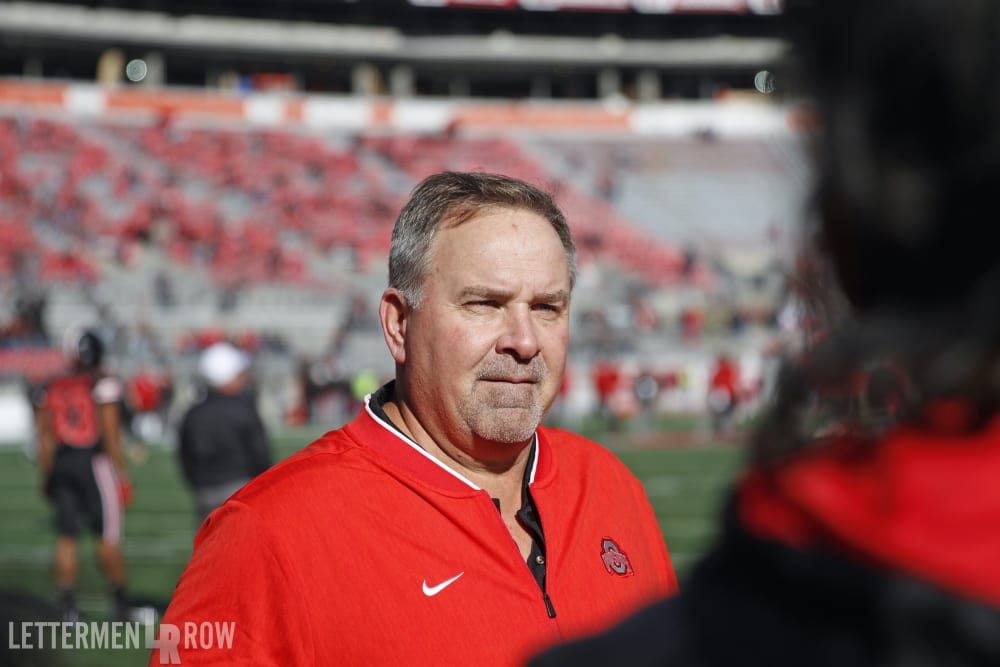 Ohio State assistant Kevin Wilson was a key part of the success of the offense last season. (Birm/Lettermen Row)

Now, that was the setup for this season. That doesn’t ensure that Day will continue to use it moving forward, although it seems likely that he would want to keep that continuity given how successful he and Wilson have been together. There is going to be an open position on the coaching staff to fill no matter what as Day moves into the top role, and it will be telling to to see whether he pursues another experienced coordinator or looks to just fill that spot with a position-specific assistant.

The only real uncertainty outside of that on offense is what happens with offensive line coach Greg Studrawa after an inconsistent season in the trenches. Multiple sources have confirmed to Lettermen Row that wide receivers coach Brian Hartline will have his interim tag removed after a fantastic first year leading that unit. Running backs coach Tony Alford also continues to be a solid recruiter and dynamic presence leading his position. And one potential option to fill the vacancy already working with the program is senior quality control coach Corey Dennis, a staffer who has worked closely with Day and was credited for some of his behind-the-scenes work with Dwayne Haskins this season.

The Buckeyes have time to deal with all that, though. The top priorities at the moment will revolve around the recruiting calendar, then evaluating everything that went wrong defensively and what steps are needed to address the issues.

On offense, the status quo will surely be just fine. And Day already knows how to dial up plays from the sideline.