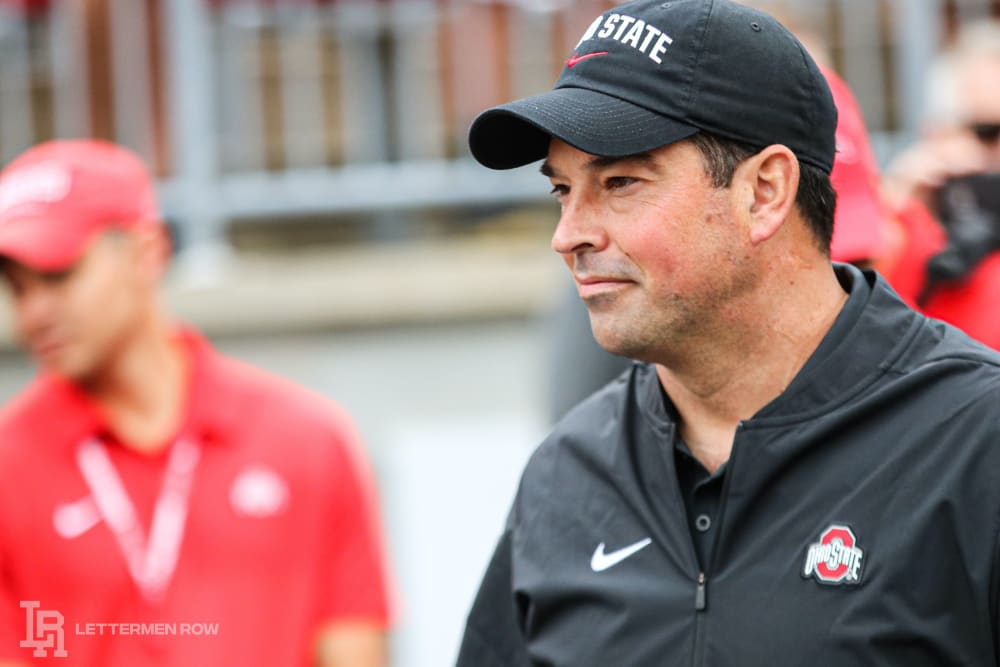 The speculation, debate and conversations about Ohio State never end, and Lettermen Row is always ready to dive into the discussions. All week long, senior writer Austin Ward will field topics about the Buckeyes submitted by readers and break down anything that’s on the minds of the Best Damn Fans in the Land. Have a question that needs to be tackled, like the one today about the Ohio State and the play-calling in the opener? Send it in right here — and check back daily for the answers.

@AWardSports Did the offense take their foot off the gas and treat this as a scrimmage after going up 28 in the first 8 minutes? Just rewatched the game and the playcalling looks different after the first 4 drives. Hiding stuff?Trying to keep stuff off film? Make offense adapt?🤔

Figuring out exactly what to make of the Ohio State offense in the opener isn’t easy. And it’s also distinctly possible that a bunch of different things can all be true about the Buckeyes coming out of that performance.

The first quarter offered a glimpse at a truly terrifying scoring machine that might be almost unstoppable to defense. The second quarter could be a reminder that there are still kinks to be worked out with a quarterback making his first career start and four new full-timers on the offensive line.

The Buckeyes also scored 45 points, which plenty of teams around the country would gladly trade for in a heartbeat. Ohio State also could have put up a lot more given that ridiculous efficiency over the first nine minutes — and it was maybe a couple questionable calls and an uncharacteristic drop away from lighting up the scoreboard even more.

Clearly Ohio State didn’t deliver its best performance over the full 60 minutes. But was that a matter of inexperience, first-game rust — or maybe even by design as the play-calling clearly veered off in a conservative direction once the outcome was no longer in doubt? 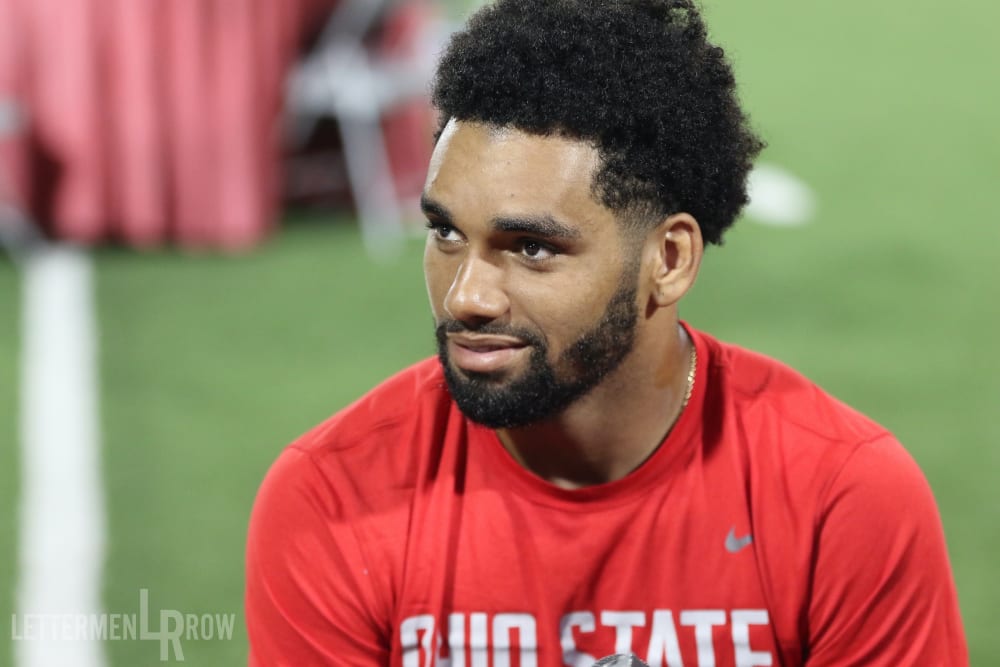 Ohio State wide receiver Chris Olave scored one of the early touchdowns in the Buckeyes barrage on Saturday. (Birm/Lettermen Row)

Ryan Day might not want to admit it for a variety of reasons, but it certainly seemed as if the Buckeyes were more interested in getting through that victory unscathed than running up the score. And the Ohio State coach also had plenty of motivation to go that route, since having a couple flaws to pick at can make it easier to get the attention of his team and it also leaves a bunch of tricks left in the bag for when the level of competition picks up.

“That [start] goes to show the explosiveness of what we can be and I think everybody felt that,” Day said. “Now it’s time to keep building on it as we go.

“We have to play for a full 60 minutes. Those first six, seven minutes, whatever that was, was just completely dominant. But then the rest of it was just OK. We can’t take a deep breath after we go up like that. We have to continue to sustain, and if we take some of the starters out, that’s the coach’s decision. We have to make sure we’re putting our pedal to the metal and finishing off the game.”

There’s also a balancing act when it comes to managing the game down to the final seconds. Day really can’t be blamed for taking a more cautious approach in Week One of such a long, grueling season.

That’s especially true for him at quarterback. And the coaching staff was clearly torn between a desire to get Fields reps while also wanting to scale back his rushing attempts to protect him from extra hits given the lack of experienced depth behind him. Ohio State became much easier to defend when Florida Atlantic knew Fields was no longer going to be a threat on the ground. But when it felt the need to flip the switch back on, the attack came right back to life with consecutive touchdown drives in the middle of the second half to again push the lead out to a comfortable margin.

Could the Buckeyes have piled on even more? Almost certainly. But opening up the playbook more or trying to post an even bigger blowout wouldn’t be much reward compared to the risk, and in the end Ryan Day got just about all he could have wanted from the opener.