The speculation, debate and conversations about Ohio State never end, and Lettermen Row is always ready to dive into the discussions. All week long, senior writer Austin Ward will field topics about the Buckeyes submitted by readers and break down anything that’s on the minds of the Best Damn Fans in the Land. Have a question that needs to be tackled, like the one today about Ohio State and the first-time starting quarterbacks as part of Position Week? Send it in right here — and check back daily for the answers.

I'm more concerned if Day gonna turn him loose or more of that first year starting QB bs approach that other OSU coaches have taken.

Whatever experience a first-time starting quarterback might lack, Ryan Day makes up for it with his working with new passers.

That’s just about everything he’s ever known, since Justin Fields is the only multiyear starter he’s ever coached in his career. Even that didn’t come with a normal period of development or practice, robbing Day of the chance to expand the arsenal quite like he might have envisioned.

So, while it certainly seems daunting from the outside for the Buckeyes to be pinning their national-title hopes so heavily on guys like C.J. Stroud, Kyle McCord or Jack Miller without any of the them having thrown a pass at the collegiate level, this is really the norm for Day. And he’s shown a remarkable ability to prepare and maximize the potential of his young quarterbacks, helping turn the last two rookies into Heisman Trophy finalists by the end of those respective seasons.

Day has done that by staying patient in the growth process. But that shouldn’t be confused with holding back the playbook or a conservative approach in games. Once Day picks a guy, he has put full trust in him to do whatever is needed to lead one of the most explosive offenses in the country — which is how Dwayne Haskins and Justin Fields wound up in New York City by the end of their first seasons running the show. 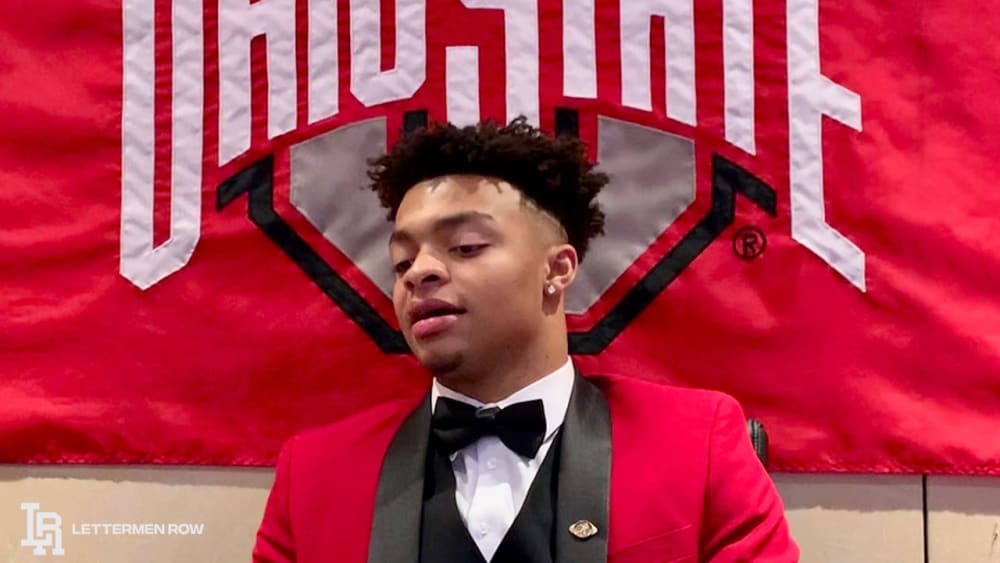 “You can’t win the job in one day,” Day said in spring. “You can’t with the job with one throw, either. You have to just build over time, and that’s important to understand. It’s easy when you’re young to try to force the action and try to win the job, and it doesn’t come that way.

That process also won’t be complete by the end of the first season. What has allowed Day and offensive coordinator Kevin Wilson to thrive with new quarterbacks is understanding what they do well and putting them in spots that allow them to get up to speed quickly — while progressively adding more options along the way.

Day was quick to point out that Haskins had roughly 60 percent of the offense available to him even after winning the Big Ten title. There was also much more that Ohio State was planning to add to the repertoire for Fields as the reps piled up, though he was obviously plenty dangerous as a sophomore despite barely playing as a freshman at Georgia in a completely different system.

The consensus from quarterbacks who have worked with Day is that it takes roughly a year before getting truly comfortable. Ironically, Day almost never gets a chance to unleash a starter for a second season when an exponential growth curve might really take off when familiarity with the concepts match up with on-field snaps.

But that hasn’t kept Ryan Day from building record-breaking offenses with first-year starters. It didn’t keep Dwayne Haskins or Justin Fields from earning Heisman invitations. And it’s a safe bet that Ohio State won’t be pulling the reins back on the next quarterback either.