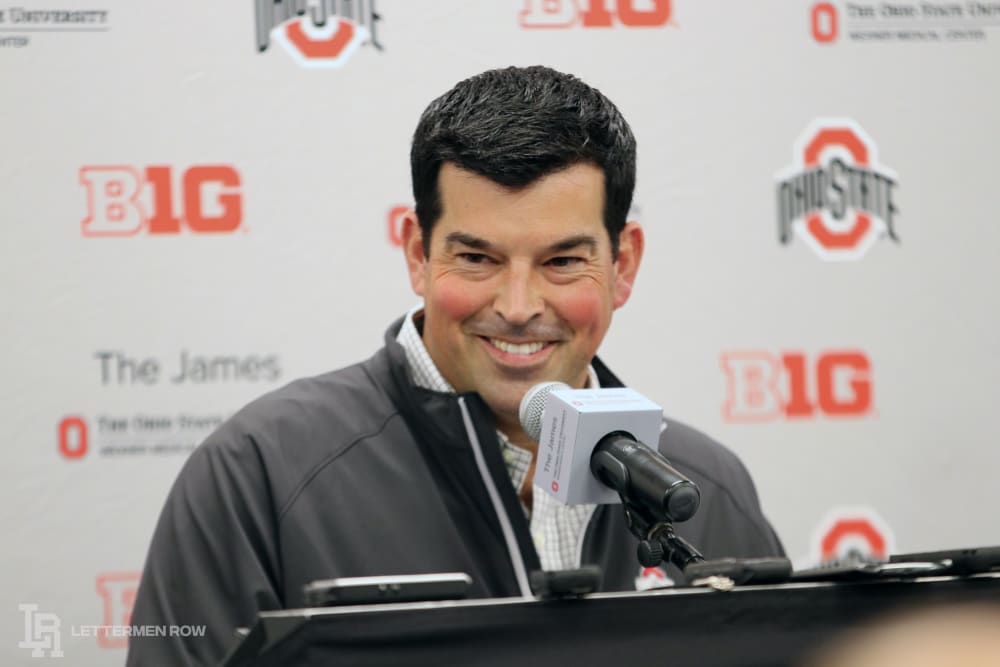 COLUMBUS — Ohio State will head into the weekend with a healthy appreciation for the visiting coach, plenty of knowledge about what he’s given the program and a number of players who developed personal relationships with him.

But Luke Fickell shouldn’t expect a welcome mat rolled out for him or Cincinnati in his homecoming — not that he would want one anyway.

Ryan Day has only had a few encounters with his counterpart prior to their matchup this weekend in the Horseshoe. But Fickell is one of a small handful of people in the world who knows the pressure that comes with leading the Buckeyes, and that alone is enough to ensure that the Bearcats will have Day’s full attention and respect.

“Luke, I have a tremendous amount of respect for him,” Day said on Tuesday. “I’ve gotten to know Luke a little bit and his family, but not a ton. Had several conversations even this summer. But again, a tremendous coach and what he’s done here speaks for itself.

“Got a lot of respect for Coach Fickell and what he’s built down there. I think it’s a very strong program, in great shape. So we know they are going to come in here hungry. Being in the same state, we know that means a lot. We are up for the challenge, but getting ready for it as we get ready for Saturday.”

What areas are the most important for the Buckeyes coming out of the opener and into what should be a much tougher test against Cincinnati? Here’s what Lettermen Row took away from Day’s weekly press conference and interviews with a handful of other key figures with Ohio State on Tuesday at the Woody Hayes Athletic Center. 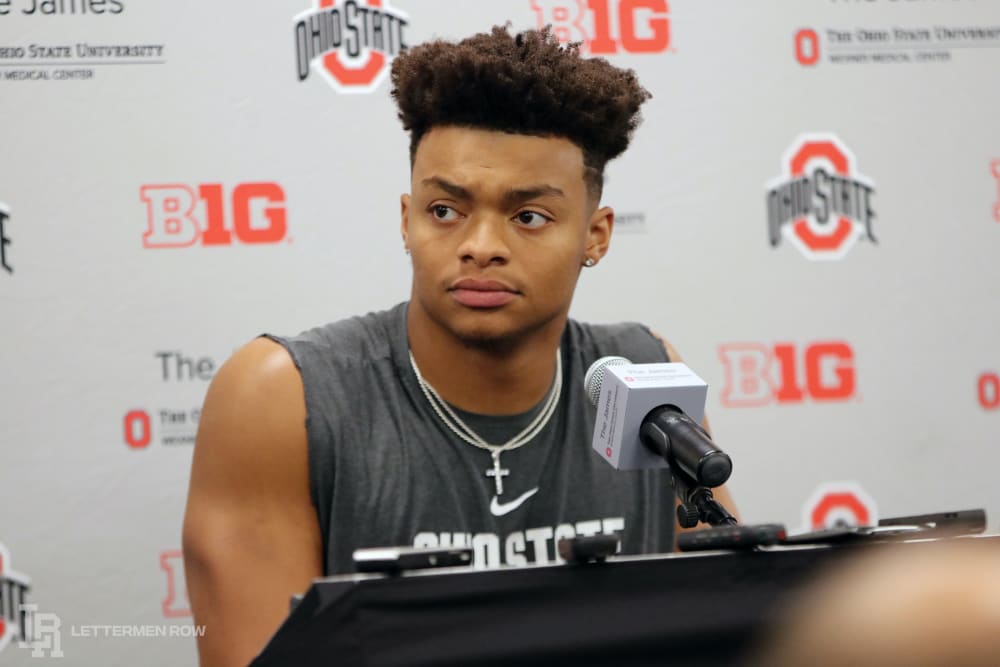 The Buckeyes spent training camp emphasizing the need to protect the football. Then they opened the season with a lost fumble and an errant lateral that was scooped up by Florida Atlantic, two turnovers that helped take some of the luster off what could have been a truly dominant performance.

The missed connection between Justin Fields and Garrett Wilson on the backward pass might be understandable since both of those guys were playing for the first time at Ohio State. But having a veteran tailback like J.K. Dobbins cough up the football was a bit surprising for the Buckeyes, and it ensures that Day will again be making ball security a major talking point for his team this week against an opportunistic Cincinnati defense.

“Overall, I thought we handled it pretty good,” Day said. “I know two turnovers — we want zero. The bubble one is a funky one and we’ll clean that up. The other one is inexcusable, the one that J.K. spins on, the ball pops out. That cannot happen. We have to get that fixed.

“But I thought in terms of throwing game, the receivers catching the ball, for the most part when you look at it on film, it was secured. It was locked away. It wasn’t like it was loose all over the place and balls are flying all over the place like I’ve seen in some of the games in opening games, but that doesn’t mean anything this week. We have to get to zero turnovers, because that’s what the plan to win says and we have to follow that. It will still be an emphasis this week and moving forward.”

The bar is high as Justin Fields tries to fill the shoes of one of the most prolific seasons by a quarterback Ohio State has ever seen, and Dwayne Haskins isn’t afraid to remind him of that occasionally.

But Fields had a chance in his debut to top his friend and predecessor if he could have punched in one more touchdown. And he joked about letting that opportunity slip away in what was otherwise a smashing success for his opening performance with the Buckeyes.

“It definitely means a lot to me,” Fields said with a smile. “I think I could have scored one more touchdown. I didn’t know that was the record. If I would have known, I probably would have tried to score one more to beat him out.”

Fields, though, was quick to point to all the areas where he still has to improve after just one game. And with a couple better protection calls or perhaps a drive or two with better game management, that record could have easily fallen.

Justin Fields: Ohio State quarterback as he prepares for Cincinnati, looks back at FAU
Watch this video on YouTube.

The vibe was obviously different for Jonah Jackson this time around in the Horseshoe. This time he was playing for the betting favorite, he was wearing scarlet and gray — and Jackson was bulldozing defenders and helping set the tone for the Buckeyes.

The graduate transfer from Rutgers was yet another guy making an anticipated Ohio State debut, and it was another that was a smashing success. After reviewing it on film, the Buckeyes graded him a Champion and counted up an impressive nine knockdown blocks from the left guard.

“I think that might take the cake for most knockdowns,” Jackson said. “You know, I still made some mistakes here and there, and there are some things I’ve got to fix for sure in that.

“If there’s one thing I like to hang my hat, that’s being nasty and finishing. That’s something I wanted to make sure I did in the game.”

Jonah Jackson: Ohio State guard on his first game as a Buckeye
Watch this video on YouTube.

Jashon Cornell ideally will slide back inside for Ohio State

Larry Johnson still doesn’t have a full complement of personnel on his defensive line, and it’s hard to get a read at this point on when the Buckeyes might get everybody healthy.

But if Jonathon Cooper and Taron Vincent remain out this week with Tyreke Smith and Tyler Friday perhaps game-time decisions again, the Buckeyes can rest a little easier thanks to the versatility of Jashon Cornell. Ohio State still intends to play the senior as a three-technique tackle on the interior, but in the short term, Johnson is full comfortable letting Cornell work on the edge — especially after he chipped in two tackles for loss, a sack and a forced fumble in the opener.

“Jashon is a team player,” Johnson said. “He didn’t blink an eye. I tell you what, he did a great job for us, he really did.

“I prefer him back at the three-tech position. My philosophy is the three-technique has to be a great pass rusher, and Jashon brings a different level at that position. So, we’re going to move him back as we continue to go forward.”