MIAMI — By just about any measure, Ohio State has already had a wildly successful season.

Of course, the standard the Buckeyes hold themselves is a little bit higher than most, so they aren’t satisfied yet simply by earning a shot at the national championship.

Overcoming all the adversity during a pandemic to simply play this year, posting an unbeaten record, winning another Big Ten title and crushing Clemson in the Sugar Bowl all qualify as milestones for Ohio State heading into the title game against Alabama. But it’s what happens on Monday night in South Florida that will ultimately be the lasting memory for the Buckeyes, and that’s exactly how they want it.

“But ultimately this is the final goal. That’s what all the focus is on right now.” 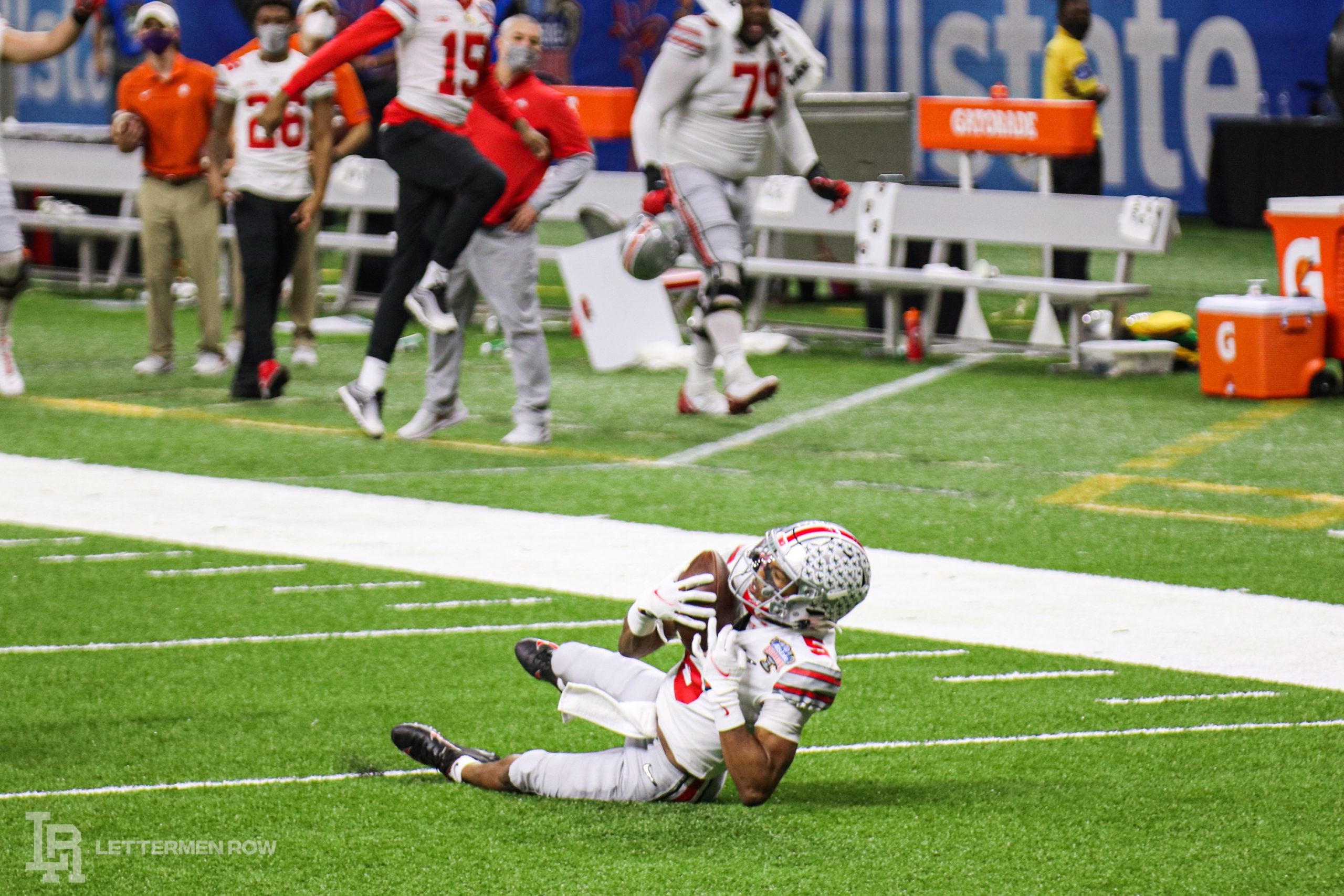 The Buckeyes have arrived at their final destination on the heels of truly magnificent work from quarterback Justin Fields, defensive dominance from the front seven and contributions from just about everybody on the roster as the program has dealt with positive tests over the last six weeks.

They’ve refused to make any excuses along the way, even if it would have been easy and tempting to do so considering the unprecedented situations they’ve faced. But on the flip side, Ohio State hasn’t needed to make any apologies because it also has refused to lose while writing what could be an all-time fairytale journey to the national title.

“If you start to talk about those things, think about those, focus on those, it’s just a distraction towards playing in this game,” Day said. “I think regardless of what happens on Monday night, you take the next couple weeks and reflect on the season. Now is not the time for that. Now it’s all about playing in this game, playing well, because that’s what matters.

“Any minute focusing on something like that is just a distraction towards playing in this game, and we can’t let that happen. We’ve got too good of an opponent; have to play too good to be thinking about anything like that. Once the game is over, you sit back, you reflect, and go from there.”

After all the work and accomplishments so far, the game that matters most is finally here for Ohio State.

Now the Buckeyes have a chance to leave no doubt about the success of their season.