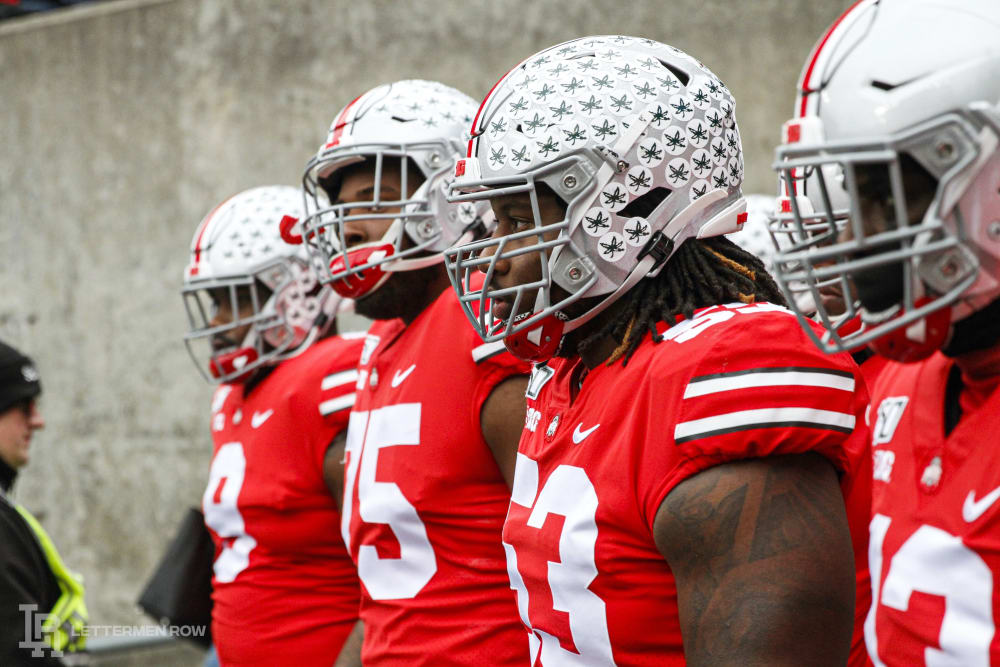 Ohio State is arriving at Rutgers as an enormous favorite. (Birm/Lettermen Row)

The speculation, debate and conversations about Ohio State never end, and Lettermen Row is always ready to dive into the discussions. All week long, senior writer Austin Ward will field topics about the Buckeyes submitted by readers and break down anything that’s on the minds of the Best Damn Fans in the Land. Have a question that needs to be tackled, like the one today about the Ohio State and a score prediction for the Rutgers matchup? Send it in right here — and check back daily for the answers.

Ohio State is a heavy favorite for the matchup at Rutgers. (BetDSI/Courtesy)

PISCATAWAY, N.J. — Ohio State is going to win, there’s no uncertainty there.

The question is if the Buckeyes want to make history. And that’s the only real drama heading into kickoff in one of the most ludicrously lopsided games in Big Ten history.

Maybe Ryan Day will pull the reins back and simply try to run out the clock on the Scarlet Knights. Perhaps for the first time this season, No. 2 Ohio State will give in to the complacency that can set in after a week of watching film and recognizing the next opponent is truly overmatched. Maybe Rutgers can simply run enough clock to keep the Buckeyes from covering a truly massive point spread.

But everything that has been learned about Ohio State this season makes those outcomes seem pretty unlikely. The Buckeyes have approached every week like it’s the only game they’ll be judged on, and that has fueled them to nine consecutive blowout, statement victories. Nobody is going to put much stock in what the two-time defending Big Ten champs do against one of the worst teams in all of college football — unless they go out and set a bunch of records.

That’s something that Ohio State doesn’t seem to ever get tired of doing, and this is clearly a team intent on leaving a legacy. 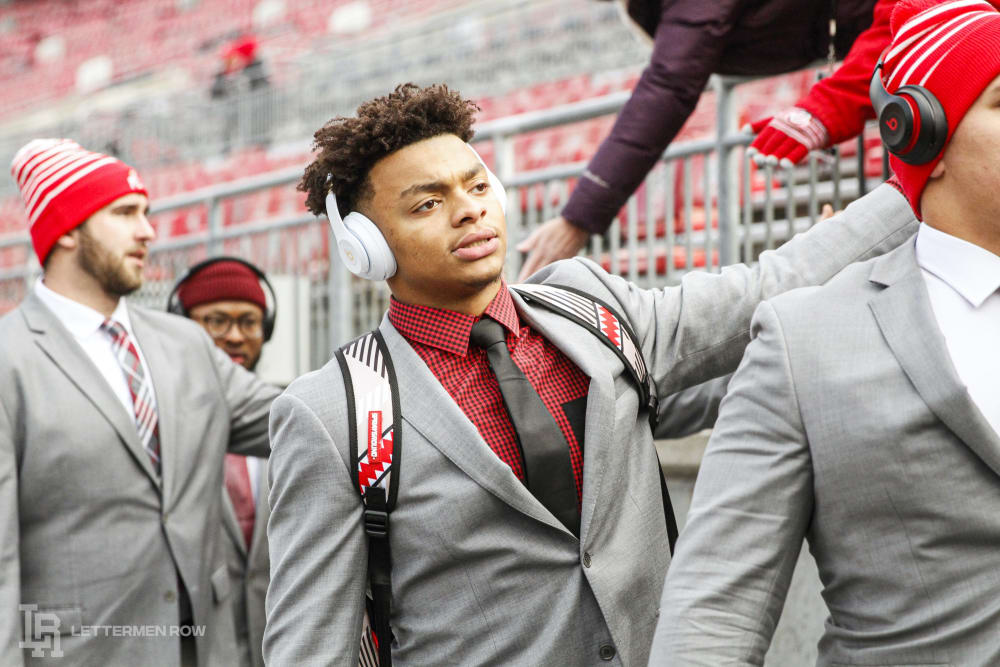 Ohio State quarterback Justin Fields should be able to pad his stats against Rutgers. (Birm/Lettermen Row)

“We want to make sure that the execution level and the scheme and all those things are at an all-time high,” Day said. “When talent does equate, we’re still going to be able to execute at a high level. That’s the challenge.”

Measuring success against their own standards is really the only test this week, though.

Obviously Day isn’t going to jeopardize the health of the starters with Penn State and Michigan looming in the final two weeks of the regular season, but he proved in the rout of Maryland last week that he’s going to let those guys play their game without restrictions until halftime. And while he’s not going to purposefully run up the score, the backups and even third-string running backs were all among the most coveted recruits in the country — and like Maryland, there’s little chance of Rutgers being able to slow them down.

So, just how high can the score get? That’s essentially going to be a question that only Ohio State can answer, but the expectation here is that it is going to get ugly at SHI Stadium as the momentum keeps building for the most complete team in the country.