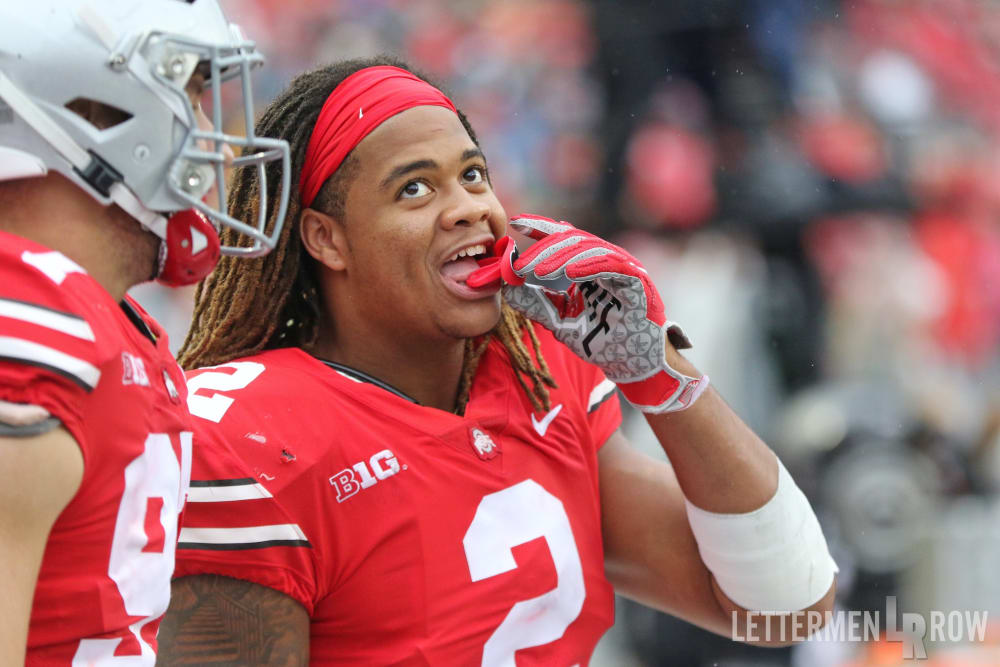 Chase Young is a rising star, but the Ohio State defensive end needs to be smart. (Birm/Lettermen Row)

COLUMBUS — Two down for Ohio State, one more to go without Urban Meyer.

Two tuneups out of the way, one big test on deck for the Buckeyes.

There’s not much more the program could have asked for out of this fast start other than better weather, but even that didn’t do much to slow down Ohio State in a 52-3 thrashing of Rutgers on Saturday at the Horseshoe. The offense kept on showing off its improvements, the defense was nearly flawless and there were even some signs of life at times on special teams.

All of that is pointing in the right direction for the reigning Big Ten champions. And before they can go establish their legitimacy as contenders down in Texas against TCU this week, it’s time to look back and see what Lettermen Row learned about the Buckeyes in the rout of Rutgers.

Ohio State is in great shape at quarterback

There’s no denying that there has been some skepticism coming from here about Tate Martell when it comes to Ohio State pressing him into action and coming up with special packages to get the backup quarterback on the field. It’s still true that the Buckeyes don’t exactly need to do it, but the redshirt freshman is sure pretty fun to watch as he gets more comfortable with each passing week. Dwayne Haskins is the unquestioned leader of the attack for Ohio State and he’s got a bonafide Heisman Trophy campaign underway now. But if Haskins does wind up going one-and-done as a starter, the future could be secure with Martell and eventually Matthew Baldwin around to keep the Buckeyes rolling at the most important position on the field.

Chase Young needs to keep his emotions in check

Maybe the unsportsmanlike conduct penalties can be debated, but Chase Young should have learned a valuable lesson on Saturday about not even putting officials in position to flag him. The trip to the locker room after his fourth-quarter ejection should have driven that point him for him, and the sophomore can’t afford to let that happen again given his importance to the Ohio State defensive line. Young looked dominant against Rutgers with a pair of sacks and another questionable call that robbed him of a forced fumble, and he’s quickly forming one of the most terrifying pass-rushing tandems in the country with Nick Bosa. The Buckeyes were scrambling for clarification on his status for next week after he was disqualified for the second personal foul, eventually getting good news that he’s cleared without restriction. But they’d obviously rather not have to go through all that again.

After years of waiting for his health to finally allow him to live up to his enormous potential, Johnnie Dixon isn’t slowing down now. From the second he was lined up with a one-on-one matchup without safety help against him early in the game against Rutgers, it was clear Haskins would be looking to hit the deep shot with Dixon if he could get a step on his defender. Instead, Dixon got several and coasted into the end zone for his first of two scores in the rout. Over his last 23 receptions, the redshirt senior has turned 10 of them into touchdowns, an almost ridiculous level of scoring production for a wideout. Maybe Haskins should be targeting the speedy veteran even more? 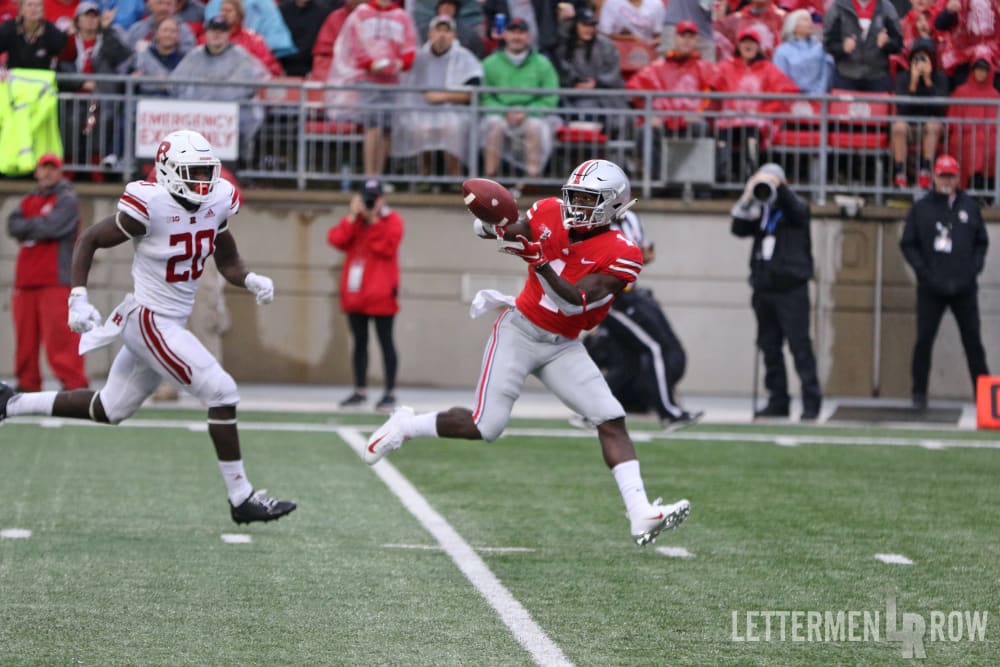 One way or another, Shaun Wade is quickly proving that he needs to be a regular part of the plan on defense for the Silver Bullets. The coaching staff has apparently been realizing that on the practice field over the last couple weeks, toying with the idea of bringing him into the nickel package or potentially even sliding him to safety — whatever it takes to get him reps. The former 5-star recruit has the kind of upside that can’t be ignored, and he doesn’t have to just line up at cornerback to tap into his potential. The all-purpose defensive back nabbed an interception along with a couple tackles on Saturday, and if the safety spot next to Jordan Fuller continues to have any uncertainty, Wade might be the answer.

It’s almost inconceivable that Ohio State would be stockpiling some of the most impressive athletes in the country but struggling to find somebody who can consistently catch a punt. Designating a guy like Demario McCall to devote full-time attention to a role on special teams was supposed to provide a solution, but that just doesn’t look like it’s going to work at this point. Despite all the hype around McCall, it seems like ball security is an issue that’s going to keep him from any kind of regular role on either offense or special teams, which opens the door for playing time in both capacities for C.J. Saunders. Yes, there was a bobble for Saunders on a punt in the season opener, but he was steady in the rain and also uncorked a 20-yard return that suggests he’s got what it takes to fix what has been a lingering problem for the Buckeyes.