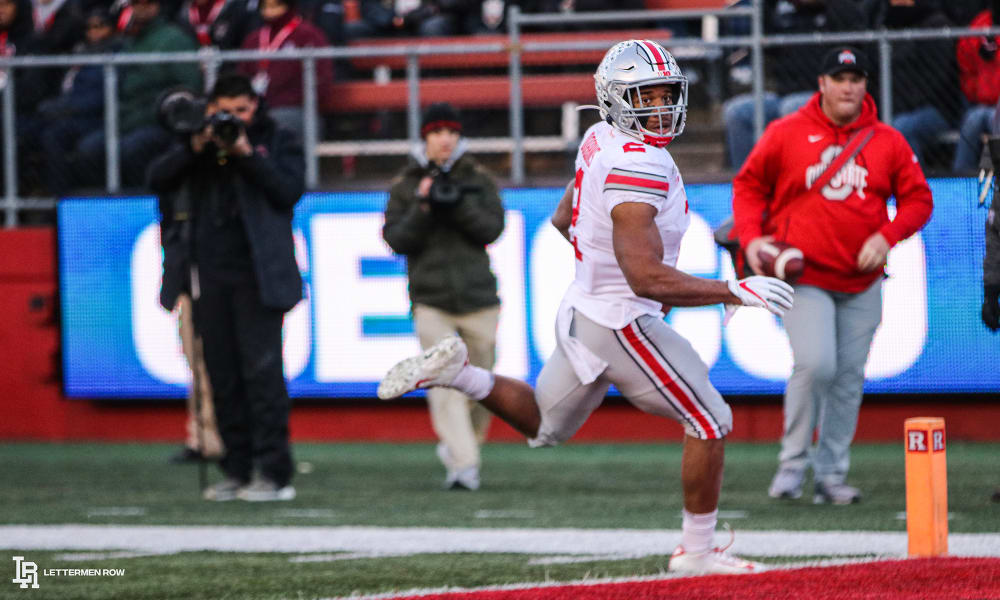 Ohio State running back J.K. Dobbins and the Buckeyes ran past Rutgers with ease. (Birm/Lettermen Row)

PISCATAWAY, N.J. — If that is what an Ohio State letdown looks like, Ryan Day can probably live with it.

The Buckeyes didn’t seem quite as focused. The execution wasn’t close to flawless. There were stretches where they looked a little bored against a clearly overmatched opponent.

And yet another blowout victory still arrived easily for the No. 2 team in the country. Now the real tests begin for Ohio State after dispatching Rutgers on Saturday at SHI Stadium, clearing the way for a top-10 matchup next week against Penn State and another huge version of The Game at Michigan.

Even without what could be considered their best stuff, the Buckeyes still dominated and removed any drama by intermission. So, Lettermen Row isn’t going to bother waiting for the final score before diving into the Snap Judgments from win No. 10 for the Buckeyes. There will be more coverage to come, but it all starts right here. 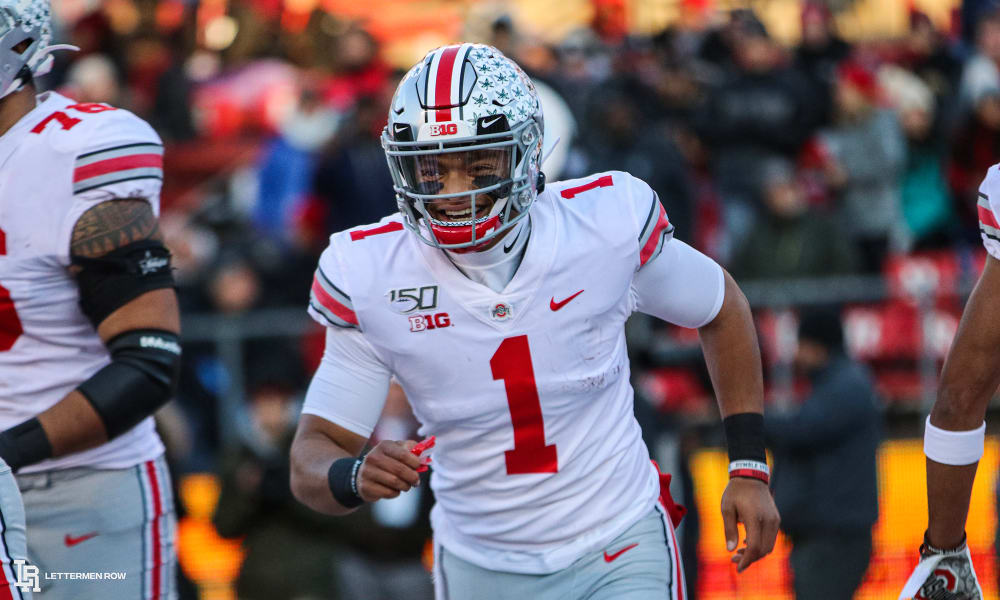 Right from the start, Justin Fields showed a willingness to run if needed. When he was standing in the pocket, the sophomore quarterback appeared as confident with his decision-making as at any point this season. And he offered one more reminder that he can deliver absolutely gorgeous deep strikes when he uncorked a bomb to Chris Olave in the first half. There had been some questions about the passing attack and whether or not it would execute at a high enough level to help the Buckeyes win games when the competition level gets tougher. Rutgers might not be the best barometer of that, but a 241-yard, 3-touchdown first half was clearly another step forward in the development of Fields.

Ohio State wasn’t exactly showing mercy on Rutgers after bolting out of the gates with a 21-point barrage by the middle of the first quarter. The Buckeyes made mistakes that allowed the Scarlet Knights to both get on the board and somewhat slow down the most powerful offense in the Big Ten — starting with a muffed punt that was followed by what appeared to be a missed assignment on a touchdown rush for Rutgers. Ohio State whiffed on a couple blocks in a red-zone situation, it committed some puzzling penalties on special teams and clearly wasn’t operating in its top gear. But at the same time, it appeared content to play with basic schemes and just get through the game without much incident, so it’s not really a sign of trouble for a team that has cruised in every game so far.

With the Buckeyes appearing to show some caution with Damon Arnette’s injured wrist, Shaun Wade had a chance to show what he could do with chances to play more outside at cornerback. He responded right off the bat with an impressive interception after tipping the ball to himself and making the catch while falling to the ground, and he doubled down on the takeaways by forcing a fumble later in the first half. Wade is going to be an interesting case when the time to decide on the NFL Draft arrives, because his athleticism is tantalizing — but he might also skyrocket into the first round with another year of improvement under co-defensive coordinator Jeff Hafley. Either way, Wade is critical for the Buckeyes right now. 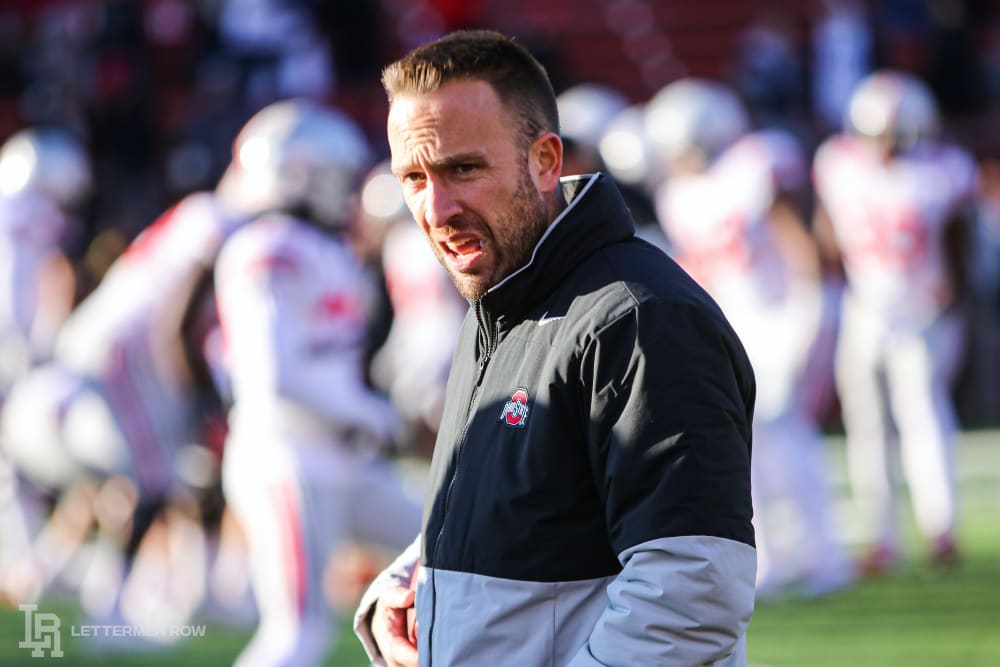 The fumbled punt by Garrett Wilson was obviously the most glaring issue, and it remains absolutely puzzling that one of the most talented rosters in the country continues to struggle every year to find a reliable, steady spark in the return game. But beyond that, Drue Chrisman just seems a little off over the last couple weeks with his punts. Ohio State was also penalized twice for illegal formations on kickoffs, unforced errors that are really inexcusable when it comes to just lining up correctly. The third phase of the game didn’t really matter much against Rutgers, but it can make a huge difference against tough competition — and that’s coming soon.