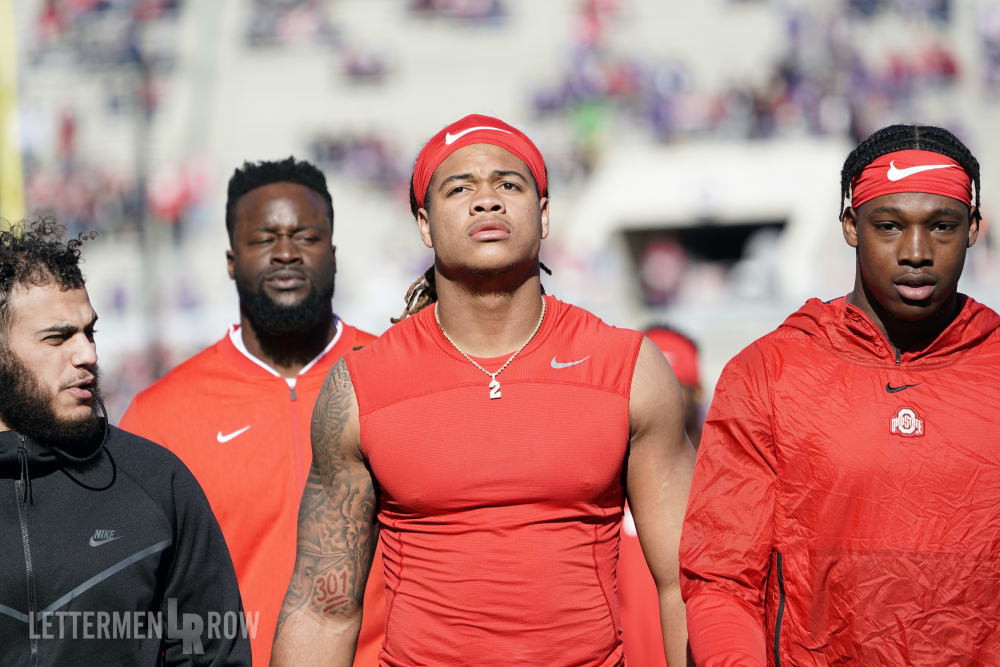 Chase Young and the Ohio State Rushmen could be even more dangerous next season. (Birm/Lettermen Row)

COLUMBUS — Nick Bosa walked out of a conditioning workout last winter and made a bold proclamation that drew a few chuckles from the assembled media at Ohio State.

After losing three NFL Draft picks and a veteran defensive tackle, Bosa fully expected the defensive line unit to be even stronger last season. And when the superstar was healthy, the Buckeyes were well on their way to proving him right.

Now Bosa is gone, though, and Ohio State is tasked with replacing two potential first-round picks while trying to meet the enormous expectations of the Rushmen under Larry Johnson. But once again, there’s a distinct possibility that the Buckeyes will absorb those losses and return next year even stronger with a group that has the potential to be the deepest, most talented the program has had under the legendary position coach.

“I’m really excited about next year,” Johnson said with a smile before the Rose Bowl. “We’ve got some great guys coming back, and then adding in somebody like Zach Harrison, that’s a piece we can use.

“I’m really excited with where we’re at.”

As far as praise goes, that’s about as high as it comes from Johnson at such an early stage in the planning for next season. But it’s easy to see why the Buckeyes have so much confidence right now, even if that also makes it a bit more difficult to figure out exactly how all those pieces fit together. 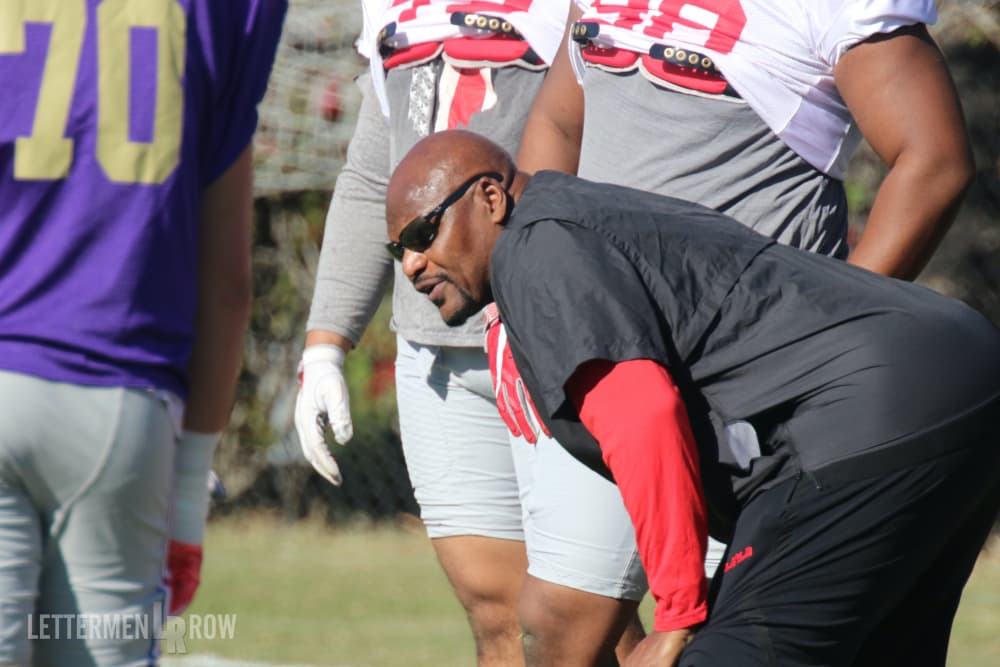 Ohio State defensive line coach Larry Johnson has a loaded group to work with coming back to the Buckeyes. (Birm/Lettermen Row)

Take the defensive tackle spots, for example. Jones declared early for the NFL Draft as expected, and that’s certainly a big loss given his playmaking ability on the interior and athletic moves that also made him a threat in passing situations. But Ohio State has established weapons in Robert Landers and Davon Hamilton returning, a swing guy in Jashon Cornell with plenty of experience, Haskell Garrett making a push after flashing last season and a pair of touted rising sophomores in Taron Vincent and Tommy Togiai.

That sort of combination of quality and quantity is almost comical. And even for a coach who rotates players as frequently as Johnson, that still might make it tough to get everybody involved.

“That’s how we’re so fresh during a game,” Garrett said. “We never die out in the fourth quarter. We’re always fresh, fresh legs in, fresh legs out. Everything is a group for us, this isn’t personal goals or anything like that.

“Having been behind Dre’Mont, seeing dudes like Jalyn Holmes, Sam Hubbard, all those guys, they set the bar for us. There’s nothing better than sitting back and learning every day. Now we’re going to enhance it, we’re going to get better. Every year is a different year, different group. But the bar always gets raised. Every year is a new challenge, get better, get stronger, more elusive and be the Rushmen.” 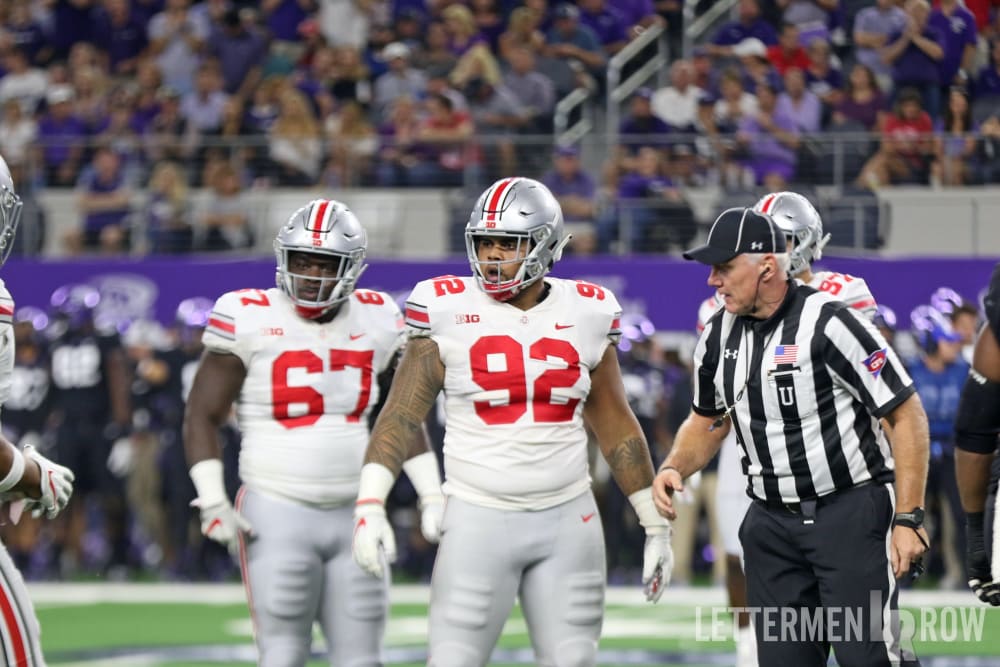 Haskell Garrett could be poised to break out for the Ohio State defensive line next year. (Birm/Lettermen Row)

That group will be the driving force behind the expected bounce-back season from the defense as a whole. And it obviously won’t be limited to that overflowing two-deep at defensive tackle.

Chase Young and Jonathon Cooper are both returning at defensive end, which is a fine place to start with two more future professionals rushing the passer. But Tyreke Smith and Tyler Friday both were drawing rave reviews during practices ahead of the Rose Bowl, and with the nation’s top recruit at the position set to jump into the mix with five-star Zach Harrison on campus, there’s no slowing down on the edge, either.

“I think Tyreke Smith and Tyler Friday, these 15 days of practice have been outstanding for those two guys,” Johnson said. “You can see them taking off, and really I’m just excited about where we are right now.

“I tell you what, put the numbers aside with some of those young guys. If you watch them play and see the plays they’ve made, it’s been really outstanding. It really was exciting, and it might be overshadowed because of [Landers] and Dre’Mont, guys in front of them. But I couldn’t be more excited for the future of what we’re adding with those guys.”

Once again, the Buckeyes are losing two of the best defensive linemen in the country.

But somehow the expectations keep getting greater anyway.