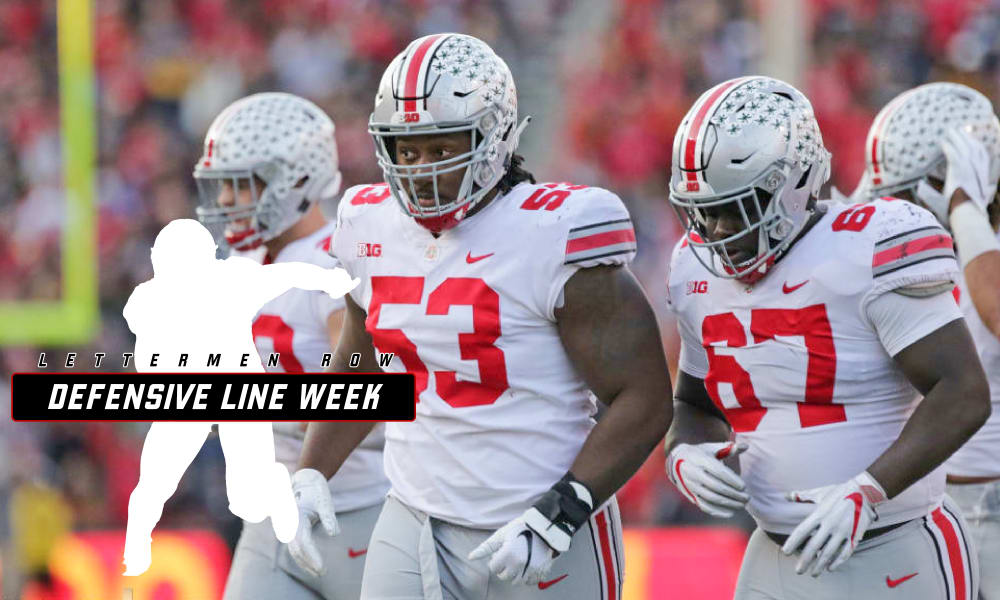 Ohio State has plenty of beef inside with Davon Hamilton and Robert Landers back for the Buckeyes. (Birm/Lettermen Row)

No matter how much talent is lost, the next wave of Buckeyes coming behind them is able to keep rolling as if nothing has even changed.

That’s largely a credit to famed position coach Larry Johnson, who deserves all the acclaim he receives as the best in the business in his area of expertise. It’s also a tribute to the program as a whole, which not only can pitch Johnson to the nation’s best recruits, but also a proven track record of preparing talent for the next level at a prestigious school with plenty of off-the-field amenities as well.

But those Buckeyes still have to go out and meet that standard and perform on the field. And the players themselves have done a remarkable job over the years of embracing that challenge, taking the torch from the guys before them and building on that rich tradition.

So, what’s next for the Rushmen? As Lettermen Row continues with Defensive Line Week, we’re bringing back all of the BuckIQ episodes from the end of last season that have focused on that unit and making it easy to binge through some film study of the deepest unit on the roster. 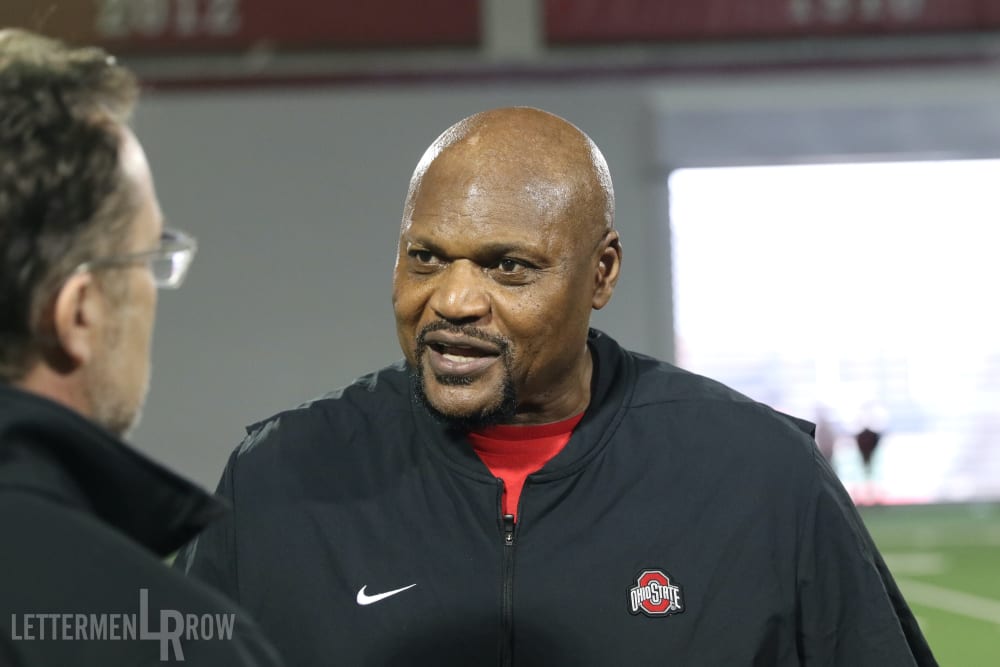 Ohio State defensive line coach Larry Johnson has no shortage of talent to work with this season. (Birm/Lettermen Row)

Former Ohio State captain Zach Boren returned to the Lettermen Row film lab to put Chase Young’s prolific outing in the Big Ten Championship game under the microscope and see exactly what is helping him blossom into the program’s next big thing.

Robert Landers is a game-changer for the Buckeyes, and it’s clear to see why on film. Former Ohio State defensive tackle and HowSheGoneEat co-founder Tracy Sprinkle was in the lab at Lettermen Row breaking down what makes Landers so successful in his first episode of BuckIQ.

What could push Jonathon Cooper over the top on the Ohio State defensive line? How many sacks might be reasonably expected heading into his senior season? Where is there still room to grow? Former Ohio State captain Zach Boren broke down all the details with the veteran defensive end as he looks to capitalize on his five-star potential.

The next wave of defensive tackles are on the rise for the Buckeyes. One of the former standouts at the position put on the film to break down what makes them so special as Tracy Sprinkle analyzed the potential of Haskell Garrett, Tommy Togiai and Taron Vincent.

Zach Harrison is next in line for the Ohio State Rushmen. And after his commitment, former Ohio State linebacker Zach Boren jumped in the Lettermen Row film room to break down what Harrison can bring to the program moving forward in his latest BuckIQ.

What makes Jaden McKenzie so appealing to Ohio State? Where does he have the most room to improve? How does he fit into the plans for the Buckeyes in the short term and over the next few years? Zach Boren was back in the Lettermen Row film lab breaking down the highlight reel of the signee from North Carolina.

The expectations are high for anybody playing defensive line at Ohio State and wearing No. 97. Noah Potter chose that number when he enrolled early, and Boren checked out the high-school highlights to see if the signee from Mentor can deliver for the Buckeyes.

Tyreke Smith poised to be next superstar Ohio State pass-rusher
Can Antwuan Jackson carve out role in Year Two at Ohio State?