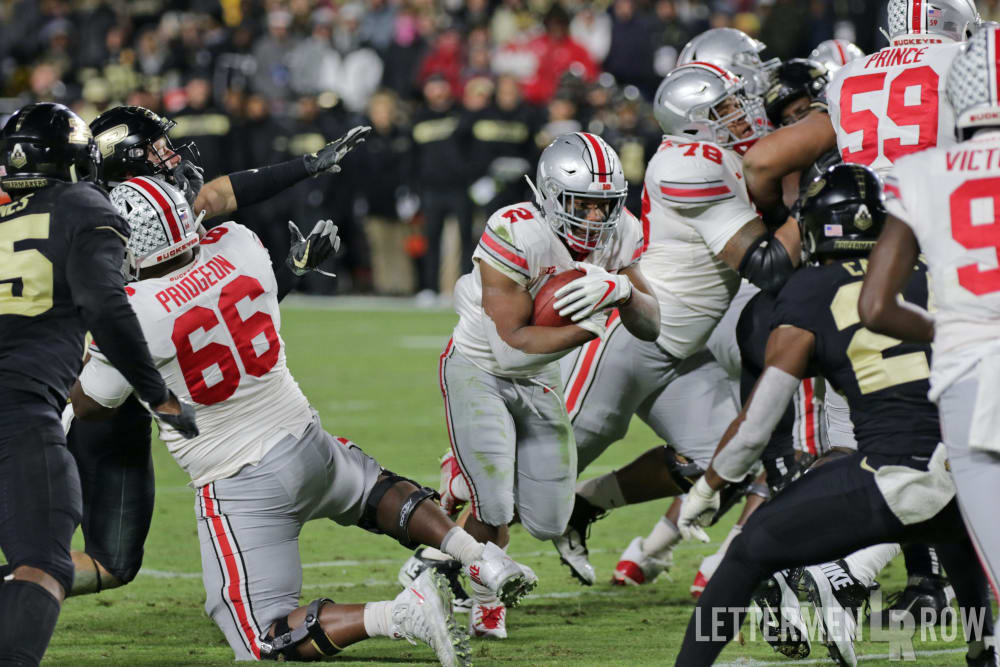 Ohio State is looking for answers as J.K. Dobbins and the rushing attack struggle. (Birm/Lettermen Row)

The speculation, debate and conversations about Ohio State never end, and Lettermen Row is always ready to dive into the discussions. All week long, senior writer Austin Ward will field topics on Urban Meyer and the Buckeyes submitted by readers and break down anything that’s on the minds of the Best Damn Fans in the Land. Have a question that needs to be tackled, like the top priority for the Buckeyes during the off date? Send it in right here — and check back daily for the answers.

What would Urban try to fix first, Red zone, defensive scheme, or focus on tackling? What changes do you want to see and what has a really shot to happen on Nov 3?

So much for Ohio State being able to survive without a rushing attack, right? After a couple weeks of rationalizing the approach the Buckeyes have taken by leaning so heavily on the pass while continuing to rack up points and yardage, that game plan blew up in their faces on Saturday night at Purdue. That really leaves no doubt about what will be on top of Urban Meyer’s to-do list during the off date, because it’s clear that there are far too many issues on the ground for the program to win a Big Ten championship the way it’s currently playing.

Fixing the problems with the rushing attack also directly correlate to the red-zone woes, which makes it even more important for the Buckeyes before they’re back on the field on Nov. 3 against Nebraska. The good news for Ohio State? It has more than enough talent to get back on track, and it probably isn’t going to require any sort of extreme adjustments.

First of all, there were some signs of discord last week with offensive line coach Greg Studrawa addressing the challenge of blocking in a run-pass option scheme. If that transition has been tougher than expected, maybe that explains some of the difficulties recently. But that would also potentially open up a different can of worms. Does Ohio State have to scale back on some plays that are clearly working in order to make the offensive line more comfortable with the traditional rushing attack, or does Studrawa simply need to use these two weeks as a miniature training camp to ensure that the confidence in the current system is restored? That’s a tough question to answer, but it’s going to be part of the serious self-evaluation period the Buckeyes are now facing. 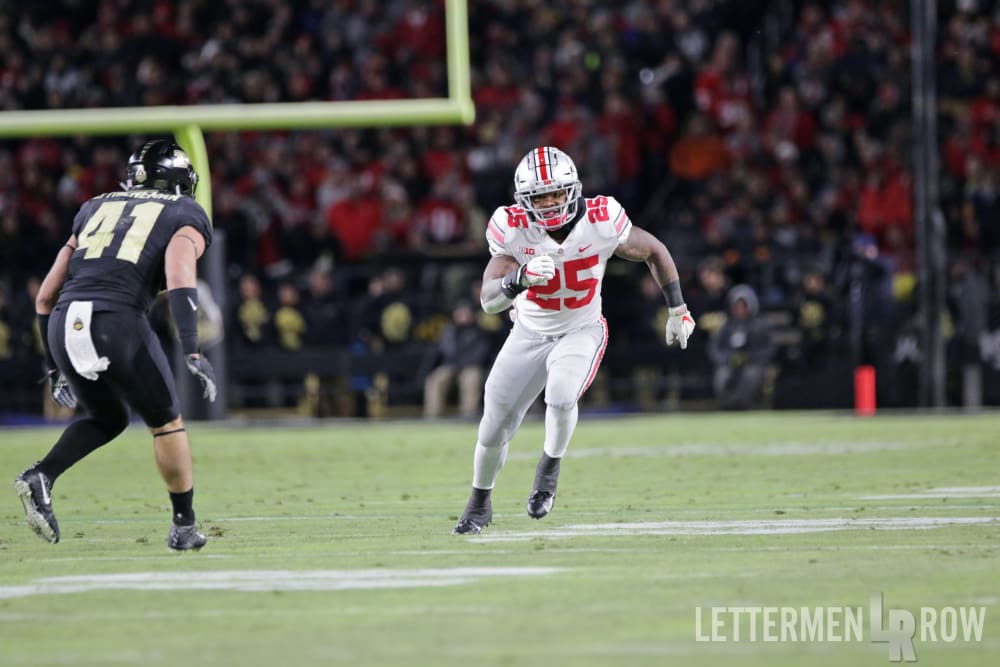 Urban Meyer and the coaching staff are also going to need to determine the best way forward for short-yardage situations, and that probably now needs to include whether it’s worth it to take Dwayne Haskins off the field and let Tate Martell provide a true rushing threat at quarterback. There are other options to consider, including simply being more creative with the play-calling for the rushing attack with some jet sweeps or packages featuring both Mike Weber and J.K. Dobbins on the field. The solution doesn’t have to be focused entirely around who is taking the snaps, but Ohio State clearly needs to find some sort of adjustment after what has happened over the last couple games.

There’s no reason to think Ohio State is damaged beyond repair. Dobbins and Weber are still two of the most talented tailbacks in the Big Ten. The Buckeyes have all the physical tools needed on the offensive line. And there also isn’t any doubt that the offensive braintrust of Urban Meyer, Ryan Day and Kevin Wilson can dial up the right scheme to get the job done.

But the pressure is on Ohio State now in all of those areas. And it needs to come out of the off date having addressed the top priority on the fix-it list.