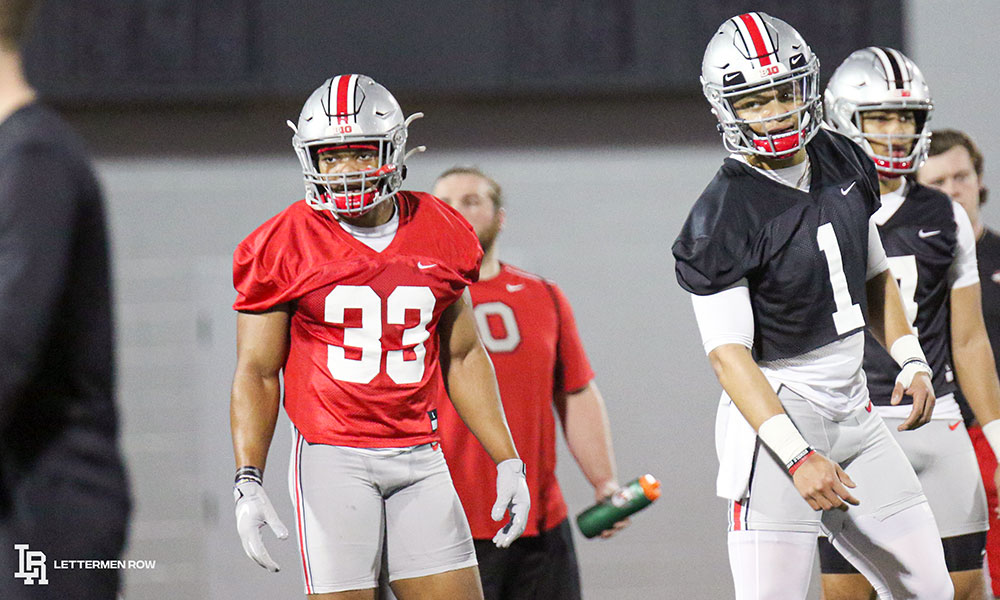 The speculation, debate and conversations about Ohio State never end, and Lettermen Row is always ready to dive into the discussions. All week long, senior writer Austin Ward will field topics about the Buckeyes submitted by readers and break down anything that’s on the minds of the Best Damn Fans in the Land. Have a question that needs to be tackled, like the one today about Ohio State and the possibilities for the rushing attack? Send it in right here — and check back daily for the answers.

@AWardSports Should we worry about the run game with the injury to Master?

The Ohio State rushing attack was always going to look different this season.

Now, the Buckeyes just get a little head start on the remodeling project, which is at least a decent silver lining to an otherwise tricky situation with the two guys expected to lead the effort both on the shelf with injuries.

No, it was not ideal to have Marcus Crowley unavailable at the start of camp due to a knee injury considering just how strong he was coming on as a true freshman last year. Yes, it would have helped to have Miyan Williams enrolled early to get him into the mix as quickly as possible. And it’s absolutely a blow that Master Teague joined him on the injury report after just one workout, especially since there’s no definitive timeline at this point for when the projected starter will return from what Lettermen Row sources confirmed was a torn Achilles.

Still, there is no reason whatsoever for the Buckeyes to hit the panic button on the ground game right now. There’s really no denying that the Teague injury is a setback, but given the timing, the inevitable schematic shift after J.K. Dobbins turned pro and the personnel on hand, it’s not really a stretch to envision scenarios where Ohio State simply keeps on rolling offensively.

The Buckeyes are going to have to move the ball in new ways on the ground, there’s no question about that. There isn’t a generational, record-setting back on the roster right now, which isn’t an indictment of Ohio State’s recruiting or the guys on hand as much as it’s just a reminder of how special Dobbins was for the program. The Buckeyes were always likely to turn back to more of a running back-by-committee approach this season, and there were already signs before Teague was injured that the coaching staff would be inserting guys like dynamic receiver Garrett Wilson or H-backs like Demario McCall or Mookie Cooper into the rushing package more often with jet sweeps and pop passes. 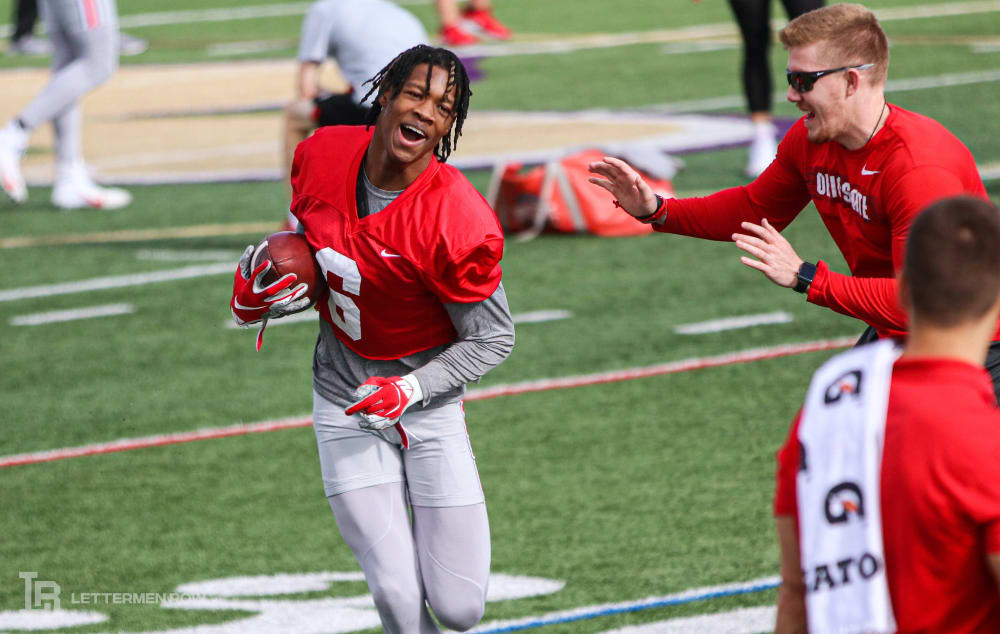 Ohio State could get creative with guys like Jameson Williams to bolster the rushing attack. (Birm/Lettermen Row)

In many ways, Dobbins helped simplify the ground game for the Buckeyes last year, largely giving them little incentive to expand the playbook or even spread around the touches as much as it normally would with its impressive collection of skill players. Even if Teague took a major step forward from his late-season struggles, he probably wasn’t going to become the all-around, every-snap tailback that Dobbins was. If he does when he returns, obviously Ohio State will be thrilled and adjust accordingly. But it’s not really fair to put best-season-in-school-history expectations on his shoulders as a first-time starter, and the Buckeyes were already prepared to find other ways to complement the ground game.

Make no mistake: Justin Fields is going to be part of that equation for the Buckeyes. Aside from his passing ability, the presence of Dobbins also meant that Fields didn’t have to show off his blazing speed, quick-shift elusiveness and ability to withstand punishment as frequently as a runner. When it comes to balancing the offense, Fields is going to need to do more of that with his feet — perhaps most notably in short-yardage or red-zone situations to keep defenses honest.

Here’s another reason the Buckeyes are going to be just fine: This could be the best offensive line the program has had in a long, long time. Anybody who winds up getting carries is going to have huge holes running behind a unit anchored by returning starters Josh Myers, Wyatt Davis and Thayer Munford — and the two open spots are both probably going to be manned by former five-star recruits. Whatever Ohio State does on the ground will be built around those guys, and it’s potentially the most stable foundation in the country.

Obviously Ohio State is short-handed right now at tailback. It’s also distinctly possible that Steele Chambers isn’t getting enough credit for what he could become after his developmental year, and this camp could wind up being a springboard for him in the competition ahead of the return of Crowley and the arrival of Williams. Once those guys are all together and healthy, that’s a pretty solid trio to work with for the Buckeyes — but that unit was always going to get some help from outside the position to bolster the ground game.

Ohio State is going to look different running the ball. But there’s still a really good chance it will wind up being just as effective.