COLUMBUS — All of the pieces appear to be in place for the Ohio State ground game.

The backfield has two of the best running backs in the Big Ten. A big, physical offensive line has consistently graded out with champion performances. And the Buckeyes also now have an extremely potent passing attack that should prevent defenses from loading up the box against J.K. Dobbins and Mike Weber.

And yet, there has still been some concern coming from coach Urban Meyer about the effectiveness for Ohio State rushing the football heading into the second half of the season.

“We have got to do a better job as coaches and better job, obviously, with players, just executing the run game,” Meyer said. “Because it’s not always a loaded box.

“That is [one] weakness of our team right now is balance on offense. … We’ve got to get back to that balance. We’ve been saying that, and we’re going to work again this week at that.”

There is one key caveat that needs to be made clear: The Ohio State offense is absolutely doing just fine even with the rushing yardage not quite where Meyer would ideally like it to be. Thanks to the third-ranked passing game in the country, the Buckeyes are putting up 49 points per game and are the envy of teams all over the nation with how effortlessly they can light up the scoreboard. 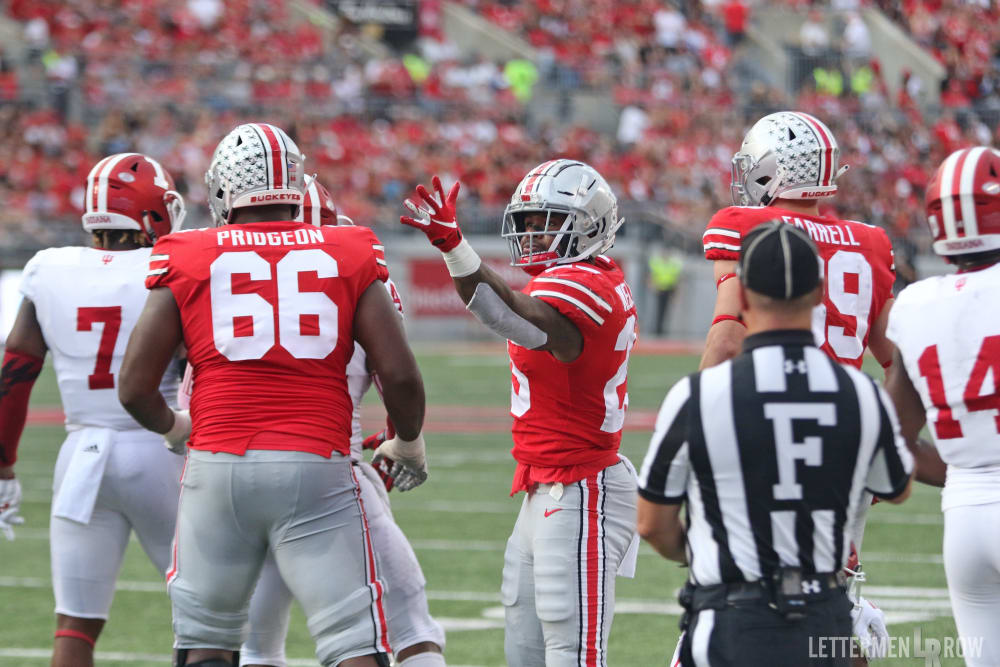 In some respects, then, adding more juice on the ground is just icing on the cake. The exception might be in short-yardage situations where Ohio State doesn’t want to run quarterback sneaks and might have just a bit of hesitancy to throw the ball in those scenarios.

In the latest BuckIQ, Lettermen Row brought in a pair of former Ohio State running backs to look at where there is improvement to be made and examine a couple breakdowns from last week’s win over Indiana. Both Beanie Wells and Antonio Pittman can see the potential in the latest crop of tailbacks the Buckeyes have at their disposal, and they also pinpointed a couple areas in the BuckIQ film lab where J.K. Dobbins and Mike Weber might be more effective moving forward in the hunt for a national championship.