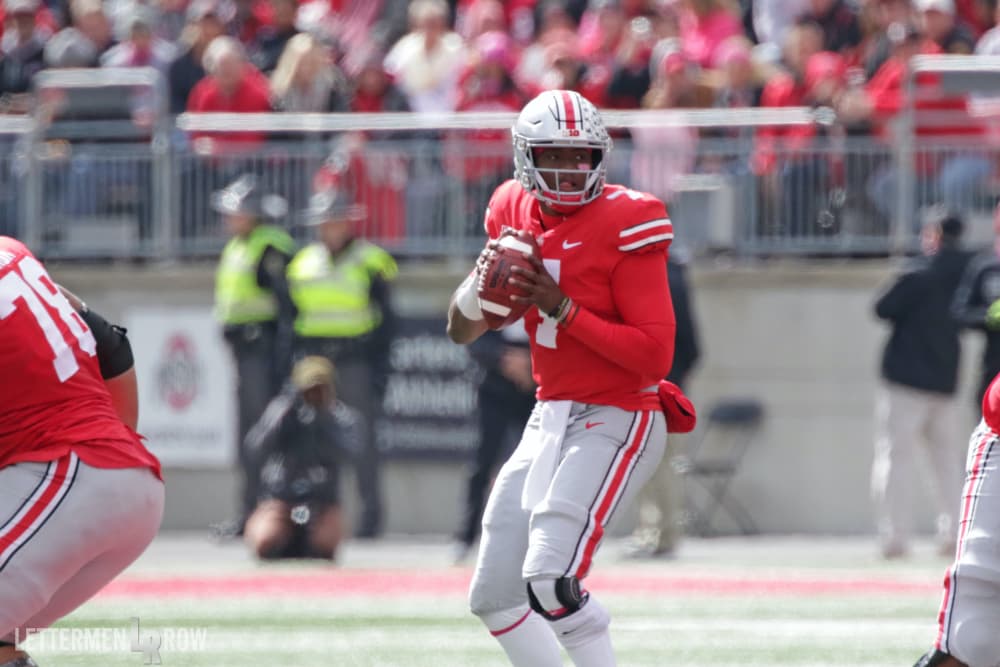 The speculation, debate and conversations about Ohio State never end, and Lettermen Row is always ready to dive into the discussions. All week long, senior writer Austin Ward will field topics on Urban Meyer and the Buckeyes submitted by readers and break down anything that’s on the minds of the Best Damn Fans in the Land. Have a question that needs to be tackled, like the one today about Urban Meyer and his rushing attack? Send it in right here — and check back daily for the answers.

Ohio State isn’t running the ball well, there is no real argument against that. The coaching staff isn’t denying it, the tailbacks are expecting more from themselves and the offensive line could certainly get more push when it’s time to go to work on the ground. But here’s a little secret: If the Buckeyes were really all that concerned about, they could make changes and improvement.

But there isn’t a problem with an offense that is ranked second in the nation in total yardage. Maybe it feels a little strange to see Ohio State throwing the football all over the field instead of relying on a powerful rushing attack, but it is playing to its strength by leaning so heavily on Dwayne Haskins. What’s the best way to generate 500 yards of offense? Any way you can.

(By the way, the fact that Ohio State sets that high bar every single week and is clearing it with ease is impressive all on its own. Only 14 offenses in the entire country are averaging at least 500 yards per game. Most of them aren’t worried about the breakdown in terms of balance.) 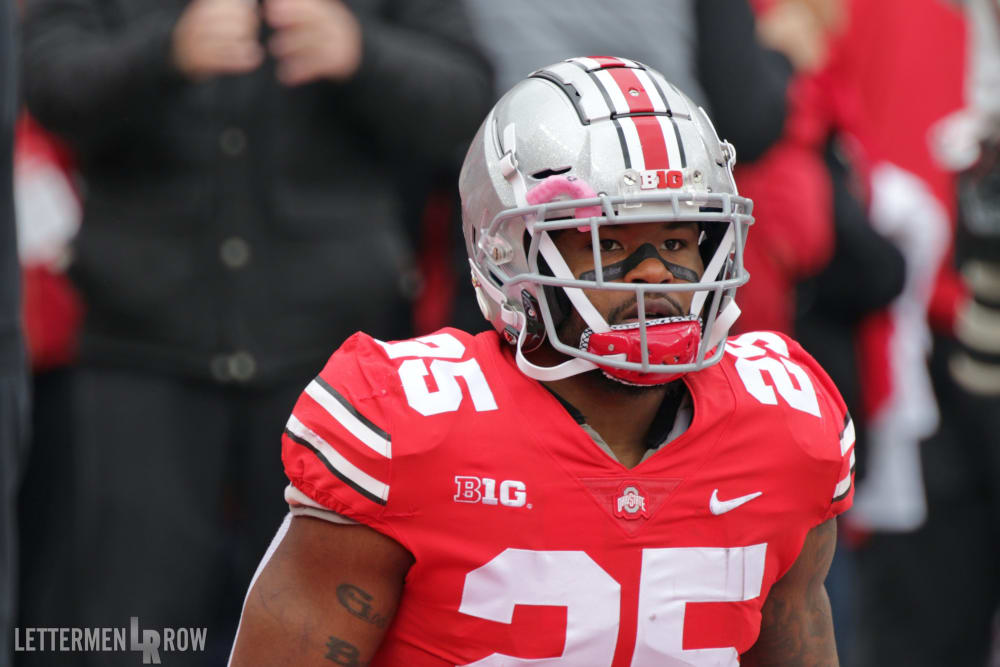 Part of this is related to the defense and the Buckeyes taking what they’re given. Opponents are still aware of how dangerous Mike Weber and J.K. Dobbins can be coming out of the backfield, and generally they continue to be more willing to let Dwayne Haskins try to beat them through the air. Obviously that isn’t working out too well, but it’s a reminder that coaching staffs are faced with a Catch 22 every single week when trying to come up with a game plan to slow down Ohio State. If a defense just dropped seven guys into coverage in an effort to contain Haskins and the wide receivers, there’s really no question that the Buckeyes would look a hell of a lot more dangerous on the ground unleashing Weber and Dobbins behind that huge, physical offensive line.

And if Ohio State truly felt the need to even the scales, it’s likely that it would be getting creative with two-back packages, installing more jet sweeps — or perhaps turning to Tate Martell to add the quarterback threat back into the mix. But there’s a reason that’s not happening, and it’s because Haskins has thrown for more than 400 yards in each of the last two games.

That streak might not stop anytime soon, either. Purdue, Nebraska and Michigan State all rank in the bottom-four spots in the Big Ten in defending the pass, so in some respects it might be a waste of Ohio State’s time to force improvement on the ground over the next three games.

Look, an answer in short-yardage situations would be welcome for the Buckeyes. And when it comes time to face an elite defense in The Game at the end of November, it’s possible that more balance will be needed and that Michigan will force Ohio State to play a different style. But that’s also not a certainty, because until somebody proves it can stop down Haskins, the only thing that slows him down is taking the ball out of his hands.