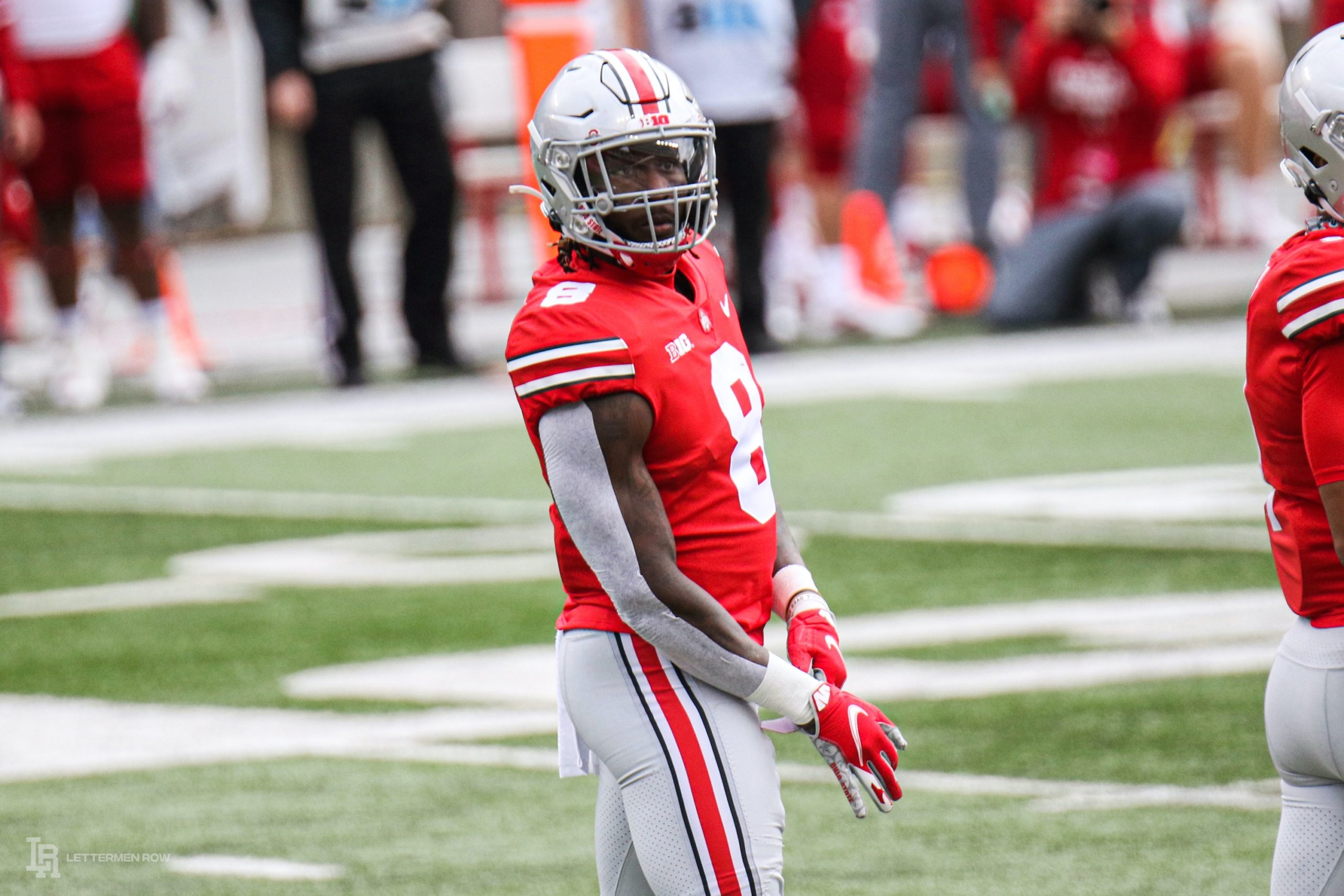 The speculation, debate and conversations about Ohio State never end, and Lettermen Row is always ready to dive into the discussions. All week long, senior writer Austin Ward will field topics about the Buckeyes submitted by readers and break down anything that’s on the minds of the Best Damn Fans in the Land. Have a question that needs to be tackled, like the one today about Ohio State and its rushing attack? Send it in right here — and check back daily for the answers.

Were the shortcomings in the run game more a result of the O-Line not opening holes, RBs not having the vision to hit them, or some combination of both? How do we fix this going into Penn St?

Josh Myers has been through this before at Ohio State.

He can’t quite put his finger on what exactly it is about the first game of the season that makes it look and feel a bit disjointed, though the Buckeyes center has come to expect that’s just how it’s going to be after such a long layoff from actually playing the game. After all, the Ohio State offensive line and star tailback J.K. Dobbins went through the exact same issues a year ago against a far less talented opponent than the one the program saw on Saturday, and obviously that turned out just fine for the rest of the season.

So, the Buckeyes might not be completely satisfied with the rushing effort against Nebraska, which was certainly sluggish early and lacking some of the trademark explosiveness they’re used to on the ground. Statistically it still looked like a productive outing, though that’s a bit misleading since walk-on tailback Xavier Johnson and freshman quarterback Jack Miller boosted the numbers with 40 late yards on the final drive of the blowout win. 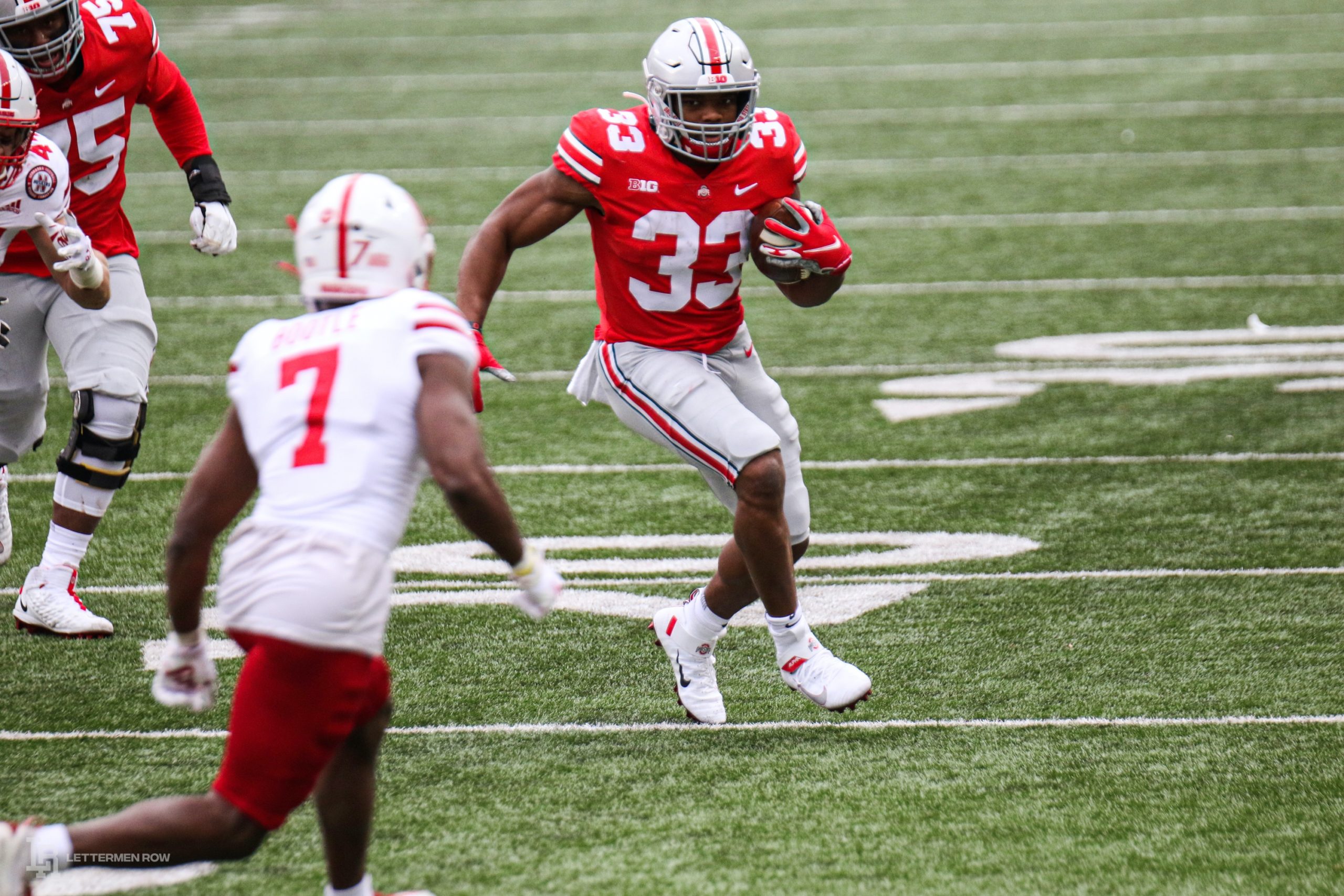 Ohio State running back Master Teague scored twice in the opener for the Buckeyes. (Birm/Lettermen Row)

But that’s almost exactly what happened last season against Florida Atlantic as well, with Dobbins finishing with 91 yards on 21 carries in an Ohio State opener that overall looks almost identical in the box score. Maybe Trey Sermon, Master Teague or perhaps even Steele Chambers aren’t about to go on a 2,000-yard binge from here, but all showed flashes of the kind of talent needed to thrive with the Buckeyes — and there is really no reason whatsoever to doubt the offensive line.

“There were definitely some things we weren’t happy with,” Myers said. “I’d be lying to you if I said it went perfect, because it didn’t. There are things that need to be cleaned up, but honestly I would just attribute that more to it just being our first game in 10 months. I don’t know how else to put it, because it’s not something we’re extremely worried about. We have confidence because those are all things we can get fixed.

“Some of it was just that it was a game where things didn’t go our way. The hole would be there and Justin [Fields] would pull it because he had the read to throw the screen or things like that. When we did block well, for whatever reason it seemed like it just wasn’t hitting. It’s not something I’m worried about. I have all the confidence in our guys that we’ll get it figured out.”

Starting the season against a Big Ten opponent added to the challenge. So did the fact that Sermon was playing his first game at Ohio State while Teague is coming off an Achilles tear suffered just seven months ago. And if season openers are always an exercise in getting the rust off, that goes double in a bizarre year like this one where spring camp was cancelled and at one point the season was completely cancelled due to the pandemic.

The Buckeyes have all the pieces needed for another reliable rushing attack. And while Ohio State wasn’t perfect in Week One, it’s a safe bet it will only get better from here.