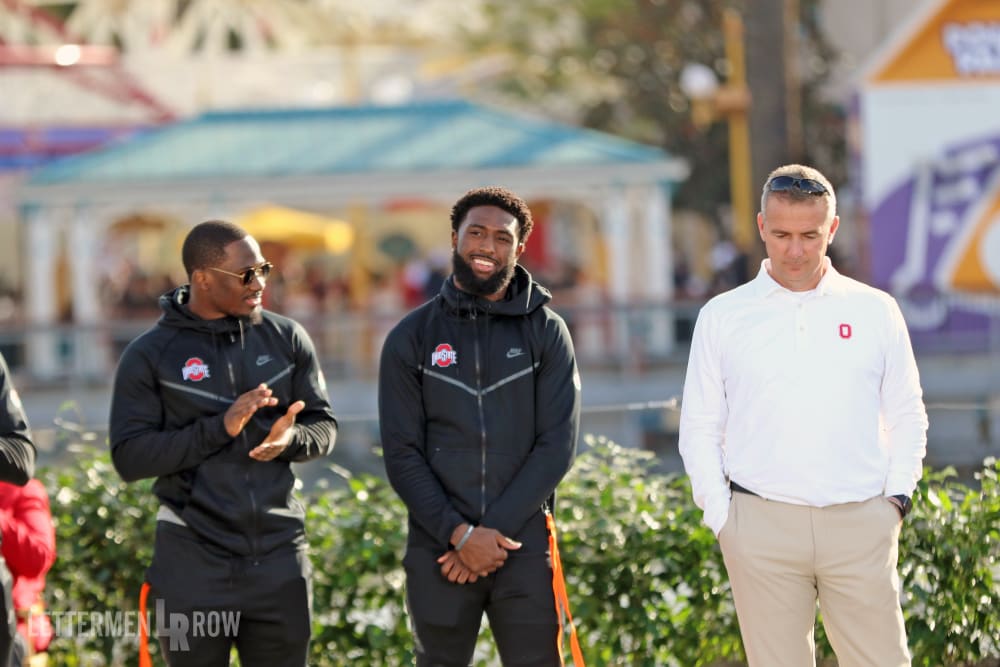 Ohio State coach Urban Meyer and the Buckeyes were welcomed at Disneyland on Wednesday. (Birm/Lettermen Row)

DISNEYLAND — The last ride at Ohio State for Urban Meyer started by taking his whole team to an amusement park for the real thing.

The Buckeyes got down to business on the practice field first on Wednesday morning after arriving to start the final preparations for the New Year’s Day matchup with Washington in the Rose Bowl. But once that was out of the way, Meyer and the program were officially greeted by a couple Disney characters, given a chance to hop on a couple rollercoasters and tune out some of the pressure to finish a legendary career with a victory.

Even there, though, Ohio State couldn’t completely ignore the single biggest storyline swirling around the historic Rose Bowl as Meyer continued to steal the show as his retirement draws near.

“The focus has not been hard at all,” Meyer said. “You guys know me pretty well, as long as they’re keeping square to do their best to win this game, because this is a big one.

“Dropped too many passes at practice, and we ran them quite a bit to get their legs back underneath them. But that’s not uncommon. It’s not our first big-time Jan. 1 bowl game. We just try to get Christmas out of them — and we did.” 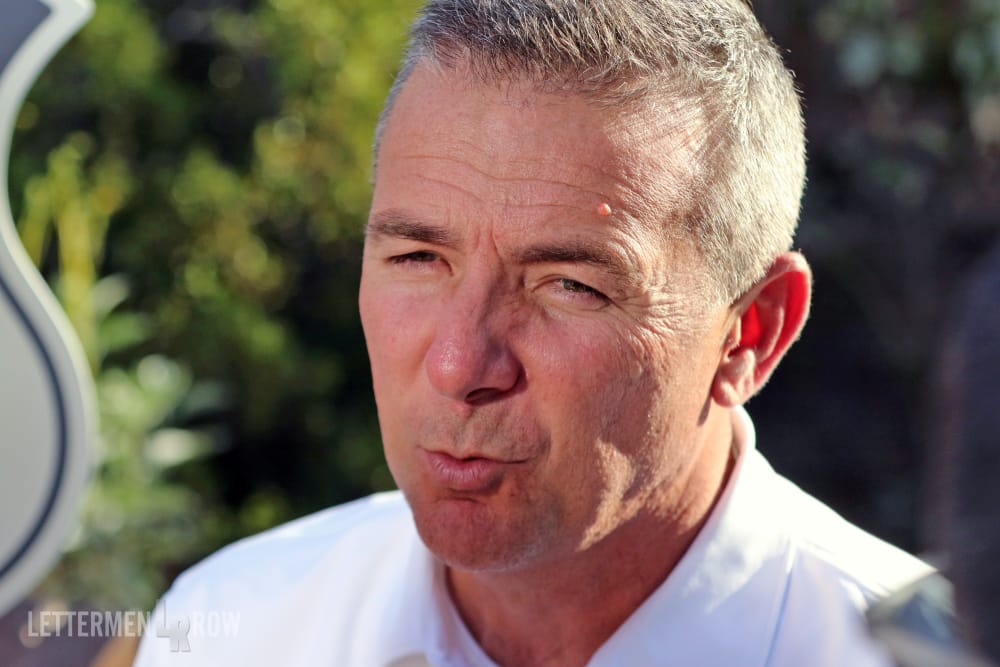 Urban Meyer chatted with the media at Disneyland ahead of his last game at Ohio State. (Birm/Lettermen Row)

The next major holiday on the calendar will coincide with kickoff against the Huskies, and it will obviously bring a close to Meyer’s record-setting career with Ohio State.

While the seven-year coach of the Buckeyes has admitted to trying to appreciate a few more moments than he normally would on the practice field or at events like the one at Disneyland, his team is still seeing the same ultra-intense coach during workouts.

“He’s been really cool,” wide receiver Terry McLaurin said. “He just seems like he has a peace about him.

“Coach Meyer is a really energetic coach, and he’s been energetic throughout this whole process. But when you’re kind of coming to the end and you’re at peace about your decision, there’s a calm about you. I feel like I see that — but that fire isn’t gone. He’s always stressed the No. 1 importance of coming out here is to win the game.”

That work is officially underway for the Buckeyes. And it included a stop at a place where fairytale endings are the expectation.

Ohio State coach Urban Meyer chatted with the media on Wednesday along with a core group of captains. Video interviews with Meyer, Terry McLaurin, Parris Campbell and Johnnie Dixon are available here and on the Lettermen Row YouTube channel.