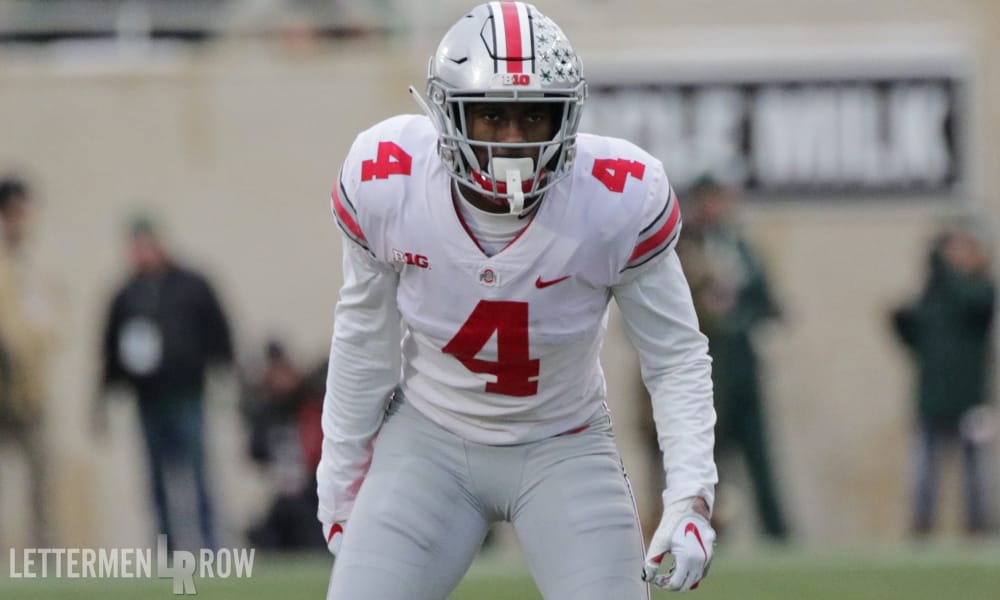 Ohio State safety Jordan Fuller and the Buckeyes are in prime position to compete for the Big Ten title. (Birm/Lettermen Row)

The speculation, debate and conversations about Ohio State never end, and Lettermen Row is always ready to dive into the discussions. All week long, senior writer Austin Ward will field topics on Urban Meyer and the Buckeyes submitted by readers and break down anything that’s on the minds of the Best Damn Fans in the Land. Have a question that needs to be tackled, like the one today about where Ohio State sits in the latest polls? Send it in right here — and check back daily for the answers.

What in the world do the buckeyes have to do to get some rankings love? Beat a top 25 on road by 20 and fall?!? Is this a clear statement that regardless of rest of season, we'll be Rose Bowl game at best?

Some of the beauty of college football comes directly from its flaws. Without the passionate, endless debate sparked by an imperfect system for crowning a national champion, the sport would certainly be a lot more boring, right? And while polls and rankings before the season and every week after are essentially meaningless in the grand scheme of it all, they’re as vital to the pageantry of the sport as marching bands and cheerleaders.

As always, though, the best advice is to just ignore the polls.

Sometimes that’s not possible and the temptation to embrace them becomes too strong — like it surely did on Sunday after Ohio State’s puzzling drop after beating a ranked opponent on the road by 20 points in terrible weather.

So, what needs to happen for the Buckeyes to start getting more credit again? The primary objective is always just to win, obviously. And if both Ohio State and Michigan take care of business this week, the stakes in The Game will be impossible for any voter to deny — and the importance of a victory should ensure that a prize greater than the Rose Bowl would be in play the following week. 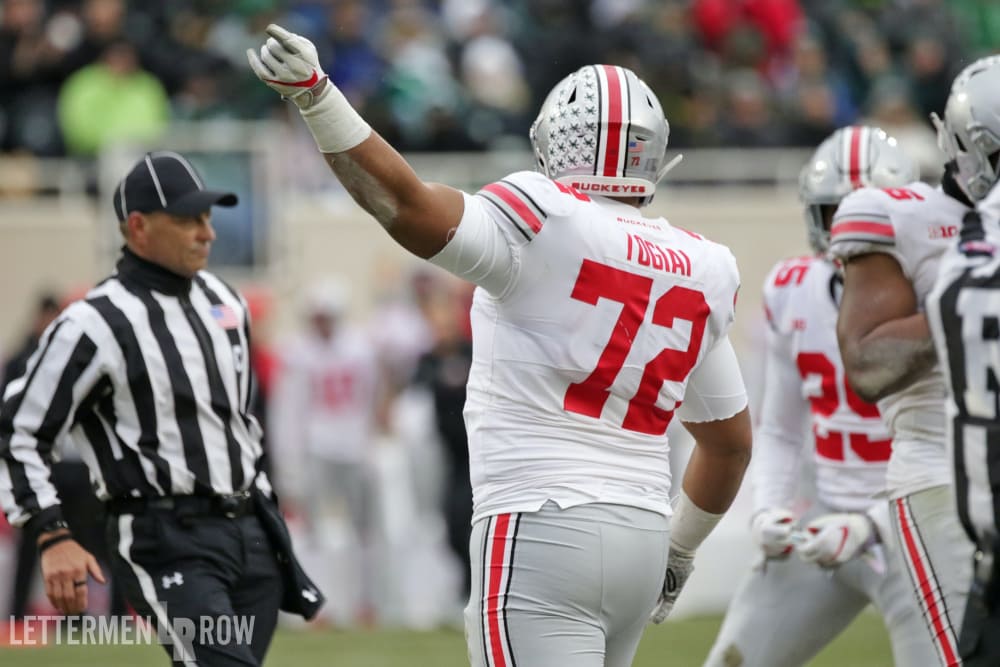 Part of Ohio State’s issue when it comes to the current rankings is the perception that is fueled by them, which is probably the best reason to get rid of a weekly version of them. Over the last few weeks, it’s become accepted nationally that the Buckeyes have been struggling even as they’re 9-1 with some impressive victories along the way, most notably on the road against Penn State. Now, there are elements of truth to the notion that the Buckeyes hadn’t been playing their best, of course. But the fact that the College Football Playoff selection committee had been declaring that publicly with so much of the season left to play may have helped entrench the idea that Ohio State was underachieving.

Rather than come away impressed with a dominant, comfortable victory over a tough conference opponent in difficult conditions, then, the attention seemed to shift to how ugly the matchup was with Michigan State for long stretches. There’s really no way to know for sure how significant the impact is with those rankings driving the narrative, but they certainly unnecessarily shape it along the way. It can be a challenge to break loose even when teams do start delivering wins that are signs of a contender.

The potential to play three more times still represents a sizable chunk of a college football season, and it’s important to keep that in mind. Certainly it’s easy to see the finish line from here and recognize that time is almost out, but three more victories are a lot to add to any resumé — especially when one would be over a top-five opponent and the other would claim a conference championship.

That means the ceiling is still higher than the Rose Bowl, no matter what happens in the rankings this week or next.