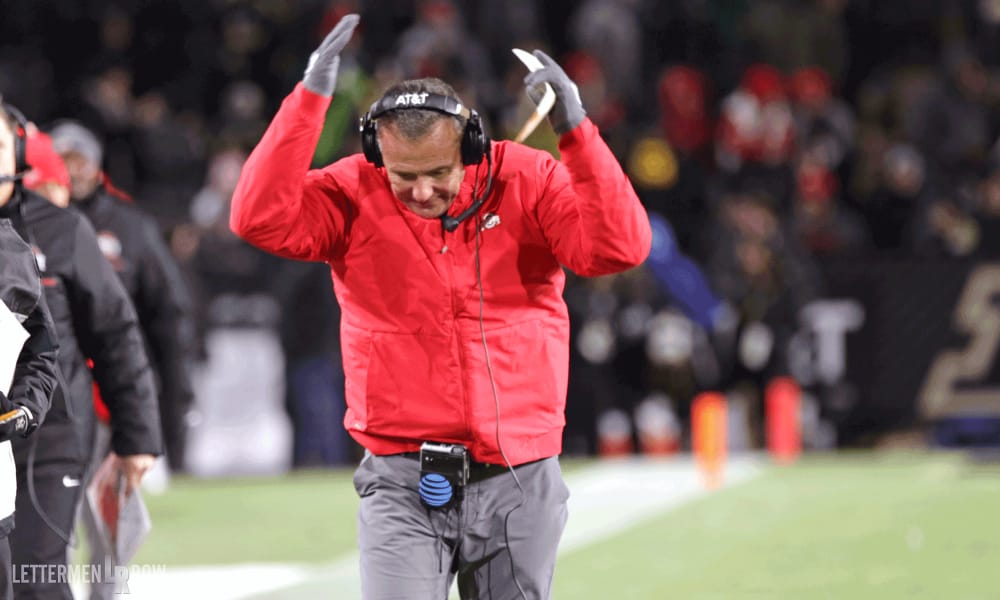 There is a path back to the Big Ten title, which the Buckeyes know well from their unfortunate experience dealing with baffling upsets. The overall strength of the program has still perhaps never been in better shape. And one loss on the road in the Big Ten isn’t a deathblow for the College Football Playoff, either.

But this probably isn’t the time for anybody to look for silver linings, and it’s probably a waste of time to even attempt to rationalize the big picture for Ohio State. The Buckeyes were absolutely, unequivocally exposed on Saturday night at Ross-Ade Stadium, and the time for serious questions about issues that were brushed aside when they were unbeaten has arrived.

If that’s not a sobering wakeup call for the Buckeyes, then perhaps it would be fair to check for a pulse.

“Surprised? Very surprised,” Ohio State coach Urban Meyer said. “I thought we had a good week of work. The glaring shortcomings that we have were exposed.

“We have good players, good coaches and we’ll get to work. We lost a game last year and came right back. We have good guys, and we’re going to work our you-know-whats off and get this thing right.”

The Buckeyes have some time to do it now thanks to the off date, one that could hardly have come at a better time. For starters, Ohio State can use it to try to get a defense that has been ravaged by injuries healthy, but it’s clearly time to poke and prod at some schematic issues that can no longer be ignored.

How can a team with two of the most talented tailbacks in the Big Ten consistently fail to generate any sort of productivity on the ground? What in the world is happening to a creative, high-powered offense the second it crosses into the red zone and suddenly looks completely baffled about how to score a touchdown? At what point does Ohio State stop chalking up the defensive letdowns to inexperience and make adjustments to put those guys in better position to make plays?

There is no shortage of teams around the country that would love to be taking a 7-1 record into the final month of the season with a legitimate shot at defending the Big Ten title and possibly returning again to the College Football Playoff. But the expectations at Ohio State are far too high for what went down against Purdue to ever be acceptable. And it’s obvious that something has to change if the program is going to right the ship again like it did after last year’s debacle at Iowa. 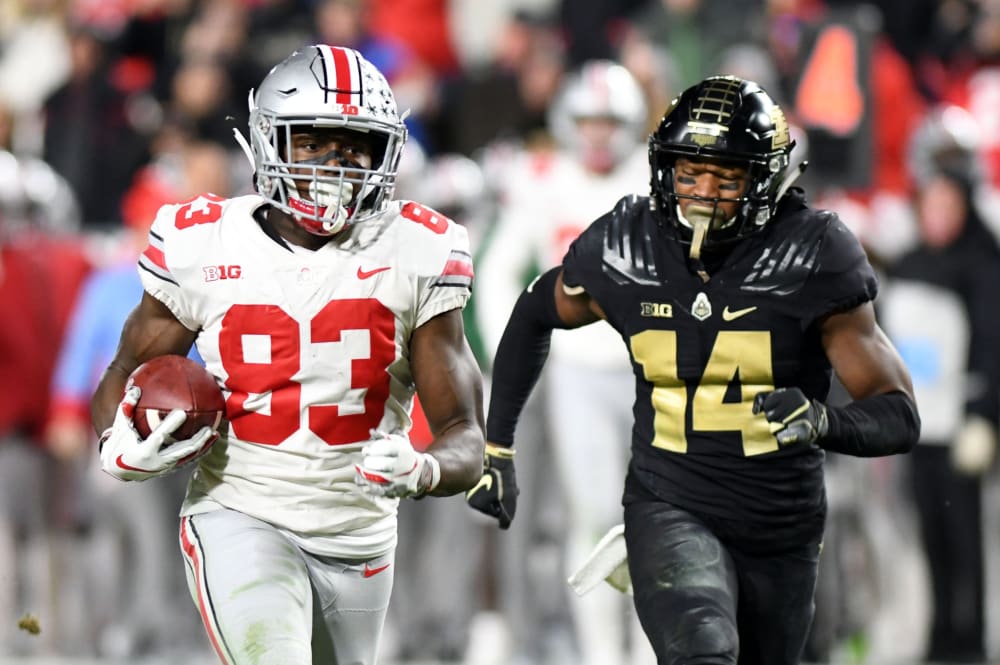 Ohio State wide receiver Terry McLaurin was one of the bright spots for the Buckeyes. (Thomas J. Russo/USA TODAY Sports)

“When you don’t execute at a high level, you can get beat any Saturday,” wide receiver Terry McLaurin said. “We didn’t come in with the mentality thinking we had all these mistakes, we came in thinking we had a good week of practice.

“I believe we are [good enough to fix it]. We stuck together last year. We had a really good group of leaders then, and I feel like we have a really good group now. Billy Price spoke to us, said some words, and Isaiah [Prince] did the same thing [Saturday]. For somebody to step up and say something at a time like this is necessary. There’s no pointing fingers. We’ve just all got to look in the mirror and see what we could have done better. We got hit in the mouth, but it’s about how you come back from it.”

The Buckeyes have two weeks to reflect, evaluate and correct. Truthfully, they probably can’t afford to waste even a second of that time heading into the homestretch of the regular season.

Ohio State probably wouldn’t need to do anything special to beat Nebraska the next time it steps on the field to open November. But road trips to Michigan State and Maryland both come with a bit of danger, and clearly the Buckeyes will need to be far better by the time The Game rolls around with the possibility that the East Division will be on the line against surging Michigan.

“But there are some serious shortcomings right now we’ve got to get fixed.”

Maybe that championship conversation is premature right now with so many pressing concerns looming right now. But it’s all still on the table for a team with so much talent.

And assuming the hearts are still beating and there’s honesty about what it’s going to take, there’s no reason to bury the Buckeyes.