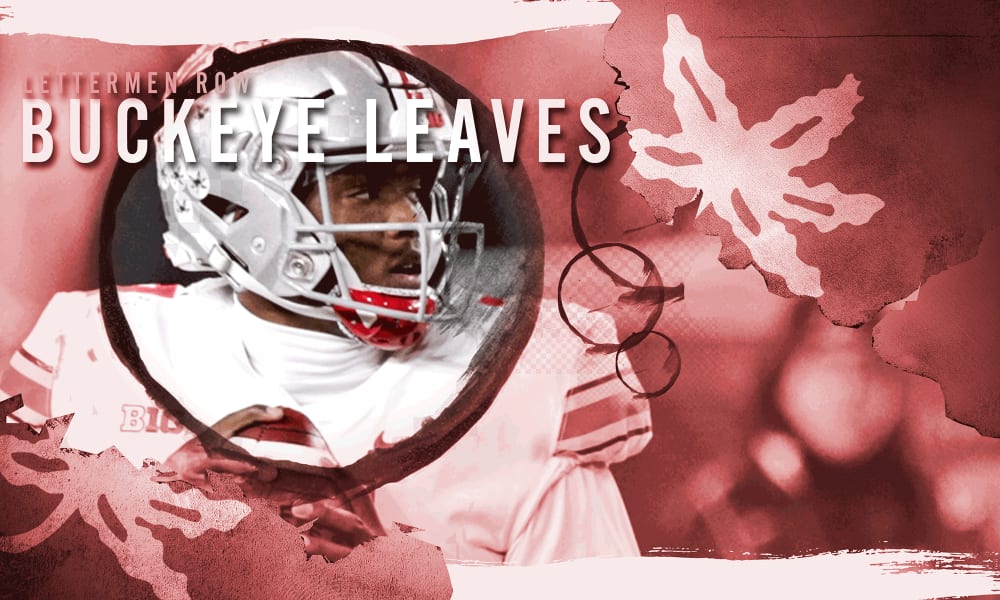 Ohio State would have been in even more trouble at Purdue without Dwayne Haskins. (Birm/Lettermen Row)

WEST LAFAYETTE, Ind. — The latest entry in the record book is only going to serve as painful reminder for Ohio State about what happened at Purdue over the long run.

But in the short term, it could be a powerful motivator for Dwayne Haskins.

Once again, the Buckeyes quarterback put up eye-popping numbers, completing more passes and throwing for more yards in a single game than anybody in school history. But the fact that it came in a loss where the offense bogged down in the red zone isn’t going to be forgotten by anybody, let alone Haskins himself after the 49-20 stunner on Saturday at Ross-Ade Stadium.

“To be honest, I don’t know [what happened],” Haskins said. “But I’m going to start playing like the best quarterback in the country next week when we play.”

The Buckeyes have a week off first, which will let the sting linger as Haskins and the rest of the program try to gear up for a November run at the Big Ten title.

After three consecutive 400-yard outings, there’s no question that Ohio State has a special talent at quarterback. But he can’t carry the entire load, and relying on Haskins for 49 completions or to throw it 73 times and rack up 470 yards just wasn’t a winning formula.

Now Ohio State has to figure out the next step before it wastes its season with Haskins as the starter. 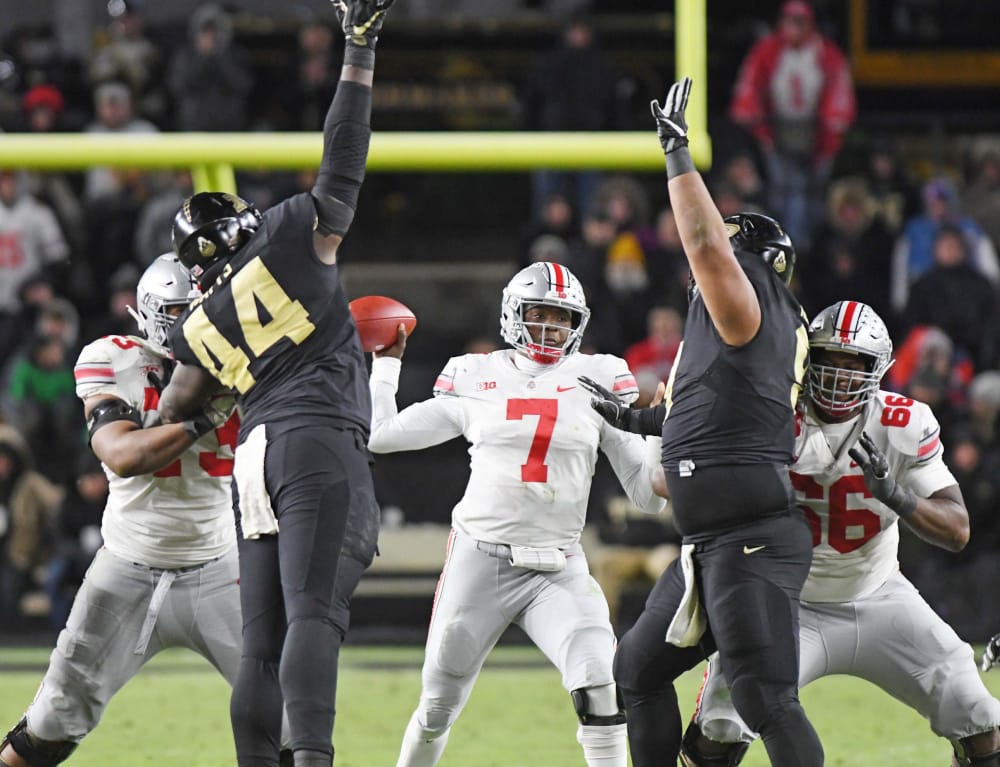 The redshirt sophomore was brought back out of retirement for this award because the Buckeyes would have been truly lost without Dwayne Haskins throwing the football all over the Boilermakers. Haskins certainly wasn’t perfect, throwing an interception that was returned for a touchdown and missing on some throws in the red zone that could have completely changed the game for Ohio State. But he deserves some individual attention for a truly remarkable statistical performance — albeit one that he’ll try to top in November and replace with one that comes in a win.

The Buckeyes collapsed in the fourth quarter after what had mostly been a valiant defensive effort against a dangerous Purdue attack. And while Malik Harrison isn’t a perfect linebacker by any stretch of the imagination, he turned in the most productive outing of anybody on that side of the ball for the Buckeyes. Harrison finished with 10 tackles, including two for a loss and a sack, to lead the way for a unit that did everything it could to keep the score manageable while waiting for some scoring help from the Ohio State offense.

The pickings were exceptionally thin for Ohio State in the kicking game, and even K.J. Hill’s reliable hands and lone 16-yard punt return came with a negative when he should have let one attempt go over his head and into the end zone. But considering some of the struggles early in the season from Ohio State just in fielding the football, Hill deserves credit for finally giving the return game some stability.