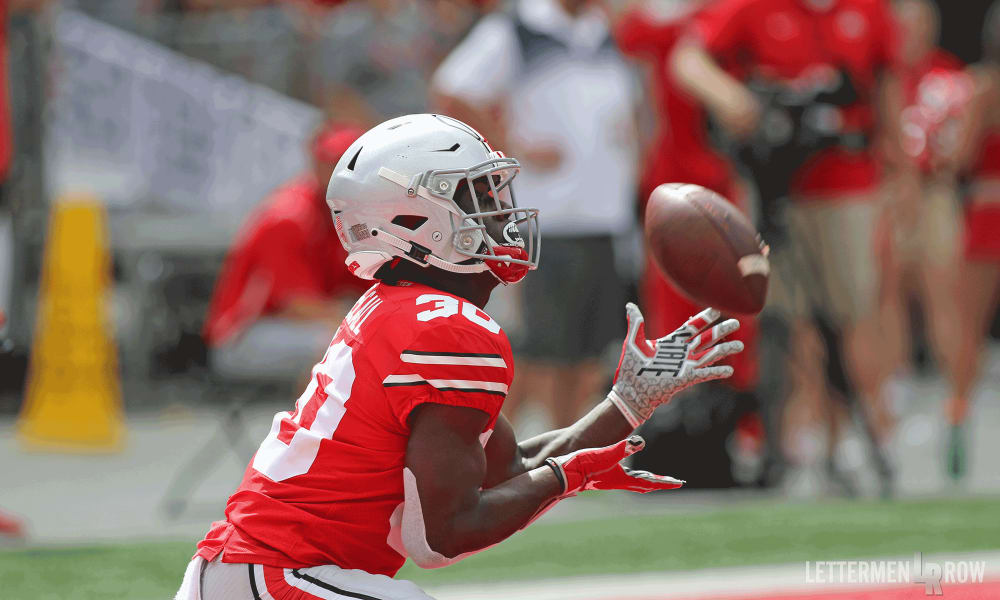 Demario McCall has had an up-and-down start as a punt returner at Ohio State. (Birm/Lettermen Row)

The speculation, debate and conversations about Ohio State never end, and Lettermen Row is always ready to dive into the discussions. All week long, senior writer Austin Ward will field topics on the Buckeyes submitted by readers and break down anything that’s on the minds of the Best Damn Fans in the Land. Have a question that needs to be tackled, like the one today on C.J. Saunders, Demario McCall and Ohio State’s special teams? Send it in right here — and check back daily for the answers.

What's the deal with special teams, specifically punt return?? Every single time we are set to receive a punt I cross my fingers and just hope we catch it, gaining a single yard is only a bonus. Why the struggles just to catch the ball?

A nearly four-year drought without a punt return for a touchdown is one thing, and it’s somewhat understandable. But the fact that Ohio State seems to be having so many issues simply finding somebody to field a punt is downright mystifying. At some point it figures to catch up with the program when the competition gets a little stiffer if it’s not addressed.

Forget about the yardage or the chance for the Buckeyes to put bonus points in the kicking game on the board. How can a team that recruits the absolute best athletes in the country year after year continue to struggle just to find a guy who can consistently catch a punt?

Now, to be completely fair to this year’s top options, C.J. Saunders had a teammate barrel into him that caused him to muff an opportunity in the season opener and the conditions last week for Demario McCall were obviously poor. But both spatial awareness and handling sloppy weather are just part of that job, which is by no means easy an easy one. Doing it properly, though, is an imperative phase of the game for a program that is trying to win a national championship.

Doing at a high level and finding the end zone hasn’t happened for the Buckeyes since Nov. 2014, and even back then Jalin Marshall had troubles at times just securing punts when he was in that role. 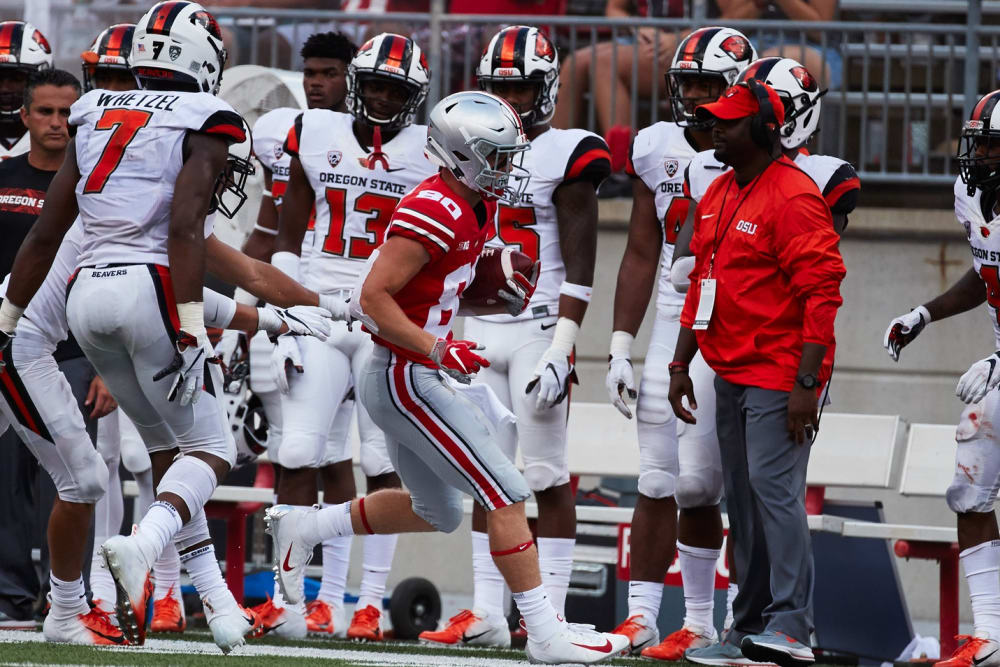 So, what will Ohio State do? At this point, Saunders looks like the best option moving forward. His reliable hands as a receiver have drawn nothing but praise from the coaching staff and teammates. He also showed last week that he has the elusiveness to cause problems for coverage units during his 20-yard return against Rutgers. For all the buzz about McCall’s athleticism and potential after an offseason where it appeared special teams would give him a chance to carve out a regular role, the early results haven’t been positive — even with a 26-yarder in the mix that kickstarted the hype for him again.

Ohio State hasn’t publicly expressed any concern, and it’s expecting both guys to be involved both on Saturday night against TCU and down the road this season. But it’s hard to imagine the Buckeyes could be truly comfortable with what they’ve seen so far, and punt returning isn’t a place for uncertainty.

“Always good to have two weapons like that,” acting coach Ryan Day said. “Demario has one for 26 yards the first week and then C.J. makes a bunch of guys miss last week.

“You know, still getting those guys the reps. They haven’t done a lot of it. The more reps we can get on film, the more opportunities we have. But they are dynamic in different ways, so we think of it as more of a benefit that you have two guys you can put back there that can make a play.”

The first step to an explosive play is making the basic one. And Ohio State needs to make sure it can do that every time out to solve one of its most confounding problems.