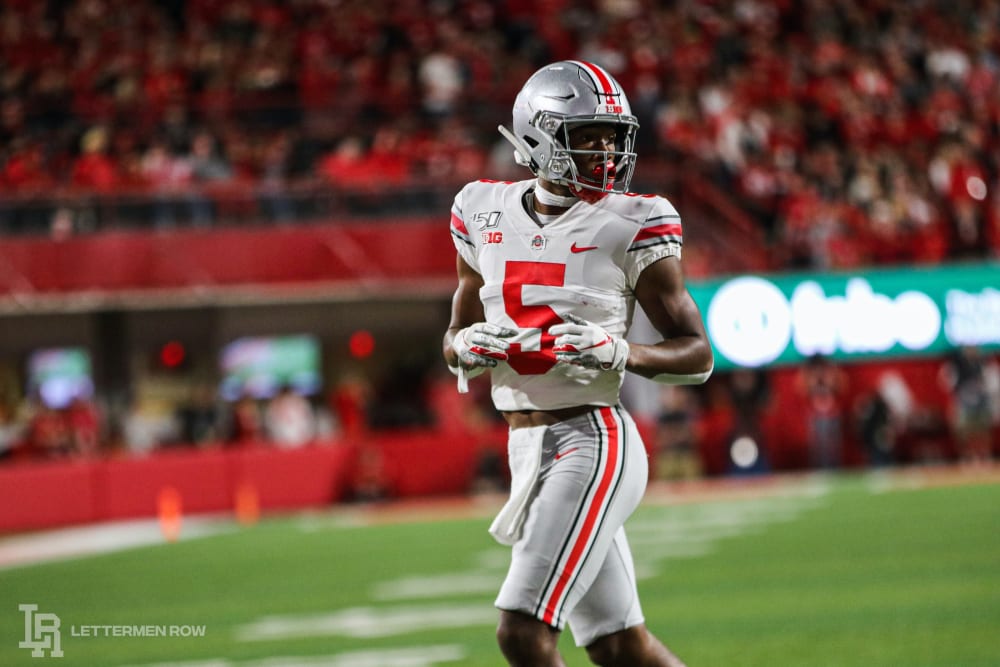 COLUMBUS — The work week at Ohio State is already underway.

Thanks to the unusual setup of an off date followed by a rare Friday-night matchup at Northwestern, and combined with the importance of routine for the Buckeyes, everything on the schedule was moved up a day by the program.

So, Ohio State practiced on Sunday to help set the tone for the preparation ahead of it in a rematch of last year’s Big Ten championship game — between two programs going in drastically different directions at the moment.

“This week is a little different because we’re coming back, playing on a Friday night,” Ohio State coach Ryan Day said during the off date. “It’s a little bit different. We’ll come back to practice on Sunday, which is something you typically wouldn’t do coming off a bye week, but we will.

“So, it’s a little bit different, and we put it together based on what we thought was best for the team. … And you get two weeks to game plan, which is good, too. You get to try some things, throw it out, work through it, a little bit more time to prepare and that’s always good.”

That could be bad news for the Wildcats, though, and the forecasts certainly aren’t in their favor with the Buckeyes already installed as a massive betting favorite to knock them off like they did last year in Indianapolis. Will the early start on the practice field allow Ohio State to keep the momentum rolling? That’s just one question to be considered as Lettermen Row sets the scene as the Buckeyes dive back into the Big Ten waters. 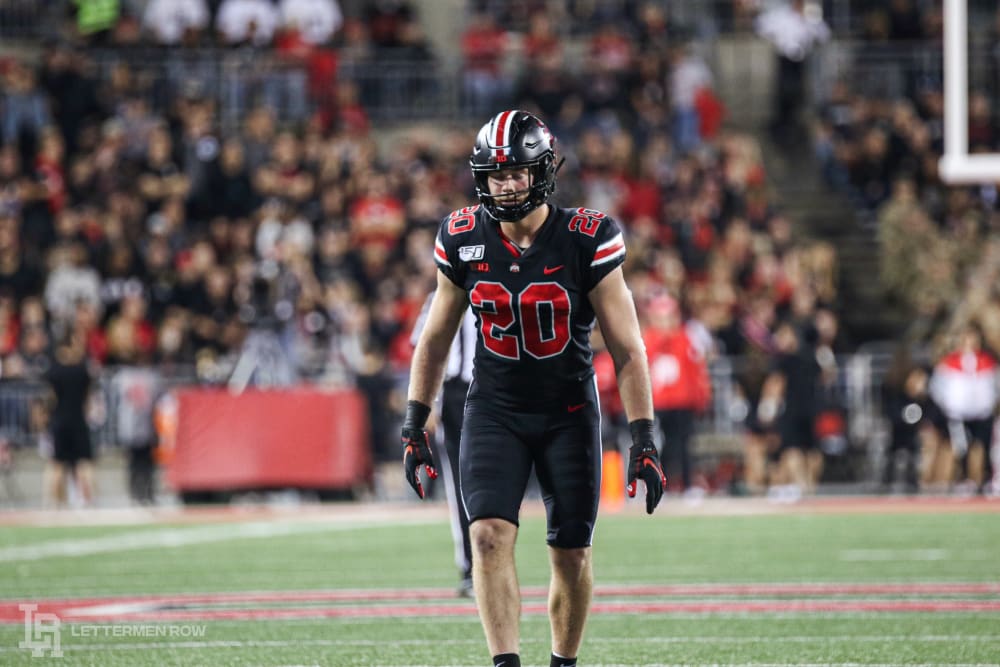 Ohio State linebacker Pete Werner has been a steady presence for the Buckeyes. (Birm/Lettermen Row)

How will Ohio State handle a Friday game?

Ryan Day and his staff had the benefit of an off date before the unusual, unpopular Friday-night game popped up on the schedule for the Buckeyes. So, odds are the change won’t actually impact the Buckeyes as much as it might inconvenience fans or the television viewing audience that prefers to spend that evening watching high school football. From the team perspective, Ohio State emphasizes the importance of routine above all else, so it will likely just be duplicating the standard schedule and pretending that Monday is actually Tuesday, for example. It might seem a little strange to them, but by game time, this wouldn’t figure to be much of an issue for the Buckeyes.

Can Buckeyes stay focused on Northwestern?

Ohio State is surely tired of hearing about every road trip becoming a potential trap game, but this time there might actually be some temptation to look past an overmatched opponent given what looms as the possible Game of the Year in the Big Ten. The hype is already building for Wisconsin’s trip to the Horseshoe, but the Buckeyes have to hold up their end of the bargain against Northwestern to make that clash live up to the advanced billing. It should help Ohio State that it just played the Wildcats in the conference title game last December, so there will be some some built-in respect for them when they step on the field on Friday. But this is the first time the impressive focus of the Buckeyes will really be tested by a potential distraction.

How healthy did Ohio State get during the off week?

The Buckeyes gave every player on the roster something to work on last week after a period of self-evaluation, but the real benefit to the off date was a chance to get healthy after opening the season with six straight games. The attention was primarily on first-half MVPs Justin Fields and Chase Young given the soreness they were clearly dealing with at the end of a physical Michigan State battle, though both have already shown signs that they will be just fine. So, that will put the attention on guys like cornerback Damon Arnette after he missed the second half of that game and defensive end Tyler Friday, who missed all of it. Left tackle Thayer Munford also appeared to be dealing with a lower-body injury against the Spartans, and that could be something else to monitor before Friday. 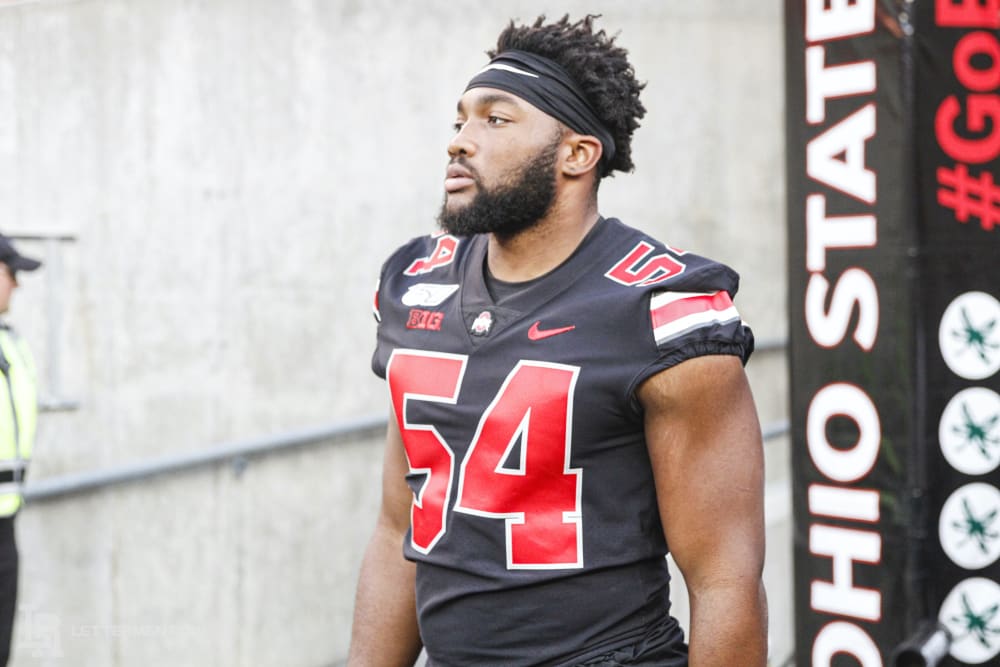 How big will bounce-back effort be from Chris Olave?

There is only one football and a limited amount of touches to go around for the Buckeyes, so sometimes guys have no choice but to wait for their turns — especially the wide receivers when the ground game is piling up yardage. It’s actually a tribute to the rise of Chris Olave that it feels strange not to see his name in the box score. But coming out of the Michigan State game without a reception, odds are the sophomore will be ready to explode again for Ohio State and help spark the passing attack once more. He’s already got a touchdown catch in his career against Northwestern, and it feels like Olave will be poised to add another this week.

Yes, it’s another focus question for the Buckeyes. But the truth is that should really be the only area that matters this week based on how significant the talent disparity is between the two programs. If Ohio State is successfully tuning out the noise about how great it has been for the first six weeks, continuing to buy into the notion that it can play even better and maintaining the one-week-at-a-time mantra, there isn’t an opponent left on the schedule that should beat it. Obviously the Buckeyes don’t need the reminders anymore about what happened against Iowa and Purdue, but they’ll probably get one or two of them this week just in case complacency crept in during the off date.