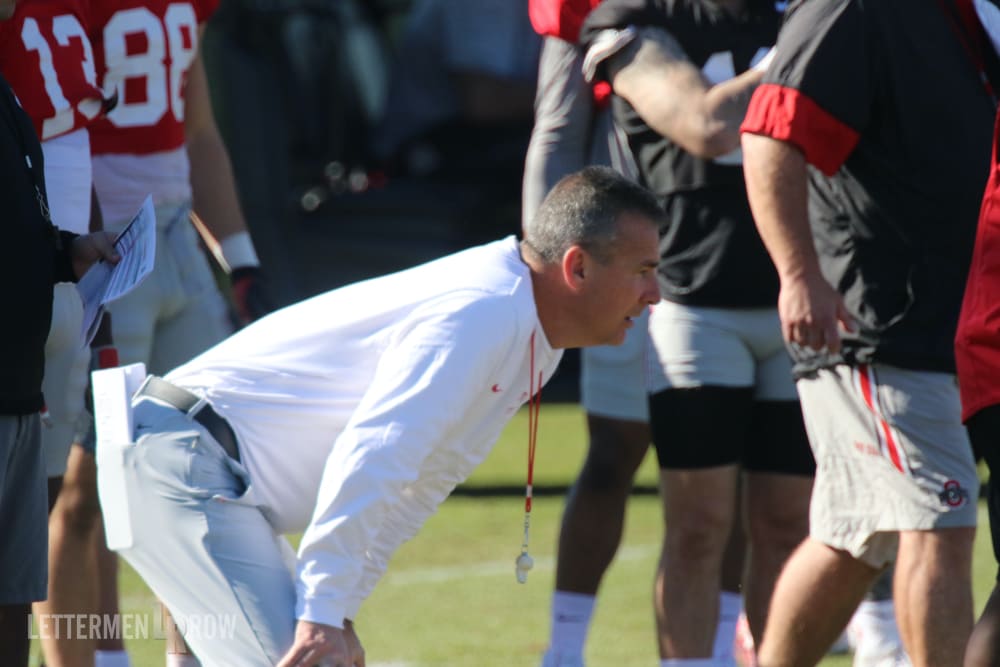 Ohio State coach Urban Meyer has been focused on his final game at the Rose Bowl. (Birm/Lettermen Row)

LOS ANGELES — Ohio State couldn’t ask for much more at the Rose Bowl.

The weather has been gorgeous. The StubHub Center has provided a great practice facility as the Buckeyes both prepare for a game and get reps for young guys as they build for the future. They even had an extra dose of good vibes on Friday morning when their old teammate Nick Bosa dropped by for a visit.

And, of course, there’s the motivation to send Urban Meyer out as a winner, which has kept Ohio State sharp during workouts — when it hasn’t been relaxing at Disneyland or devouring prime rib at the Lawry’s Beef Bowl.

As that kickoff draws closer in Pasadena, what has Lettermen Row learned so far during a couple open portions of practice and a handful of media sessions? Here are Five Observations from SoCal so far.

Urban Meyer is locked in for his sendoff game

The Ohio State coach may be taking a few extra moments every now and then to soak in the memories or process his emotions. But Meyer certainly isn’t coasting to the finish line ahead of his retirement after the Rose Bowl, and he’s been his usual intense, energetic self during the workouts thus far. The Buckeyes haven’t noticed anything different about the way Meyer has been handling his business, and really that shouldn’t come as a surprise since he didn’t suddenly become less of a perfectionist just because his health is forcing him to leave the sideline. Meyer remains as involved as ever, and he’s driving the Buckeyes to pour everything into the matchup with Washington. 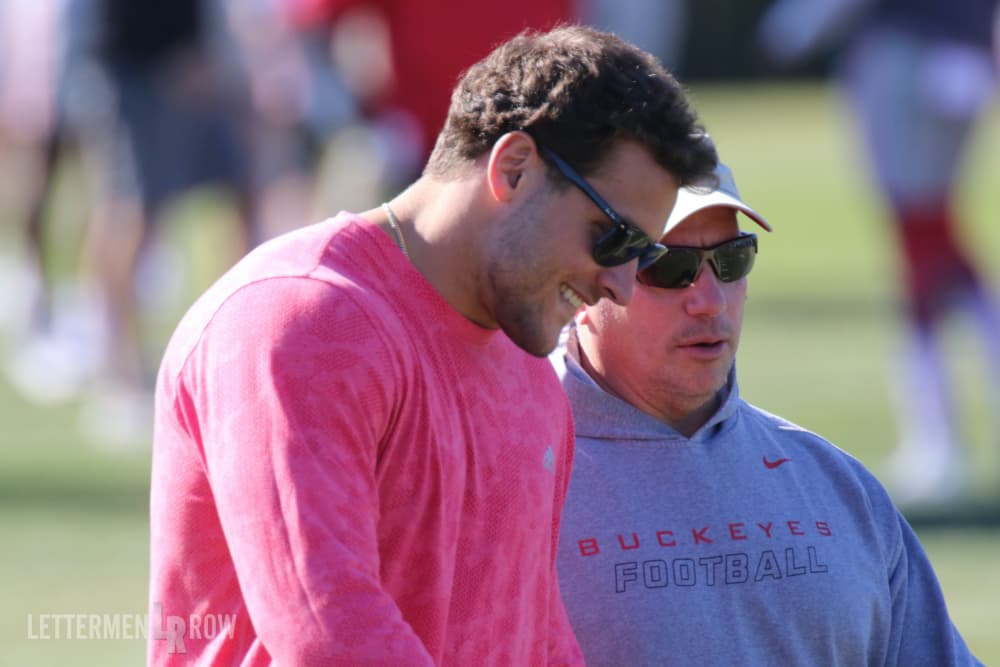 Ohio State had a special visitor at practice with Nick Bosa coming to hang out at the StubHub Center. (Birm/Lettermen Row)

There has been no official word at this point on the status of starting left tackle Thayer Munford, but he wasn’t in pads and didn’t participate for the second time this week during the portions of practice open to the media on Friday morning. The sophomore has dealt with nagging health concerns throughout the season, and at this point it appears likely that backup Joshua Alabi will be filling that key role protecting Dwayne Haskins on New Year’s Day. Alabi has performed well off the bench this season, but losing Munford would leave Ohio State without two of its normal first-team options against Washington since Wyatt Davis will again be in the lineup at guard in place of Demetrius Knox.

The sample size is incredibly small, and the mini-field red-zone drills offered just a tiny glimpse at the progress of some Ohio State freshmen. But that doesn’t mean the strong, accurate throws from Matthew Baldwin don’t count, or that Jeremy Ruckert and Jaelen Gill snagging touchdowns from him don’t offer at least a little validation that those youngsters have bright futures for the program. Baldwin has been increasingly drawing rave reviews for how he can spin the football, and now that his knee is healthy the Texas native is building up for a potential quarterback battle in the spring — depending on what all plays out with Dwayne Haskins and Justin Fields. One way or another, Ohio State should continue to be in good shape with weapons like Ruckert and Gill waiting to emerge. 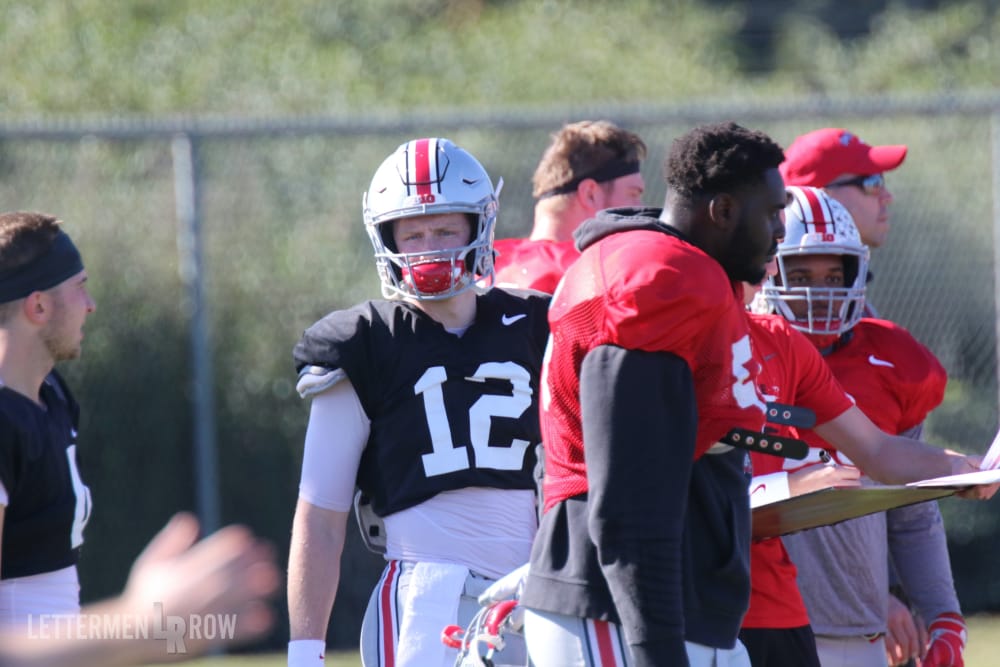 For all the conversation about switching schemes or how Ohio State has aligned its linebackers this season, a number of the explosive plays the Silver Bullets have allowed could have been eliminated just with more fundamentally sound tackling. That became more of a practice emphasis as the season progressed for the Buckeyes, and it was clearly a top priority during the open periods at the StubHub Center on Friday. Ohio State wasn’t shying away from contact with the Rose Bowl just a couple days away, and even established starters like Tuf Borland were bringing energy and delivering a couple hard hits against scout-team players.

The Buckeyes were never quite the same once Nick Bosa decided to move on after his core-muscle injury and focus his attention on the NFL Draft instead of a potential return this season. But Ohio State still clearly respects the superstar defensive end, and the faces on both players and coaches lit up when Bosa walked through the gates and on to the practice field on Friday. Bosa, too, looked thrilled to be back around the guys who voted him a captain during training camp — and there are obviously no hard feelings about his business decision.