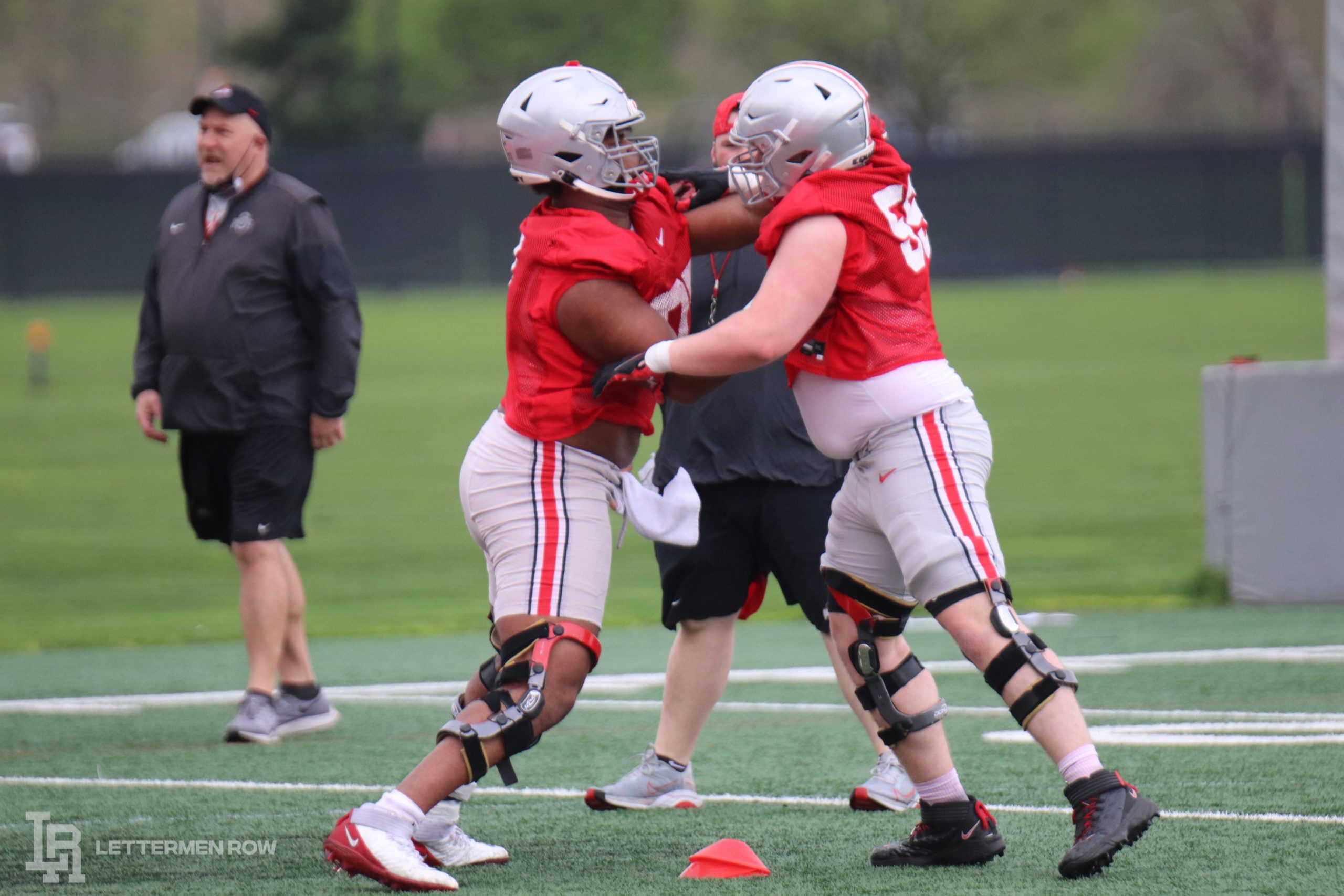 Paris Johnson and the offensive line of the Buckeyes are working into game shape already for Ohio State. (Birm/Lettermen Row)

COLUMBUS — For the third time in 10 days, Ohio State welcomed the media back to spring practice.

A chilly April morning served as the backdrop but things didn’t take long to heat up outside of the Woody Hayes Athletic Center. The Buckeyes offensive line — missing Nicholas Petit-Frere for the day — took center stage and engaged in a number of spirited drills and competitions before most of the eyes in attendance turned to the quarterback position.

That’s where C.J. Stroud, Jack Miller and Kyle McCord are engaged in one of college football’s most intriguing position battles this spring. The trio continues to split reps but Stroud still appears the favorite to eventually win the starting job. The final answer in that debate is still months away, however.

What’s not up for debate is that the Ohio State receiving group, one of the country’s best a year ago, appears to getting even better. Freshman Marvin Harrison Jr. has stepped into the limelight and impressed at every turn. Jameson Williams, Julian Fleming and Jaxon Smith-Njigba are fighting him off for now with Chris Olave and Garrett Wilson leading the group.

With practice outdoors, the Buckeyes were spread all over the field and the action was fast and competitive. They’ll keep working through the week before wrapping up spring football with the Buckeyes annual spring football game on April 17. Media, and a small group of fans, will get to see that action in Ohio Stadium.

Lettermen Row was in attendance on Monday morning, as usual. Check out the photo gallery below to see the latest with Ryan Day’s football team. Don’t forget to head to YouTube to get more info on today’s practice. 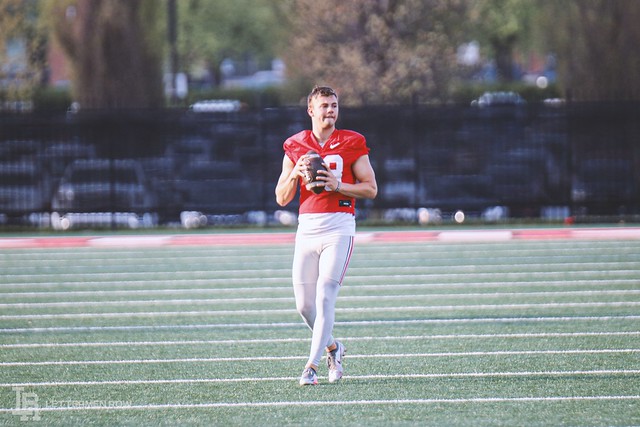 When the gallery loads, hover over the first item and then use your left-right arrows to scroll through photos