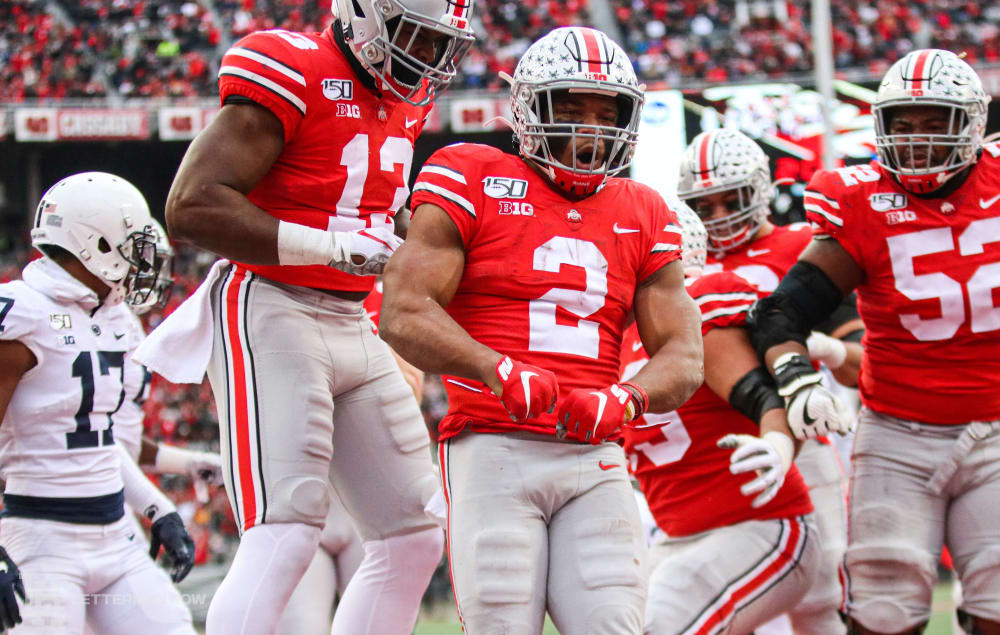 Perhaps the blowouts had become too boring for the Buckeyes.

Or Penn State and Lady Luck deserve a little credit for giving the two-time defending Big Ten champions a test for the first time this season.

Whatever it was, Ohio State finally had to dig deep after threatening to run away with another blowout victory, fumbling around in the third quarter before ultimately clamping down the Nittany Lions late to claim the East Division crown with a 28-17 win on Saturday at the Horseshoe.

There’s much more coverage to come from Lettermen Row as the Buckeyes stayed unbeaten heading into the final week of the regular season. But it all starts right here with Snap Judgments on the latest win for Ohio State on a soggy afternoon against Penn State.

There have been more dominant start-to-finish performances and better statistical outings for Chase Young. But even simply stepping on the field for the Buckeyes puts opponents on their heels, forcing false-start penalties, bad snaps and errant throws that all combine for a significant advantage. Of course, Young can still get to the quarterback in a blink of an eye, and he chipped in four tackles for loss and three sacks in his highly-anticipated return to the lineup for Ohio State after a two-week absence. The Buckeyes can survive without him — but they can be utterly dominant when Young is at his best. 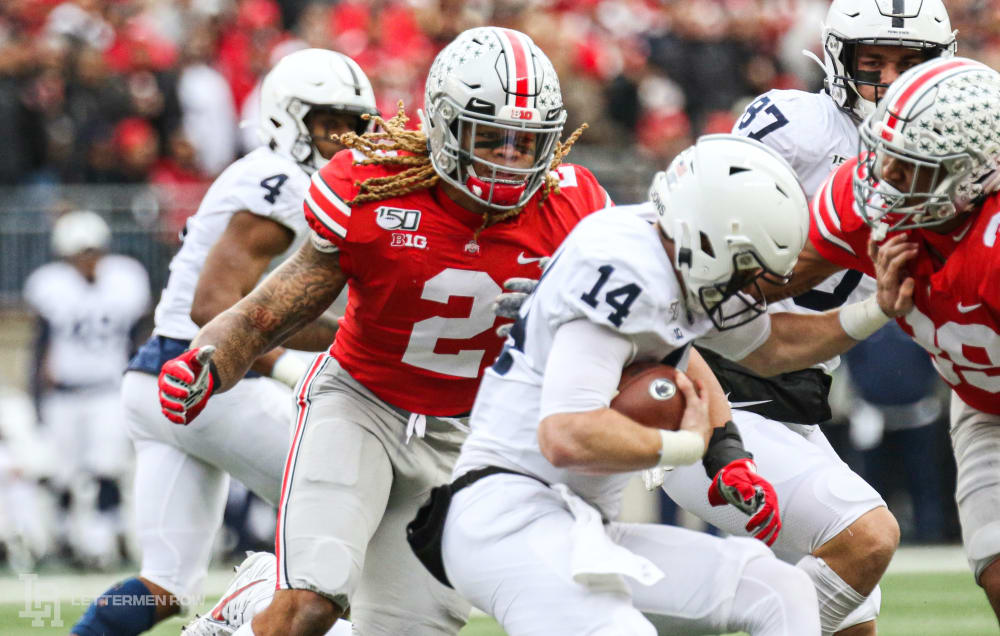 Nobody could have really blamed Ryan Day for passing on the fourth-down attempt with a manageable field goal on the table and a chance to take a double-digit lead. But after rolling the dice once and letting Justin Fields create some magic with his legs, Day doubled down by going for a fourth-and-goal on the same drive — and his aggressiveness wound up making the difference for Ohio State. Compare his willingness to trust his offense to make plays with the conservative punts from James Franklin in similar situations, and it’s undeniable which coach wasn’t afraid of the big moments.

Don’t forget how good J.K. Dobbins is for Buckeyes

The lack of second-half carries this season has deflated the individual numbers and put a damper on the awards push for J.K. Dobbins. But the junior again made a strong case that he deserves serious consideration as the best running back in the country, setting the tone for the Buckeyes right off the opening drive with hard-nosed, elusive work that proved Penn State’s top-rated rush defense didn’t intimidate him in the slightest. Dobbins punched in a pair of scores in the first half to stake his team to a lead, and the success on the ground also kept the defense fresh as Ohio State dominated time of possession and kept complete control of the matchup. There was a blemish with a second-half fumble that opened the door back up for the Nittany Lions, but Dobbins took on one of the heaviest workloads of his career to help fuel the Buckeyes to a huge win. 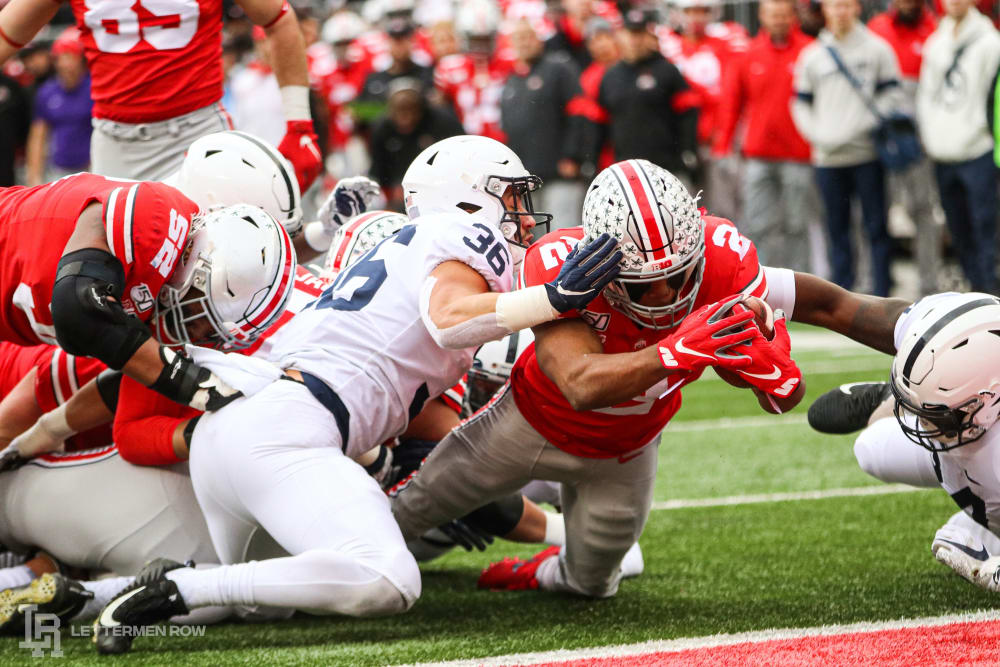 The split-second hit at the goal line is somewhat understandable. Another fumble for Justin Fields appeared to have come on a blown call even after a replay review. And Dobbins coughing up the football is out of character, and possibly a product of the rain and sloppy conditions. But no matter the excuses, Ohio State simply can’t afford to lose three fumbles if it’s going to make a run through the postseason to the national championship. The Buckeyes have been relatively steady all season protecting the football, so what happened against Penn State was obviously out of character — and the Nittany Lions have proven to be a stout defense all year as well. But make no mistake: Ryan Day will be harping on those turnovers all week before The Game.