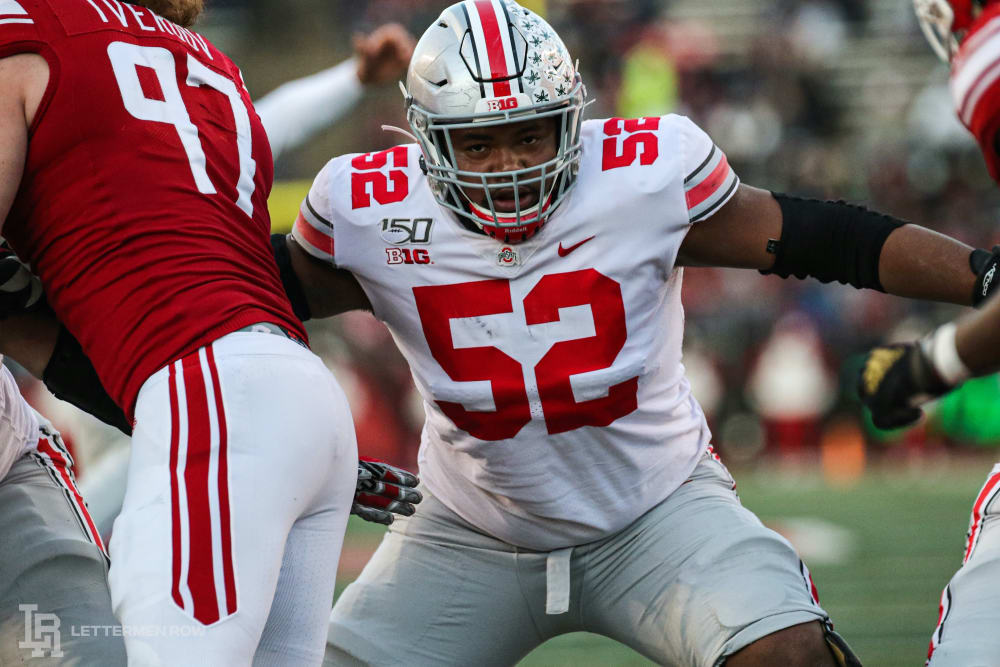 COLUMBUS — The real season has arrived for Ohio State.

No offense to the opponents that were already dispatched during the impressive 10-game streak of blowout victories, but the Buckeyes are now into championship season. Certainly the stakes wouldn’t be this high without everything up to this point, but it was no secrete when the program walked off the field on Saturday night at Rutgers that it knows what looms.

Up first: The Big Ten East Division championship game against Penn State. Then The Game on the road against rival Michigan. And depending on what happens on Saturday in the Horseshoe, another ranked opponent will be waiting in Indianapolis with the Big Ten title and a spot in the College Football Playoff on the line.

So, yes, business is finally picking up for Ohio State.

“Now the minute that game went to zero, all the focus is on Penn State and getting ready for this next run,” Day said after the rout of Rutgers. “We have to do everything we can to prepare for this game, and it starts right now.”

What are the keys for the Buckeyes as they turn the page and look to validate the claim that they’re the most complete team in the nation? Lettermen Row is kicking off what should be a crazy week in Columbus with Five Questions for Ohio State ahead of the matchup with the Nittany Lions. 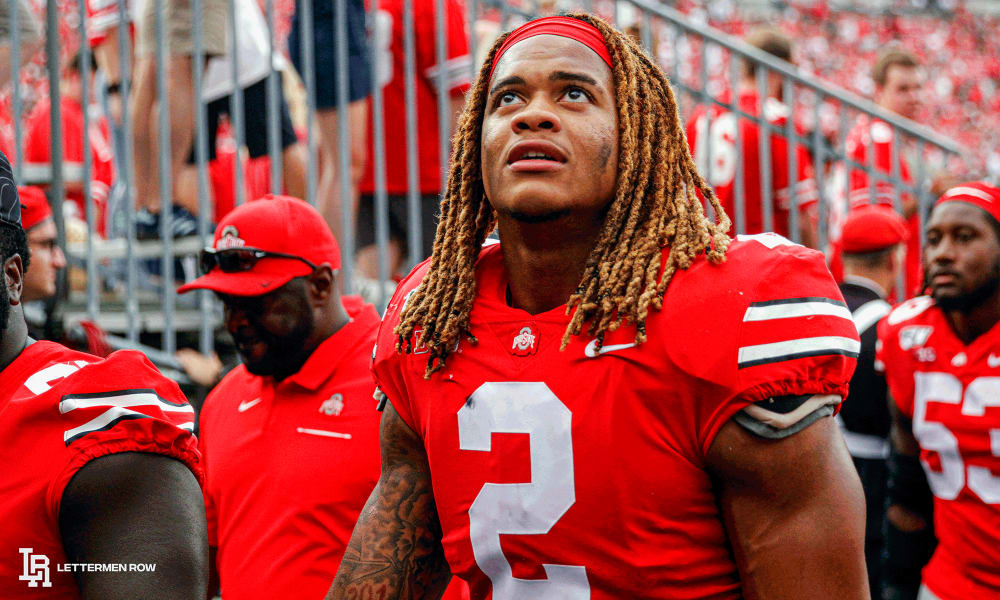 How many sacks for Chase Young in Ohio State return?

There was never any risk that Chase Young wasn’t going to be properly motivated for the biggest game of the season so far. But however that might be measured, the junior captain would probably break the scale this week as he returns from a two-game suspension from the NCAA looking to both clinch a division title and make up for lost time. The last time the superstar stepped on the field at the Horseshoe, he delivered a virtuoso performance with four sacks against a respected Wisconsin offensive line. What might he do for an encore against Penn State? Don’t bet against something special.

Did Buckeyes get healthier during tuneup stretch?

Clearly Ohio State exercised an abundance of caution over the last two weeks knowing there was no real shot that Maryland and Rutgers could challenge the two-time defending league champs. That was already clear on the availability report before the Buckeyes left as defensive end Jonathon Cooper, linebacker Baron Browning and wide receiver Austin Mack all stayed home working to get healthy for the games that matter the most, and it was reinforced when Damon Arnette was held out after warming up and dressing at Rutgers. It will be interesting to see what develops with the injured veterans who have struggled to get healthy with those nagging injuries, because all three of those guys are likely going to be dealing with some pain for the rest of the season. Arnette is already expected to play, but the other veterans will have to be monitored throughout the week. 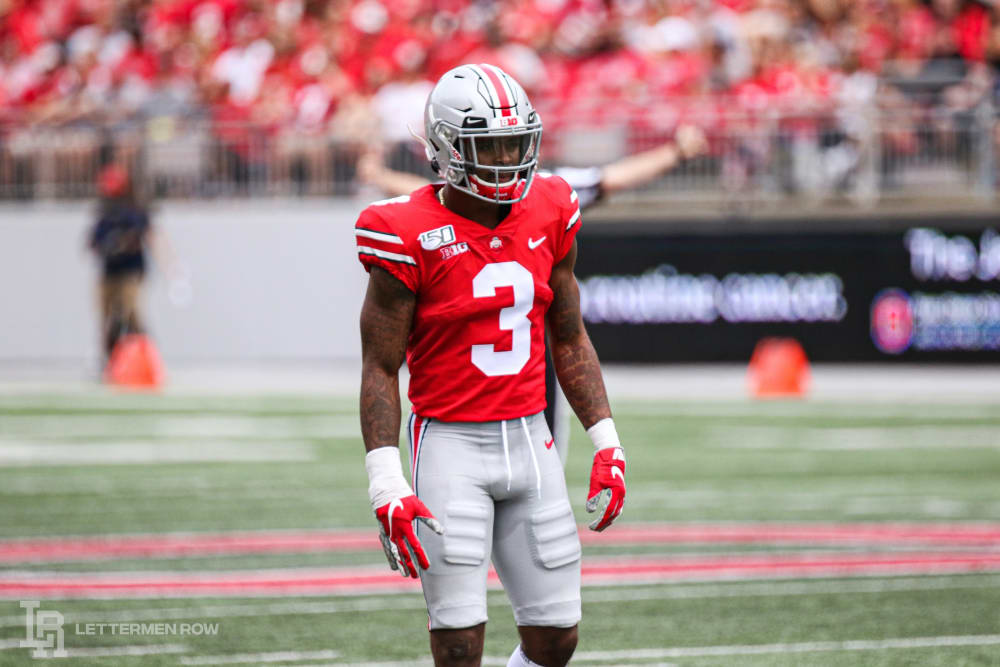 The Buckeyes have already been through the song and dance a couple times this season, most notably before the Wisconsin matchup when the pregame hype focused on how they would respond to playing a quality opponent — potentially in a four-quarter battle. The end result was a 31-point beatdown that was a reminder why Ohio State was a double-digit favorite in the first place, which it is yet again for the Penn State showdown. Maybe there’s an element of truth that the Buckeyes haven’t had their mettle tested late in a second half this season. Of course, it’s also not a bad thing to be the most dominant first-half squad in the country, because then it doesn’t really matter.

How will Buckeyes proceed on special teams?

There is nothing more baffling at Ohio State than its inability year after year to find a consistent, reliable option in the return game, and the entire momentum shifted Saturday after Garrett Wilson muffed a punt that led to the opening touchdown allowed at Rutgers. Obviously it didn’t really change the outcome much against the Scarlet Knights, but those kind of mistakes get much tougher to overcome against championship-level competition. The upside with Wilson is probably worth the risk, particularly now that he’s had a freshman moment that he can learn from with position coach Brian Hartline. But now both Wilson and Demario McCall have put the ball on the turf back there, a problem for the Buckeyes that predates those two by several years. At some point, Ohio State needs to get that cleaned up — it’s far too talented to have that issue keep popping up on special teams.

Who will deliver Heisman Trophy moment for Ohio State?

The race to be the top candidate for the Heisman just on the Ohio State roster is about to really heat up down the stretch. Young is set to return and might get an unexpected boost both from his defensive status and the anti-NCAA sentiment that swirled most recently around his suspension. And the rest of the country is finally starting to wise up to the fact that Justin Fields and J.K. Dobbins have missed out on a ton of stat-padding opportunities by rarely playing much in the second half of games — even though both the quarterback and tailback still have pretty impressive numbers as it is. But playing against big-time competition and delivering when the stakes are highest can launch a campaign to the next level. Who will make the most of it for the Buckeyes this week?

Ohio State opens as double-digit favorite over Penn State
Which Buckeyes helped their cause in win over Rutgers?
Advertisement
Advertisement