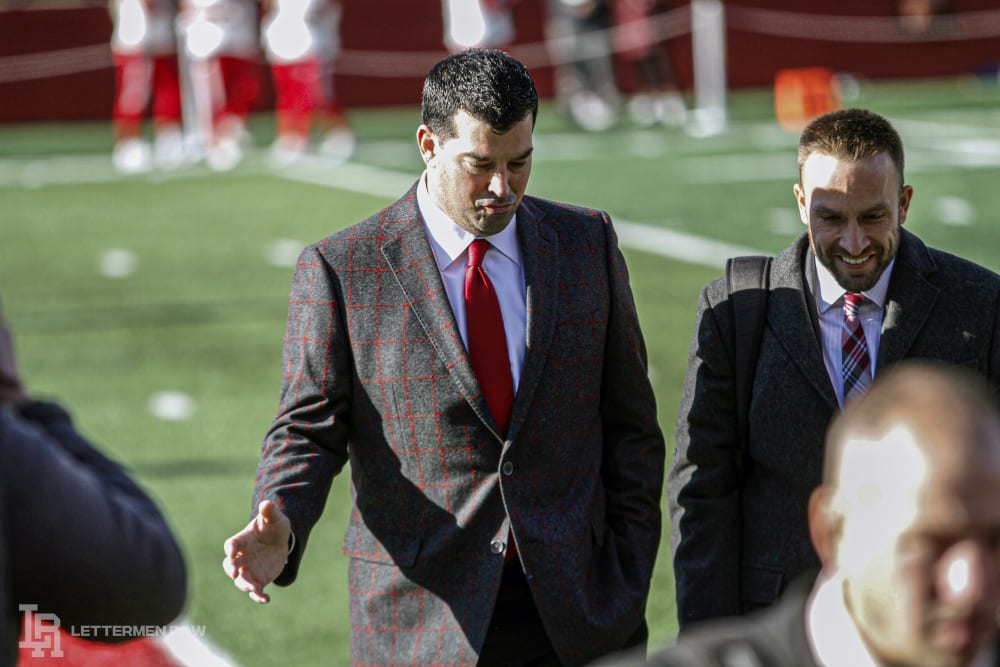 COLUMBUS — Get familiar with the new buzzwords for championship season at Ohio State.

Basically, what happens for the Buckeyes when they finally get to face teams that are actually on their level?

From Ryan Day on down through the Buckeyes who met with the media on Tuesday before practice, those three words were by far the most common as the focus shifted to Penn State and the Big Ten East Division title game on Saturday at the Horseshoe. And while it’s not meant as an insult to any of the opponents No. 2 Ohio State has already faced and blown out this season, it does serve as a reminder that the most important, potentially competitive games have now arrived.

“I think our team knows what’s at stake, we have talked about that,” Day said on Tuesday. “But now it’s time to just focus on Penn State. This is a talent-equated game. We all know we have been in some games that we have had more talent than some of the other teams we have played. This is a team that talent equates.

“So, when that happens it goes back to discipline, it goes back to fundamentals, it goes back to toughness, all of those things that come into play when your talent no longer matters. So those are the things and we got to do a good job putting a good game plan together, let the guys play and then prepare them to go. Then the team that’s more prepared will win the game.”

The Buckeyes ramped up that preparation on the practice field on Tuesday afternoon, a session that obviously included a fully-cleared Chase Young ahead of his highly-anticipated return this week from a two-game suspension. What did Lettermen Row learn about the work being done by Ohio State to prepare for Penn State? Here are more takeaways from the weekly media session.

Certainly it’s not breaking news that having the most dominant defensive player in the country back on the field is going to be an advantage for Ohio State. And since Chase Young has been practicing and wasn’t injured, it’s not like the Buckeyes have to be careful easing him back into the lineup.

But it also doesn’t hurt that Ohio State racked up eight sacks over the last two games while Young was suspended, which could make the Silver Bullets even more of a handful for Penn State in pass protection.

“I’m very excited — are you excited?” co-defensive coordinator Jeff Hafley joked. “I mean, I think everybody should be excited. I think he’s one of the best players in college football. I think our team is excited, the coaches are excited and I’m sure the fans are excited. We’re excited for him, because I know it was hard for him not being in those last two games.

“I’m excited for him to get out and get back at it.”

After spending the better part of the season seemingly with invisible shackles keeping him from running all that much or putting his body in harm’s way, the Buckeyes have reached the point of the schedule where it can’t afford to hold anything back. And when the talent starts to equate, the athleticism of Justin Fields can undoubtedly tip the scales back in favor of Ohio State.

Fields loves to throw, and he’s always going to look to use his arm and get teammates involved before scrambling on his own. But it’s possible the designed rushes or zone-read runs could get dialed up a bit more against a quality defense like the one Penn State will bring to the Horseshoe, and Fields is ready for any toughness test in his path.

“It really is whatever it takes from me every game.”

After everything Branden Bowen has been through at Ohio State, he’s rarely been one to hide his feelings from the world whether going through a grueling rehab, reclaiming a starting job or celebrating the birth of his child. So, if there was anybody getting set to take part in Senior Day festivities who might get a little choked up ahead of the final game in the Horseshoe, the senior right tackle felt like a safe bet.

Turns out that right now he’s apparently too focused on beating Penn State to even be thinking about what Saturday also signifies for him personally.

“Oh yeah,” Bowen said. “I was thinking about it last night, but that completely slipped my mind that it was [this week]. I didn’t think I was going to be as emotional as what I think now. It’s definitely going to be crazy.

“It’s been a long journey, but I guess we’ll have to see.”

The unsung heroes of the Silver Bullets are again about to see the spotlight shift right back to the edge with Chase Young returning, and obviously the superstar defensive end is going to be play a major factor in containing dual-threat Penn State quarterback Sean Clifford.

But the defensive tackles on the interior have been critical all year long for the Rushmen, playing at an extremely high level, collapsing pockets and making it difficult even for dynamic athletes to find escape routes against them. Clifford isn’t the first passer who can run that the Buckeyes have faced this year, of course, and by and large the nation’s best defense has answered the challenge.

“I feel like we’ve done pretty good — but we can do a lot better,” defensive tackle Robert Landers said. “There’s always room for improvement, and I think that’s one of the beautiful things about our defense this year. Even with us putting on good performances week in and week out, they’re not elite performances. There’s still so much that we need to work on that we can correct.

“When we come back to the drawing board, on the outside looking in it looks good. But on the inside looking at it, it’s like: ‘Oh my god, we look awful.’ There are still a lot of things to work on.”

Buckeyes offered peek at future in blowout at Rutgers, not much more
CFP Reaction: No. 2 Buckeyes have huge opportunities to reclaim top seed
Advertisement