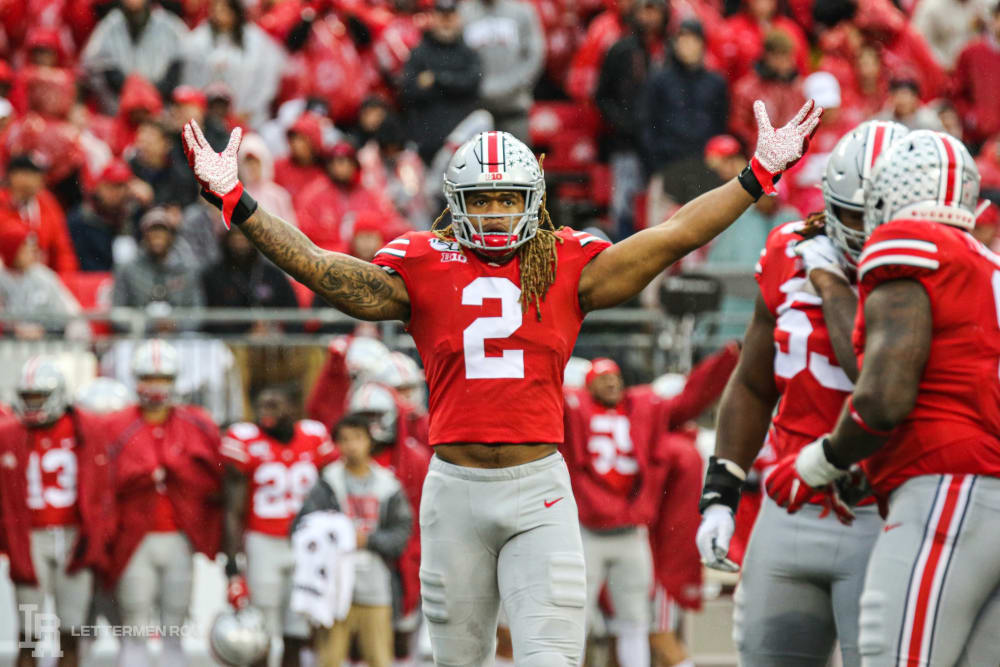 Ohio State defensive end Chase Young will be back in action for the Buckeyes against Penn State. (Birm/Lettermen Row)

COLUMBUS — The talent margin between Ohio State and its opponents is finally shrinking.

It still might be a stretch to suggest it’s truly even between the Buckeyes and Penn State. But for the first time this season, a glance at the personnel on both rosters suggests a real possibility of a four-quarter battle for the most complete team in the country.

But No. 2 Ohio State is still a comfortable, double-digit favorite over the Nittany Lions for a reason in the Big Ten East Division title game. But the Buckeyes still have to go prove why that was the case on the field, and Ryan Day has certainly been able to get their attention by repeatedly hammering his talent-equated mantra this week.

“We all know we have been in some games that we have had more talent than some of the other teams we have played,” Day said. “This is a team that talent equates. So when that happens it goes back to discipline, it goes back to fundamentals, it goes back to toughness, all of those things that come into play when your talent no longer matters.

“So, those are the [key] things, and we have got to do a good job putting a good game plan together, let the guys play and then prepare them to go. Then the team that’s more prepared will win the game.”

The Buckeyes already have 10 consecutive blowout victories to their credit, a tribute to the way they’ve focused on every opponent so far this season. The Lettermen Row staff has unanimously picked Ohio State to win again and claim the East Division crown, so as always, the crew is going beyond the score with Five Bold Predictions for the matchup against Penn State in the Horseshoe. 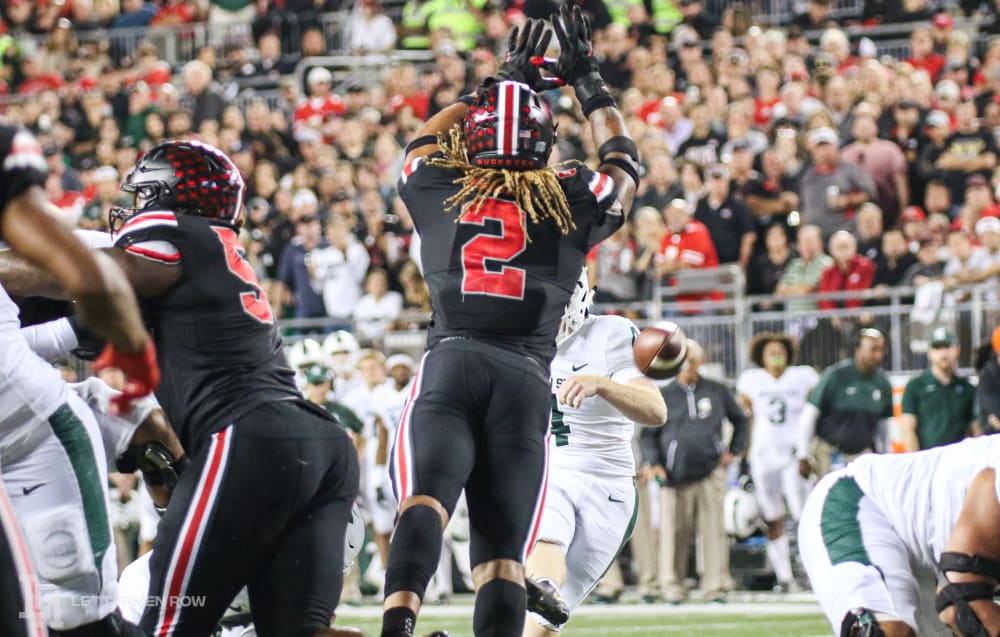 The last time Chase Young walked off the field in the Horseshoe, he had just delivered one of the most jaw-dropping displays of pass-rushing brilliance in Ohio State history. The junior captain could clearly still produce more if given the chance, and thanks to an off date followed by his two-game NCAA suspension, he’s had almost four full weeks to cook up an encore. That was a respected Wisconsin offensive line that Young was shredding for four sacks in his last outing as he soared into Heisman Trophy contention, and Penn State has had plenty of struggles blocking the last few standouts for the Rushmen — including a banged-up Young last year. Motivated, rested and looking to make up for lost time, Young is more than capable of breaking the school record he tied in his last outing.

Jeremy Birmingham: Ohio State will be trailing at halftime

Maybe it’s the taste of the last handful of Penn State matchups still in my mouth, but I am struggling to see Saturday playing out and not being a barnburner — at least for a half. Penn State is a good football team, and despite some limitations to his game-day machinations, James Franklin does a good job getting his guys ready to play in this game and the assistant coaches for the Nittany Lions are very good as well. This is a game for all the proverbial marbles, and because of that I think it’s reasonable to expect the Buckeyes to come out a little tight as the emotions of Senior Day and the weight of a Big Ten title and a College Football Playoff berth loom large. Penn State will take a 14-10 lead into the half, and at that point Ohio State will make the necessary adjustments to respond and secure a comfortable win. 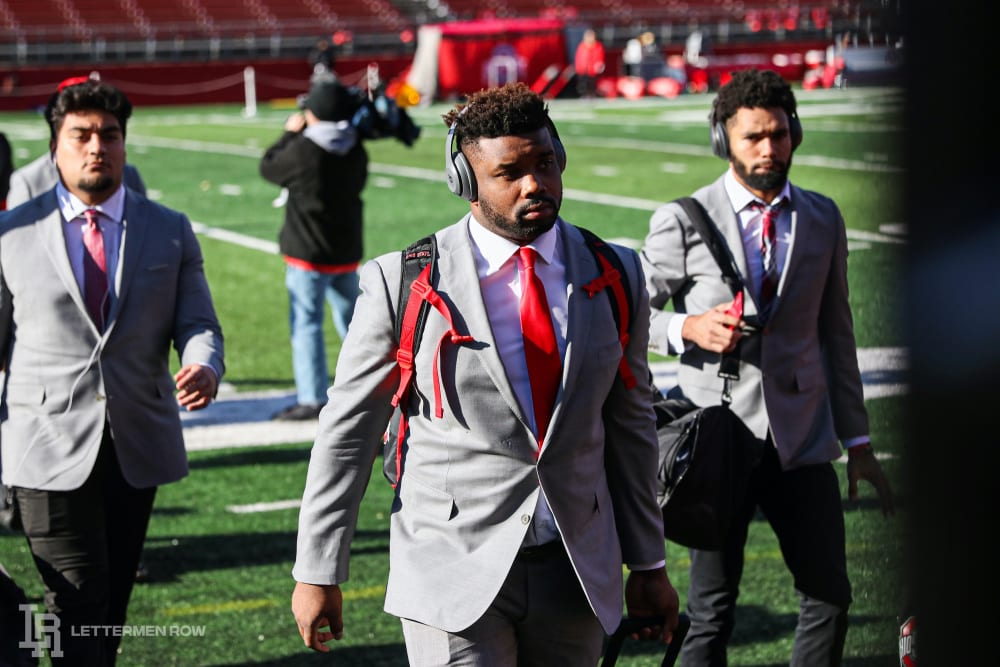 Tim May: Defensive tackles rack up four sacks for Buckeyes

There’s no mistaking the big news of the week with Chase Young returning from a two-game hiatus against Penn State. With everything on the line, Young’s return coincides with Ohio State’s Klaxon call for all hands on deck to face the toughest challenge so far this season. While the watch is on to see whether Young, with 13.5 sacks this season, can top Vernon Gholston’s school-record 14 set in 2007, it says here that defensive tackles DaVon Hamilton, Jashon Cornell, Robert Landers and others who work the interior will take advantage of the distraction to wreak some havoc of their own. How about the defensive tackles accounting for at least four sacks as Penn State quarterback Sean Clifford seeks avoid the rapid rush of Young?

Maybe Penn State will be the team that can finally run on Ohio State’s defense. If the Nittany Lions can’t, they’ll have to throw into a secondary that creates turnovers at a high rate. Jordan Fuller and one of the starting cornerbacks will each have an interception. If the Buckeyes can cover the tight ends that Penn State quarterback Sean Clifford likes to feature, one of the linebackers might get their hands on a pick, too. Give me two or three Ohio State interceptions that change the game’s trajectory.

Chris Olave has emerged as Ohio State’s best receiver this season. Despite playing on one of the Buckeyes most deep and talented position groups, the sophomore has been the go-to weapon for quarterback Justin Fields in the red-zone. Olave has nine touchdowns on the year, which ranks him tied for first in the Big Ten. Penn State has a below average pass defense which gives up an average of 240 yards per game — on par with teams like Maryland and Rutgers. I’m not sure if it’s really that bold, but I predict that Olave will have a big day against the Nittany Lions and add three touchdowns to his season total.