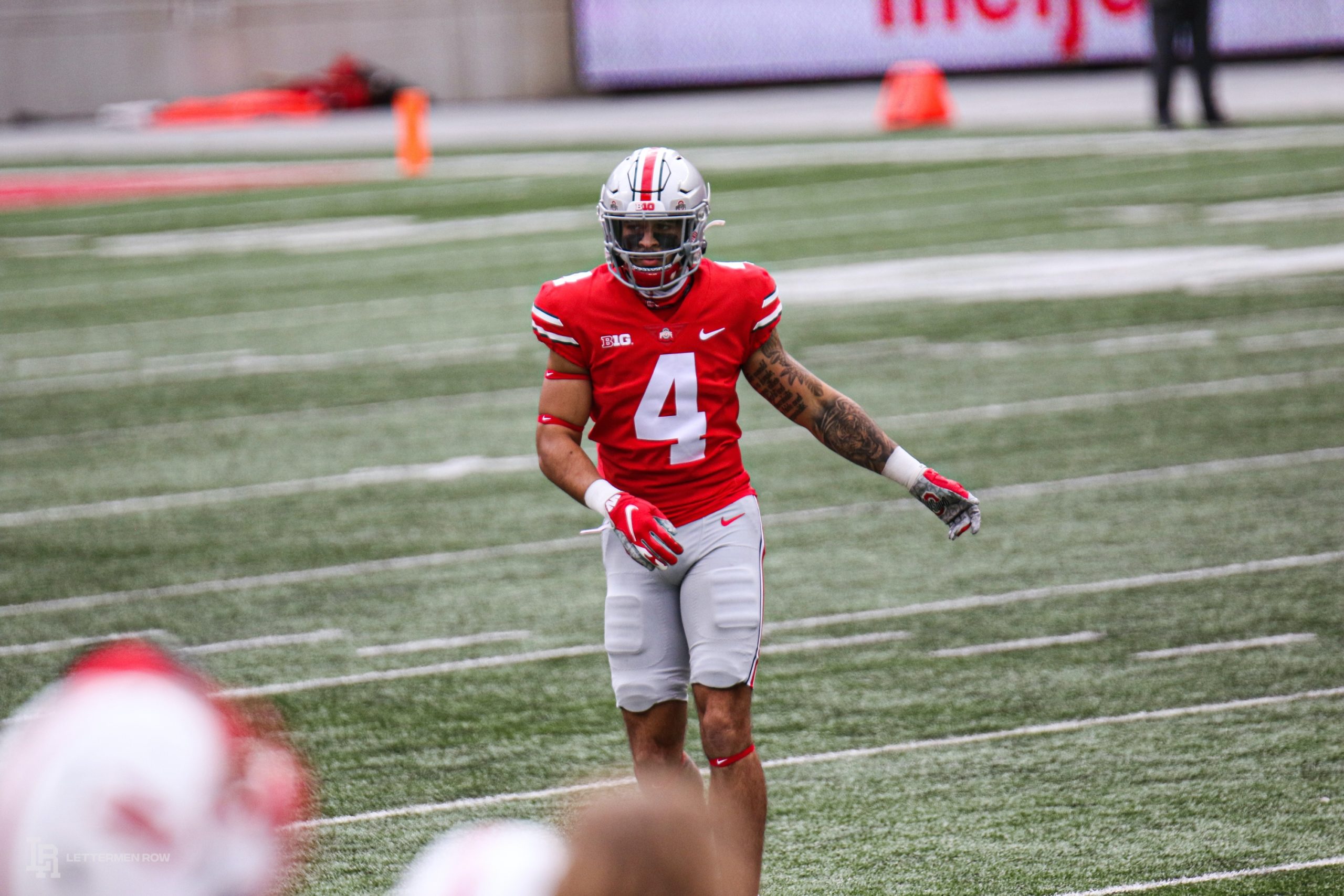 COLUMBUS — The matchup for Ohio State might not look quite as appealing as expected.

But Penn State losing its opener won’t do anything to actually lessen the challenge and change the mindset for the Buckeyes.

Ohio State is fully aware of the battles it has had recently with the Nittany Lions. It still knows that Penn State is the closest threat in the Big Ten when it comes to matching the depth and talent on the roster. And obviously the Buckeyes are now aware that Penn State is backed into a corner with its chances of winning the league already dangling by a thread heading into Saturday’s primetime showdown in Happy Valley.

“They’re always going to be hungry when they play us,” Ohio State coach Ryan Day said. “But certainly when you lose a game like that, everyone just gets a little more hungry. So, we’ve got to do a great job this week.

Is another classic in the Ohio State-Penn State series on the way? The Lettermen Row staff has unanimously picked the Buckeyes to get another win, and to get set for kickoff the guys are again back with Five Bold Predictions for how it’s going to happen. 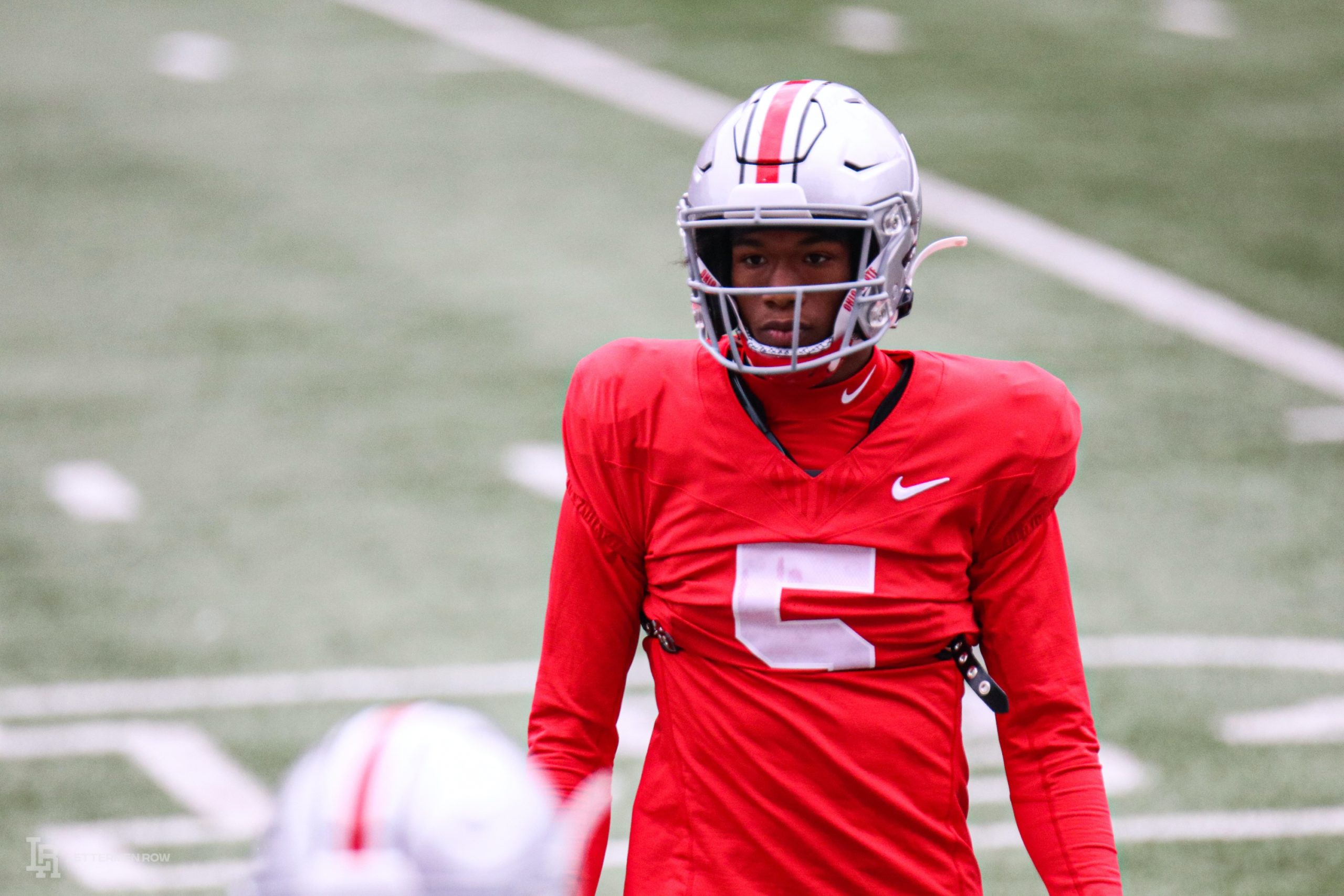 The punt-return drought is finally going to end for Ohio State, and Garrett Wilson is just the man to do it. The sensational sophomore has been on the brink of breaking through several times now on special teams, and it’s already clear how much more comfortable he is in that key role for the Buckeyes after nearly busting loose on a 22-yard pickup in the opener against Nebraska. It’s always been mystifying how one of the most talented rosters in the country could struggled to find a spark in the return game for so long, but Wilson is poised to end that conversation and snap a touchdown-less streak that dates back to 2014.

Chris Olave will play Saturday for Ohio State, and he’ll prove to be a difference-maker by catching three touchdown passes from Justin Fields. After a long, difficult offseason, Olave returned to action last week for the first time since the devastating Clemson loss. And though he was solid, he did drop touchdown and lost a fumble before leaving the game following a big hit to the head. Saturday against Penn State, he’ll provide the headache as the Nittany Lions try and slow down Fields running ability and look for ways to bracket Garrett Wilson in the slot.

Tim May: Pair of sacks, interceptions coming for Buckeyes

No crowd means no true White Out conditions, which means for the first time in this rivalry the Ohio State offense and defense can operate with impunity in Beaver Stadium. Expect to see the Ohio State defense step more out of the turtle shell from which it played early on last week. The pass rush will net minimum two sacks, especially as end Zach Harrison — his late appearance against Nebraska still not explained — turns up the heat. That heat will pressure Sean Clifford into tossing a minimum two interceptions — let’s say Shaun Wade gets one, Marcus Hooker gets one — as the new outfit finds its footing. Just call it deuces wild for the Silver Bullets. 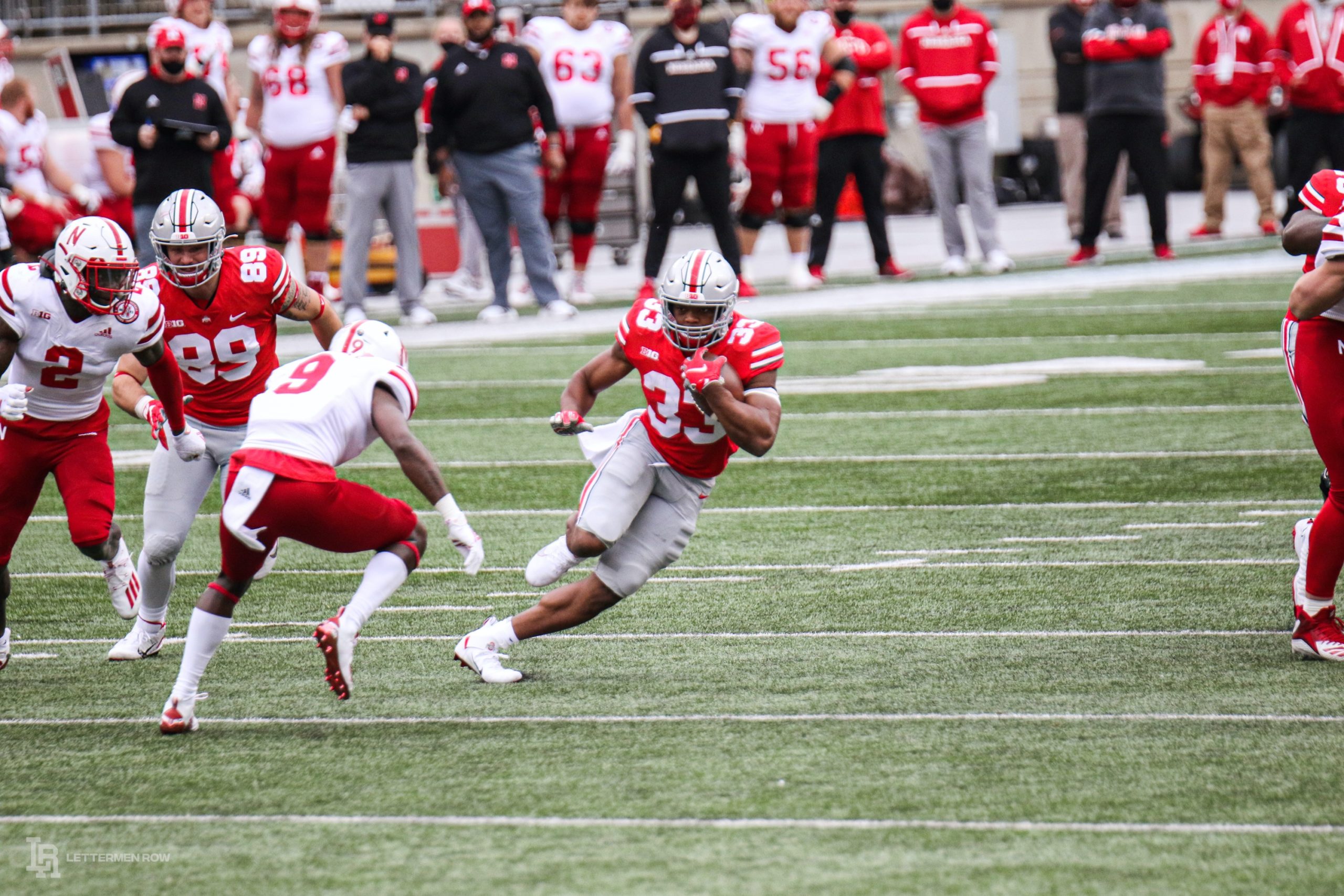 Ohio State struggled to run the ball last week, and the game just felt weird for the Buckeyes offensive line. And that performance last week raised some eyebrows. The Buckeyes hear those concerns, and when that happens, they seem to always respond. Don’t worry, they’ll get that opening act corrected against Penn State. Trey Sermon and Master Teague — and maybe even Steele Chambers — will find success against Penn State’s over-aggressive defensive front and have a great day in the run game. They’ll have at least 200 rushing yards as a collective in a primetime win.

After Jaxon Smith-Njigba validated last week’s prediction a freshman wide receiver would score, it’s time to double down. This time it will be Julian Fleming making a big play. Against Nebraska, Chris Olave and Garrett Wilson were the main targets, catching the vast majority of targets from Justin Fields. I think Fields will spread the ball around against Penn State, and Fleming will be a beneficiary. Last week, he caught just one ball, but he appeared to be in the mix for significant playing time this season even in an extremely deep, talent-laden unit. Motivation is probably not a factor, but it’s worth noting that Fleming caught a lot of heat from Nittany Lions fans when he chose Ohio State. He grew up an hour from State College and was by far the state’s best high school player last season, which will make his success this week even more intriguing.