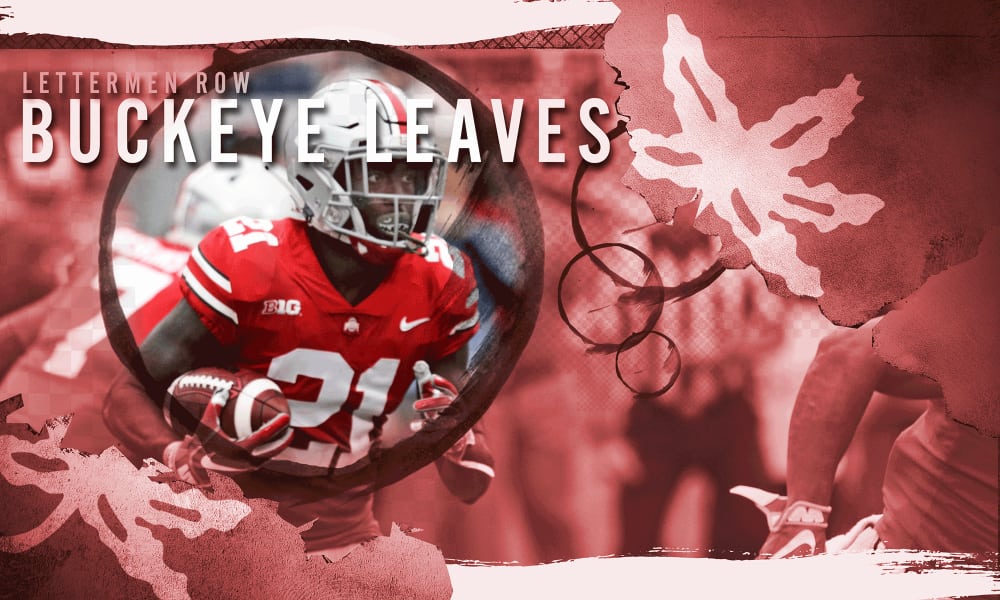 Parris Campbell set the tone for Ohio State in a win over Tulane. (Birm/Lettermen Row)

COLUMBUS — Ohio State was always going to be thrilled to get another season out of Parris Campbell.

So far, it’s hard to argue with how it’s working out for the veteran wide receiver as well.

Both parties had another chance to celebrate Campbell’s decision to come back for one more season on Saturday against Tulane. And seemingly every time he touches the football, his professional stock goes up and the Buckeyes get scarier for opponents.

“Just his ball skills [have improved],” Ohio State coach Urban Meyer said. “He made a decision — he should have come back. I think he’s a top first-round draft pick at some point, but he had to improve his ball skills, especially down field.

“He’s improved the crossing routes and bubbles and those types of things. The execution today on that pause route was perfect. He’s really playing well.”

If Ohio State had needed him for the second half, Campbell might have shattered every record imaginable for a wide receiver in a single game. Instead he had to settle for 8 catches, 147 yards and a pair of touchdowns in the 49-6 throttling of Tulane, setting the stage for next week’s huge trip to Penn State.

Campbell’s effort was worthy of a Lettermen Row Buckeye Leaf, his first of the season. Who else earned some individual acclaim? Here’s the rundown as Ohio State moved to 4-0 for the year. 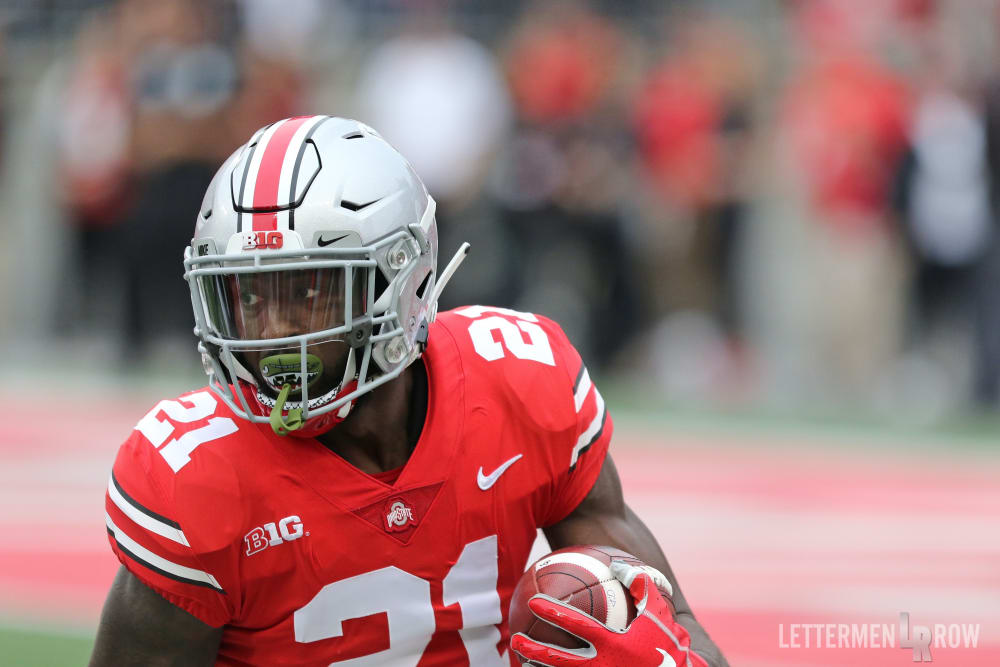 Parris Campbell is playing like a superstar for Ohio State at wide receiver. (Birm/Lettermen Row)

Since Dwayne Haskins continues to be too obvious of a choice with his ridiculous start at quarterback, once again his top target is getting the nod. Parris Campbell has clearly improved his hands, his routes are sharp and he’s playing with no shortage of confidence. So add all that together with some speed that has never been questioned and Campbell has become a legitimate problem for defenses. Ohio State loves to spread the football around on offense, but it’s becoming clear that it must make it a priority to get it in Campbell’s hands.

Much of his work came with the outcome already clinched in the second half, but it had to be encouraging for Ohio State to see the veteran linebacker contributing again. Dante Booker has won starting jobs twice in his career only to have injuries or inconsistency knock him out of the lineup, and it seemed like a possibility that he might not even return to the program for another season even during spring practice. But Booker made his presence felt in the Tulane backfield with three tackles for loss, including a sack, and maybe he’s getting himself back in a position to help the Silver Bullets when it matters more. 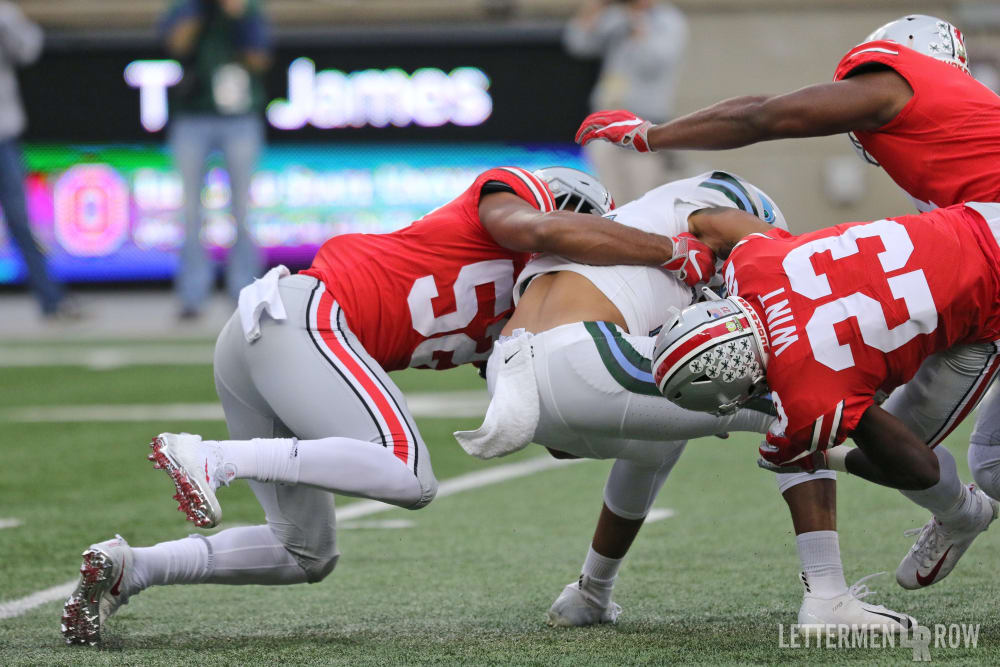 Dante Booker came off the bench to deliver a strong performance for Ohio State. (Birm/Lettermen Row)

The Buckeyes have been searching for both a spark and a consistent set of hands in the return game, and it appears that plan might now include the veteran wide receiver. K.J. Hill was composed back there fielding punts, showed some wiggle on a 17-yard return and might benefit from a scheme that also includes C.J. Saunders back there with him at times. Going on the road against a marquee opponent, it will be imperative that Ohio State can get reliable work in the return game.