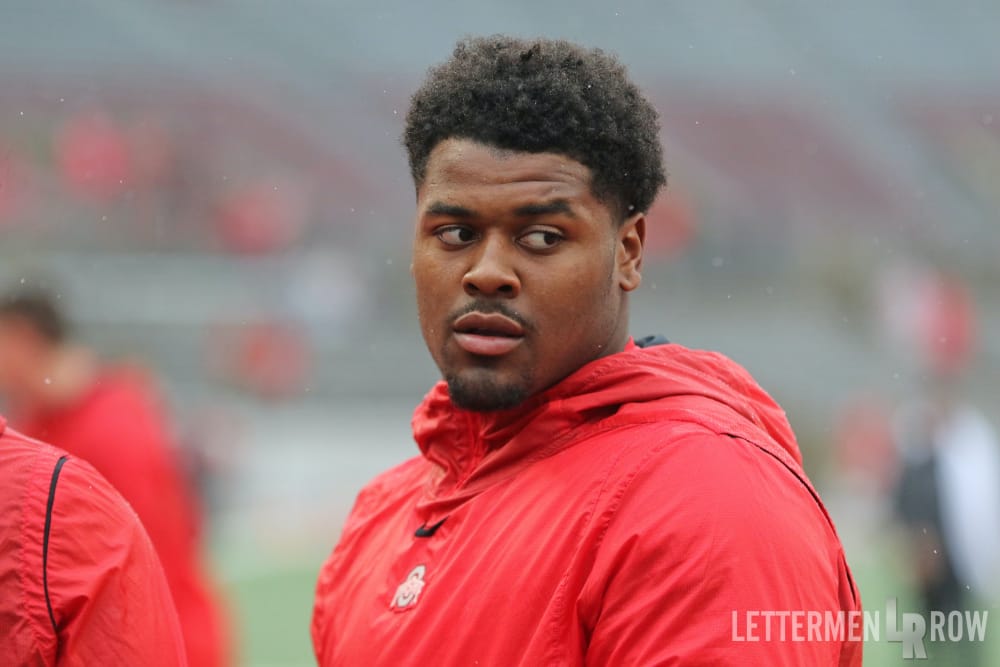 Ohio State defensive tackle Taron Vincent could be ready to explode for the Buckeyes. (Birm/Lettermen Row)

COLUMBUS — Surviving the offseason conditioning program at Ohio State under Mickey Marotti can’t be done with shortcuts, so everybody who reported for duty last week is putting in work.

But there are always still some Buckeyes who get more out of the dreaded, draining winter workouts than others. And in case anybody needs a reminder of what that can do for a player looking for a more prominent role, just ask Darron Lee.

The former Ohio State linebacker had never started a game and was coming off a redshirt season when he steamrolled his way through the two months of grueling workouts under Marotti’s watch. And without even putting on the pads during January or February, the way Lee handled the rigors of the strength program convinced the coaching staff to give him the first shot at a starting job when spring practice started — and he never looked back.

Are there starting candidates waiting to emerge as Marotti puts the Buckeyes through the paces in snowy Columbus right now? Who might be next in line for Ohio State? Lettermen Row has five guys in mind who might just develop into stars by the next time they get to put on a helmet.

A breakout winter would hardly come as a surprise to Ohio State given how impressive the work ethic has already been for Teradja Mitchell since he showed up for his first season with the program. But he was still limited to just making an impact on special teams and fighting for reserve reps at linebacker last year, which makes this a critical stretch for him to continue developing physically. If Mitchell is able to take that next step, it might be close to impossible for the Buckeyes to keep him on the bench again heading into his sophomore campaign, even if the unit of linebackers is loaded with talent and shaping up to be a competitive battle for snaps. 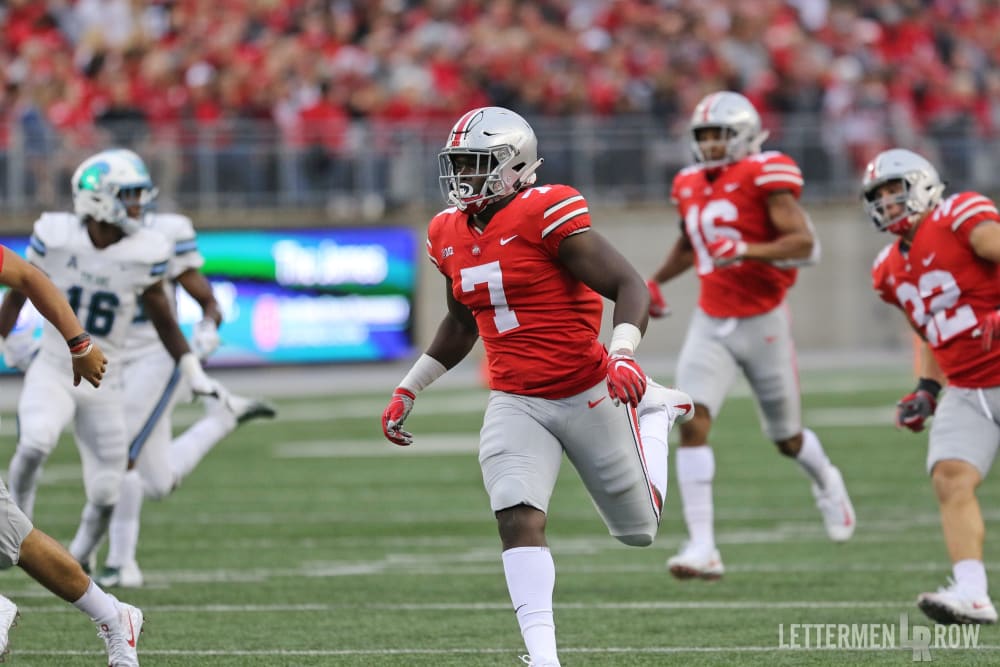 The potential for the former five-star tackle is off the charts, but it’s hard even for the best high-school prospects to show up at the next level and make an impact as a true freshman on the offensive line. Petit-Frere, in particular, needed to add more weight and strength to his 6-foot-6 frame before he could start contributing for the Buckeyes up front. And he’s the perfect example of a talented player who could make a significant jump after a winter of working with Marotti. Ohio State could really use that development from Petit-Frere as well, because there is only one full-time starter returning on the offensive line.

The acclimation period happens at different speeds for everybody, and it took a bit longer than Josh Proctor might have anticipated when he arrived last summer with an eye on cracking the rotation at safety right away. That didn’t happen for him, obviously, but the off-the-charts athleticism, his willingness to improve and a knack for chasing down the football certainly haven’t disappeared just because he was primarily on the bench for a year. Ohio State is in much better shape at safety with Jordan Fuller and Brendon White returning next season. But the Buckeyes love to be able to rotate in the secondary, and Proctor could add depth and flexibility as he starts tapping into his high-end ability. 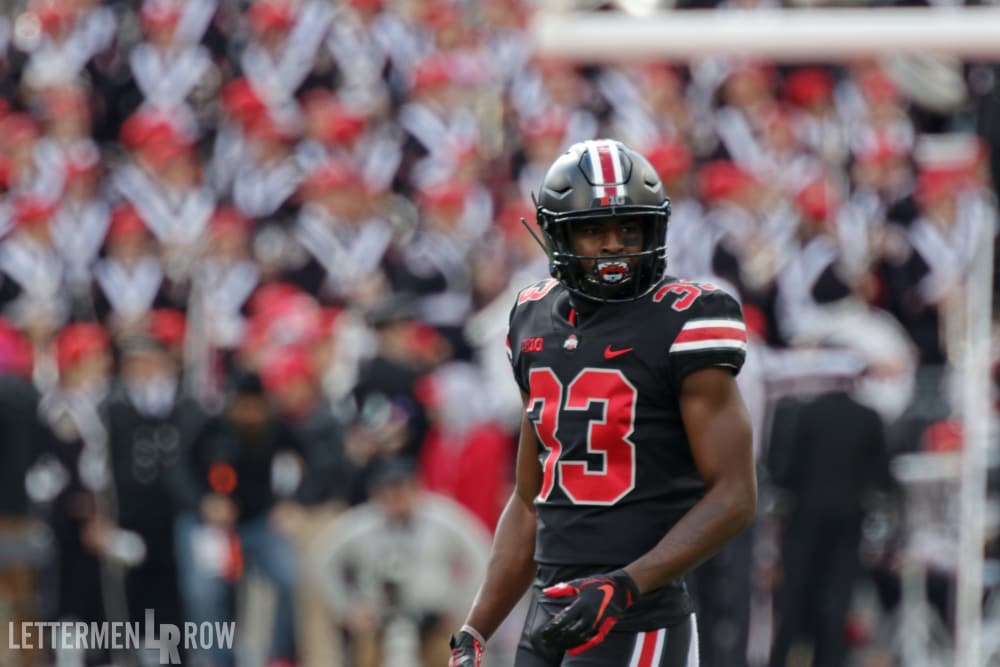 Ohio State safety Josh Proctor is looking to make an impact as a sophomore for the Buckeyes. (Birm/Lettermen Row)

There may still be some restrictions on the talented wide receiver thanks to the ACL tear he suffered last summer, but that doesn’t make this stretch any less important for Kamryn Babb as he works his way back to full health. Babb has certainly been snakebit when it comes to injuries throughout his career, but Ohio State has always proven to be creative with finding ways for guys to develop both on the field and off to make sure they’re prepared once they get back to full speed. With three veteran starters now gone, there is an opportunity for playing time at wide receiver — and Babb is a name to remember.

The Buckeyes slowly started working the five-star into the rotation last season, and Taron Vincent chipped in a handful of tackles and a sack when given a chance to get a taste of experience. Heading into his sophomore season, it’s fair to expect a far heavier workload as Marotti starts unlocking all that physical potential in the 6-foot-2, 285-pounder. When position coach Larry Johnson gets his hands on him again in the spring, the Buckeyes might have a monster on their hands as they look to replace the production lost with Dre’Mont Jones declaring for the NFL Draft.